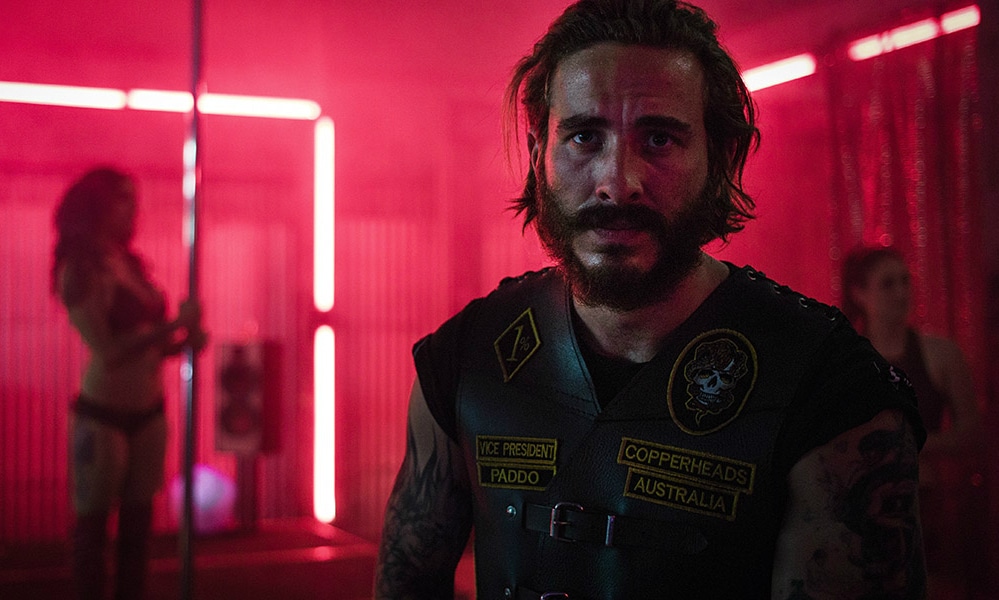 Why do film festival titles so often have to “feel” like film festival titles?! You know the type: austere, dry, deadly, even the action movies are featuring little action, and the thrillers few thrills. Well, the paradigm changes with director Stephen McCallum and writer/star Matt Nable’s blistering film 1%. The film still belongs in a festival like TIFF, as the Discovery title was actually the first one programmed by Jane Schoettle. What it doesn’t do is bore the viewer into submission as the tale of bikers reorganizing is that of a Shakespearean drama, but really about any sort of organizational structure and hierarchy, from bikers, to wall street analysts.

Indeed, Ryan Corr is a worthy lead actor as “Paddo”, but make no mistake about it, the star of the film is actress Abbey Lee, who hides in the grass for a while before we see her and then takes hold of the film in the potentially supporting role of Katrina, and Simone Kessell fares well as Katrina. Lee cuts a towering figure in the featured image. Beware!