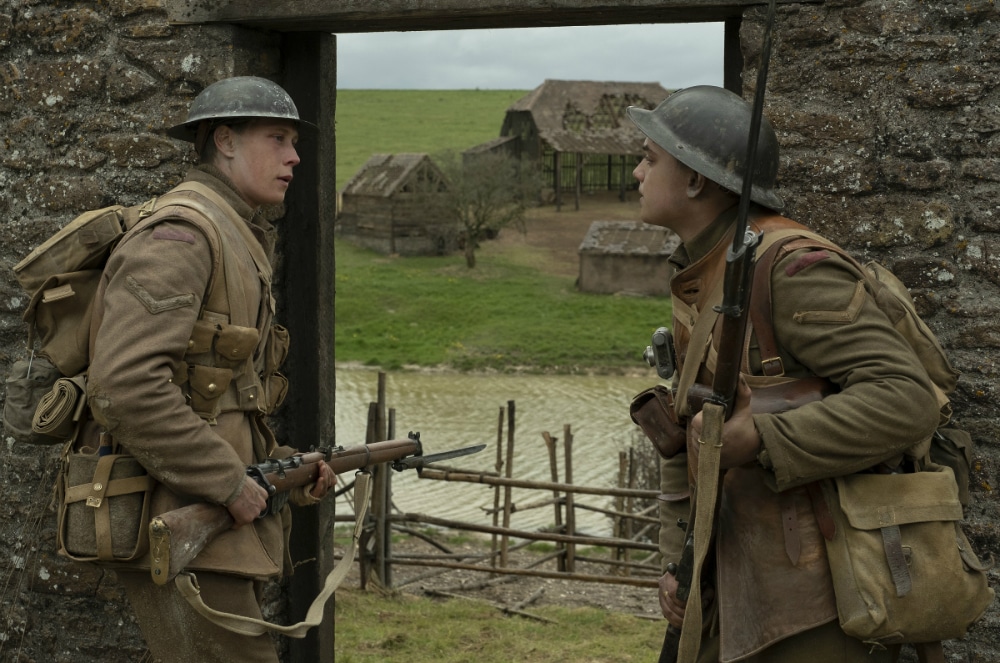 Can an ugly event be made beautiful on film? It’s a question to ask Sam Mendes, the director and co-writer (with Krysty Wilson-Cairns) of the new film 1917. It’s set during World War I and shot with an eye towards lushness—even if splattered by blood. In short, Mendes’ filmmaking choices make it apparent he would answer that question in the affirmative. Except it’s hard to just soak up his film’s wonderful images, and harder still to set aside the specious reasons for its conflict.

The pull of 1917 is its structure. Two soldiers, Blake (Dean-Charles Chapman) and Schofield (George MacKay), awake near the frontlines in rural France and are given a mission. They must warn an adjacent battalion, which includes Blake’s brother among its ranks, of an impending trap. They have until morning, and so the film (almost) never appears to cut. From start to finish, we’re with the pair as they cross no man’s land and beyond, all in pseudo-real-time. As an exercise in tension, the film knows what it has with this conceit. And while the foregrounded acting (from Chapman and MacKay, plus Andrew Scott and other British stalwarts) is solid enough, the work of acclaimed cinematographer Roger Deakins is the real draw. Coupled with a score from Thomas Newman, 1917 is indeed a marvellous technical achievement. At worst, there are moments when it feels like a video game cutscene; at best, the film comes alive with unique and breathtaking vigour, blasting past thin characters and familiar motivations to capture something powerful in motion.

As a result, 1917 calls to mind the recent gamesmanship of Christopher Nolan’s Dunkirk, which is also a beautiful film but colder and largely consumed with the mechanics of survival. There’s heroism in that film too, but it functions with a sharper edge, its expression of war’s futility stopped-up by the moral imperative of WWII. Mendes wants that too, and for long stretches he achieves it. But his film’s design ultimately does make survival into a game, and its merits—shiny as they are—come to feel like the medal one character calls, “just a bit of tin.”