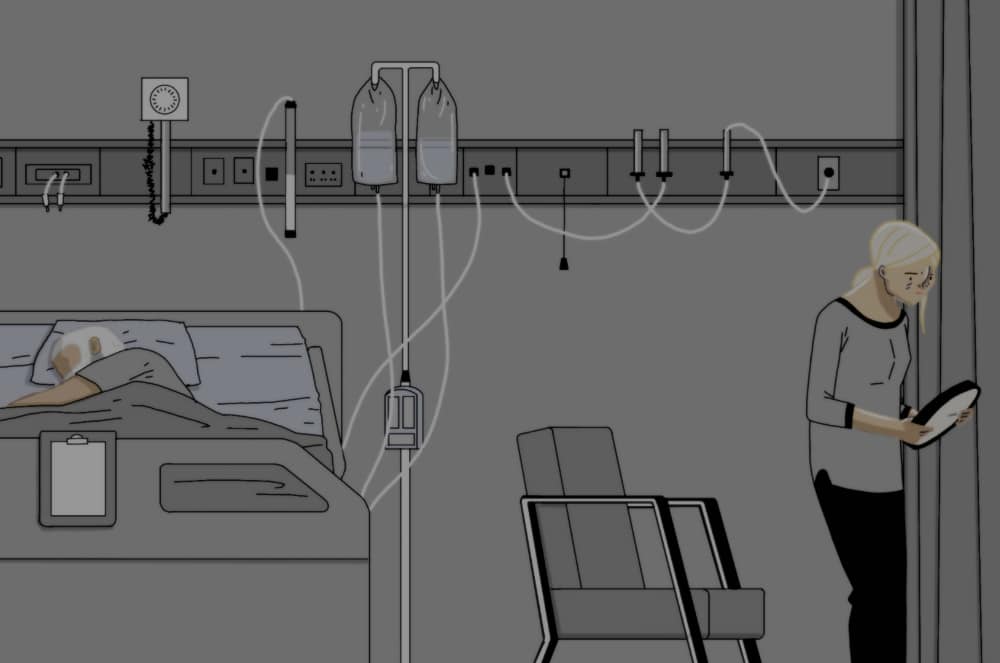 There’s a feeling of moving without moving in 4 North A, a short film written by Jordan Canning and co-directed with animator Howie Shia. With clean and colourful lines, we shift from hospital scenes into nature, and back again. We’re also meant to drift through time as the woman at the film’s centre reflects on her memories of the father dying before her.

Canning has said 4 North A was drawn from stories involving her own mother tending to her grandfather. There’s a specificity in that, owing to means and geography, but it speaks to something familiar to everyone. Linking the cycles of life and death to various processes in nature is also no great stretch, yet it proves effective here. A dead bird, a struggling fish, peaches enjoyed to their pit—all fit together in the tiny mosaic of this film. That’s thanks to Shia’s simple and evocative work, particularly his transitions from the antiseptic hospital to wider environs. And also the film’s appreciation for stillness—even that big final one. In this, credit goes to Canning for finding something new to say about such a universal idea.

As a modest reflection of shared experience, 4 North A doesn’t stand out in any grand way. As personal as it is, it also doesn’t quite have to. The film works because it reminds us that even in our pain or grief, we are not alone. As a salve for the eyes and heart, that’s often enough.