A Beautiful Day in the Neighborhood Review 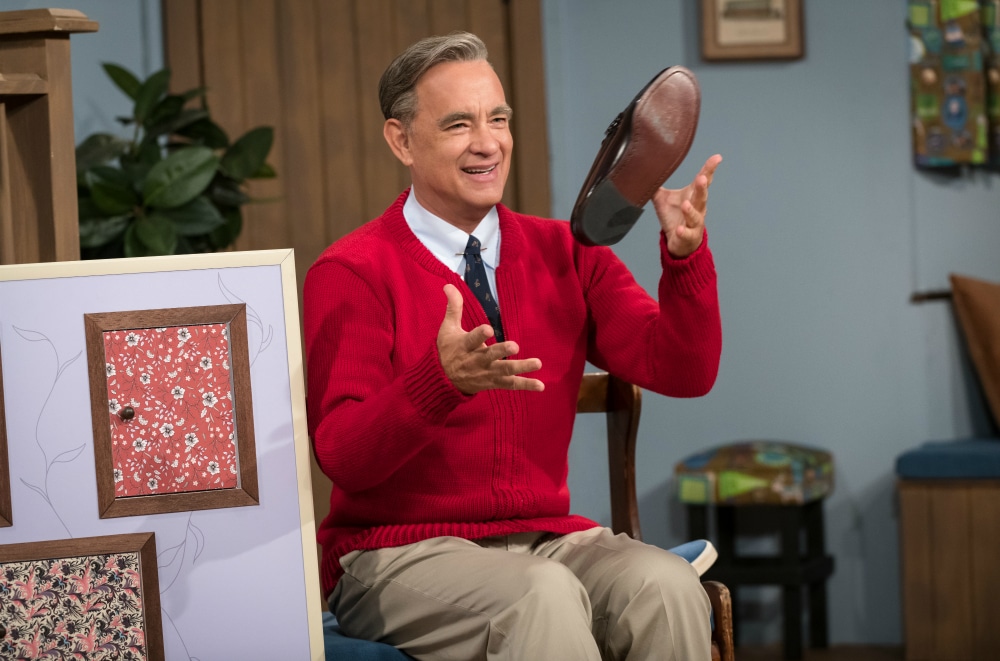 Director Marielle Heller’s A Beautiful Day in the Neighborhood opens with the familiar music and streets of Mr. Rogers. Her film isn’t about the man, but it is about what he believes and, more importantly, what he does. It’s all framed in that opening. Tom Hanks as Fred Rogers does his usual singalong greeting, and then slowly introduces us to the film’s protagonist. It should feel silly, except somehow it doesn’t. Instead, the more we look at this film, the more it looks back at—and into—us.

Lloyd Vogel, played by an understated Matthew Rhys, is A Beautiful Day in the Neighborhood‘s main character. He has no relation to Tom Junod, the writer of the article on which the film is “based,” but that’s not important. What does matter is how Heller, with writers Micah Fitzerman-Blue and Noah Harpster, filter this imaginary story through the prism of Mr. Rogers. In the film, Vogel is assigned to write about the TV legend and arrives in Pittsburgh hellbent on exposing what he deems the “real” Fred Rogers. Vogel himself is dealing with new fatherhood, and the spectre of his own ailing dad, Jerry (a well-cast Chris Cooper); he knows how to investigate, but also how to keep things like emotions hidden. Surely, Vogel reasons, this sainted figure has a dark side too. What he comes to realize, however, is that the work that goes into being Mr. Rogers and plain ol’ Fred is the same; he’s a persona, sure, but real too. In that, even with its somewhat rote father-son narrative, Heller locates the source of her film’s true and uncommon power.

While Hanks’ performance is part of that, Neighborhood‘s true strength is found in its ability to get us to slow down, to think, and to feel. We don’t really learn the “truth” of Rogers in the film, and Rhys’ Vogel remains a screenwriting construct. Heller’s surreal flourishes do connect one to the other, and draw our eyes in, but they also act as one more mediating layer. The truth is actually simpler: I love this film because it’s difficult to look inward, and rewarding when you do.

Win advance screening passes to Jumanji: The Next Level!