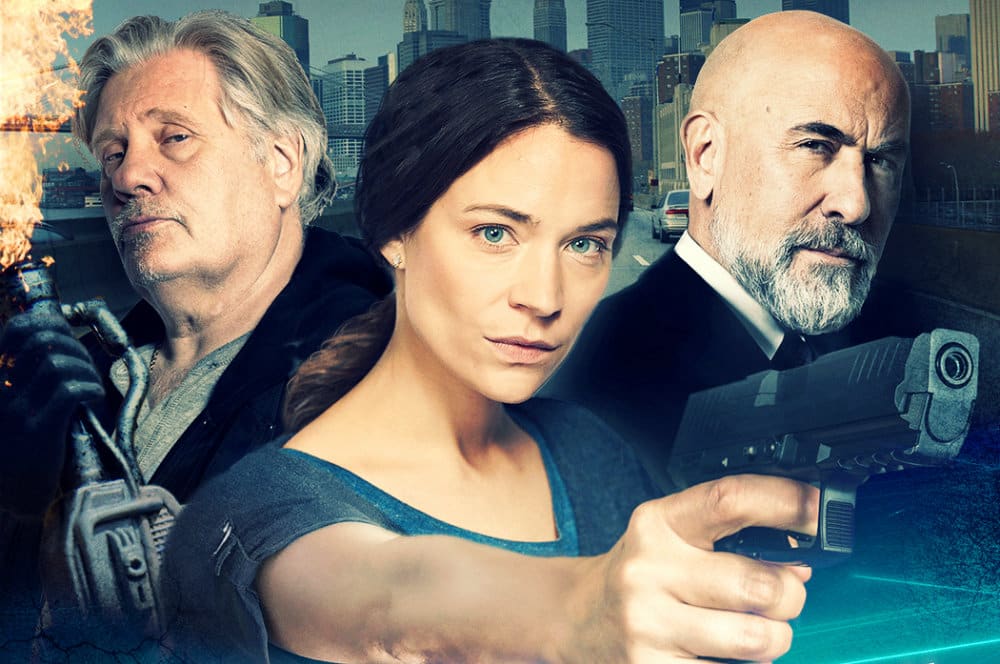 Perhaps the best thing to say about A Perfect Plan, the modest debut from director Jesse D. Ikerman, is its “we’re making a movie!” energy. The film presents a fun starting point and does what it can from there despite obvious creative and budget limitations. To its credit, there’s no broader point here, no metaphor for something else, no additional social commentary. The film’s value is limited to what you see and whatever enjoyment you can squeeze out of watching it.

So, the premise: A Perfect Plan introduces us to four master criminals as they awake, trapped in a mysterious warehouse. They gradually realize, thanks to the wisdom of Grayson (William Forsythe), that they’re expected to work together to rehearse a heist which will then, presumably, be done for real. There’s a time factor involved, so the foursome—Grayson, Kate (Kathleen Munroe), Magdalene (Gia Sandhu), and Rowan (Michael Hough)—must use their wits and abilities to figure it all out fast. At the same time, the evil and mysterious Theo (Carlo Rota) supervises from a remote location (an RV in an empty parking lot). That’s the extent of it. The film does attempt to fill in backstories and motivations for each of its characters, but nothing really sticks (the acting doesn’t help much in that regard). And while I can acknowledge the aforementioned budget constraints, the film’s handful of settings don’t offer much to look at either. There is some pleasure to be felt in spotting the Toronto-as-Cleveland moments that dot the film though. (A highlight: an Ardene sign altered to read Derdene).

Taken altogether, A Perfect Plan didn’t amount to a lot of actual enjoyment for me. Still, the film doesn’t quite insult its audience and I have to applaud Ikerman, his co-writer Geoff Hart, and the rest of the cast and crew for trying. There is indeed an entertaining idea here, and it was probably fun to have veterans Forsythe and Rota around on set too. In any case, good on them for getting the job done.