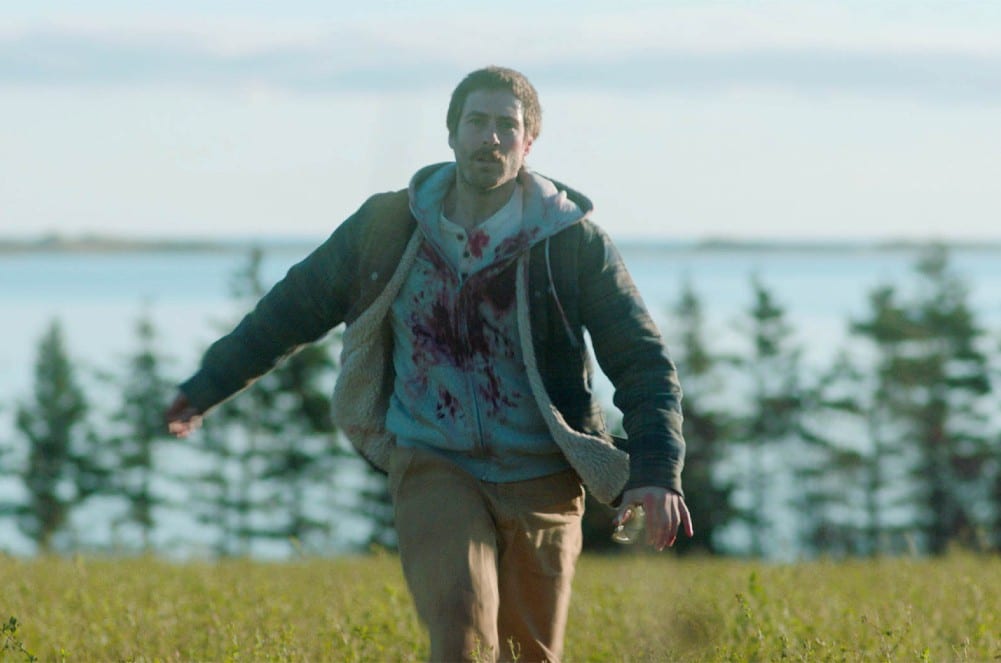 A Small Fortune, from writer-director Adam Perry, offers a Canadian spin on a well-worn premise. To wit: a down-on-his-luck man finds a bag of cash on the beach and makes choices that, naturally, lead to trouble. So what makes it Canadian? That’s easy. Setting aside the Prince Edward Island environs, the Maritimer accents, and some familiar on-screen talent, it’s the money—made from plastic and conveniently waterproof.

As twists go, this one is admittedly pretty modest, but it’s of a piece with the entire exercise of A Small Fortune. Kevin (Stephen Oates) is the desperate man in question, trawling the shore for moss to sell and barely hanging onto his roots in PEI. His pregnant wife Sam (Liane Balaban) wants more for them—which is a problem until Kevin discovers that ill-gotten windfall, drawing the eventual attention of the police and a criminal element. The former (represented by Andrea Bang and Matt Cooke) fare better than the latter (a hapless goon played by Joel Thomas Hynes) in Perry’s conception of small-town intrigue, though all are gradually embroiled in bouts of surprising violence. While I suppose it’s not unexpected to see how the film’s narrative escalates, the motivations of all involved are rather one-note, telegraphed by the usual tropes of other rural thrillers. The town crank Omer (Bill McFadden) bursts some life into the proceedings, suggesting a town that isn’t just waiting to die, yet the rest of the film is rather dreary—even acknowledging the film’s vague historic themes. Maybe there’s a reason everyone else has already left this little cinematic enclave.

Unfortunately for his cast of characters, Perry’s film drags on just a tad too long. A Small Fortune does achieve what it set out to do, and sure, it does land on some decent enough images (especially where the plastic money is concerned). But we’ve already seen how this story tends to play out. And there’s just not quite enough here—Canadian or otherwise—to keep us engaged forever.

A Small Fortune plays as part of the Canadian Film Fest on Super Channel on Friday, March 25 at 9 pm ET