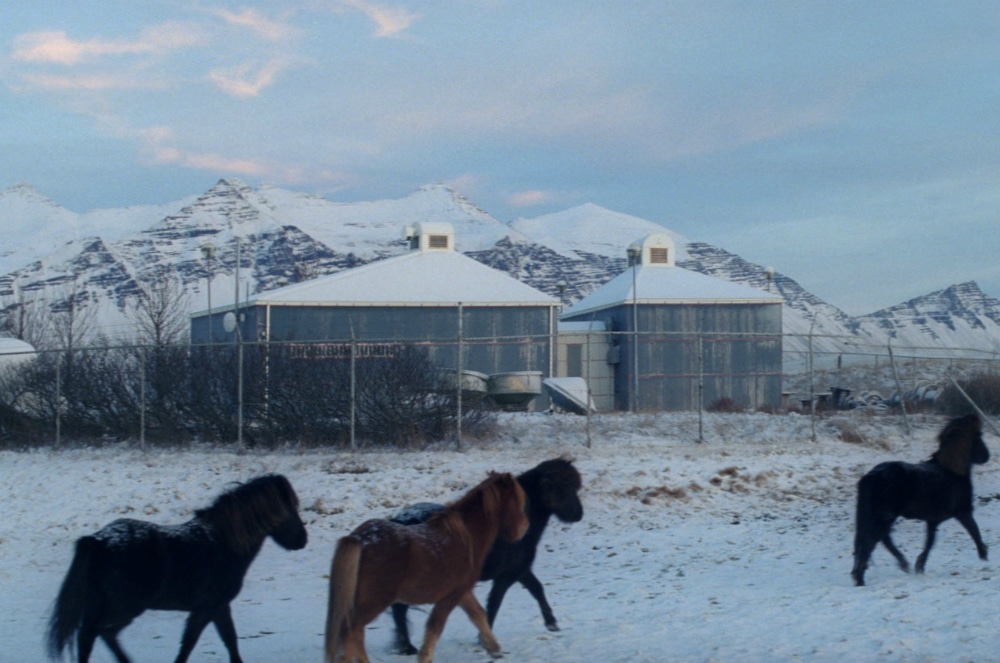 As a film about grief, A White, White Day, stands alone in a crowded field. Yet thanks to its rural Icelandic setting, the actual fields here are mostly empty—all the better for writer-director Hlynur Palmason. His film is about reckoning with the past, doing so by burrowing into the present to consider how we experience time in the wake of tragedy. The sparse vastness of Palmason’s homeland—shrouded in fog and darkness, yet relentlessly open—lends well to that kind of exploration.

After his wife’s death, retired policeman Ingimundur (Ingvar Sigurdsson) starts renovating a house. He plans to finish it for his daughter, son-in-law, and beloved granddaughter Salka (Ída Mekkín Hlynsdóttir). It becomes obvious, however, that Ingimundur is doing more than that with his time; he’s also building a case, looking back into what his wife may have been keeping from him. A White, White Day fixes us to the present though—save for a few fleeting accents—by way of long takes or a locked perspective. The change of seasons, the path of a tumbling rock, a fistfight—all are granted temporal weight that accrues as we watch. As a result of Palmason’s patient choices, backgrounded by the contained fury of Sigurdsson’s performance, the film builds up and out in singular ways. Yes, the story here circles another closed-off husband unable or unwilling to process his emotions, yet Palmason’s confident and austere touch make it something more.

Given its subject and wide-open spaces, the linearity of A White, White Day is striking, each scene flowing with unbending logic in both construction and intent. Despite his on-screen resistance, Palmason is also able to put us in the mind of Ingimundur, looping through his past even while moving inexorably towards his future. Still, for all its vision, it’s fitting that we never quite see Ingimundur’s wife alive. In fact, we have to wonder if he ever really saw her at all. In this, the film reaches its peak, resolving into something indistinct yet clear.