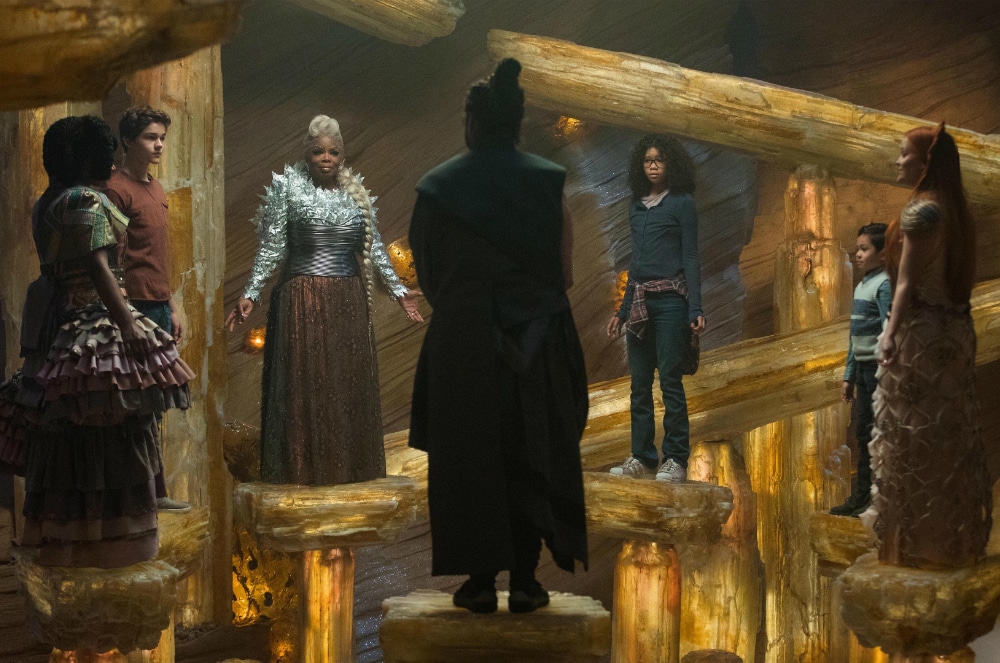 What it lacks in technical achievement, A Wrinkle in Time more than makes up for with its emotional resonance and powerful performances.

When Mr. Murry (Chris Pine, showing his range in a radically different role), a brilliant NASA scientist researching the physics behind space-time travel, disappears into thin air one day, his daughter Meg (Storm Reid in a breakout performance) sinks into depression. Skip ahead four years and she’s being repeatedly bullied by her female classmates (led by Girl Meets World star Rowan Blanchard), chastised by her principal (played by André Holland, who’s reuniting with his Selma director) for not applying her talents properly; she’s all but retreated into herself emotionally and mentally. Insecure, self-loathing and disconsolate, Meg is her own worst enemy. Her precocious brother Charles Wallace (Deric McCabe) tries to boost her confidence but it’s not until The Mrs – Mrs. Whatsit (Reese Witherspoon), Mrs. Who (Mindy Kaling), who speaks only in borrowed recognizable historic quotes, and, the biggest of all, in both stature and wisdom, Mrs. Which (Oprah Winfrey) – lead her on a fantastical planet jumping adventure to locate her father, does Meg begin tackle her self-doubt and learn to unleash the warrior within. 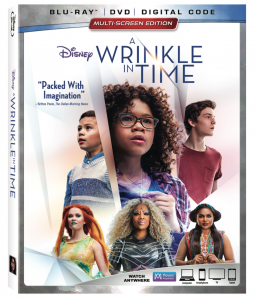 The extras on the disc really added to my adoration of the film and they included a blooper reel and an audio commentary track with Director Ava DuVernay and co-writer Jennifer Lee (Frozen).

The vast majority of (predominantly male) critics have chastised the film for its unnecessary reliance on close-up shots, its weak script (by Frozen‘s Jennifer Lee and Bridge To Terabithia‘s Jeff Stockwell), with a climax cribbed from the season 6 finale of Buffy the Vampire Slayer, and its unremarkable world building, but to them I say, was The Neverending Story or the child-targeted films of the ’80s (some of which are referenced here) without their faults? Any film that can show a biracial girl (changed from the ginger haired girl of the Madeleine L’Engle classic) embrace her faults and her inner darkness and learn to love herself, in spite of those setbacks, is more than okay in my books. Not only that but the film gives young girls the empowering message that said biracial girl, who’s fiercely intelligent (in physics and mathematics, no less), doesn’t have (Western) society conforming hair, who has depressive tendencies, and wears glasses is a beautiful warrior. I only wish I had Ava DuVernay’s magical film when I was growing up.