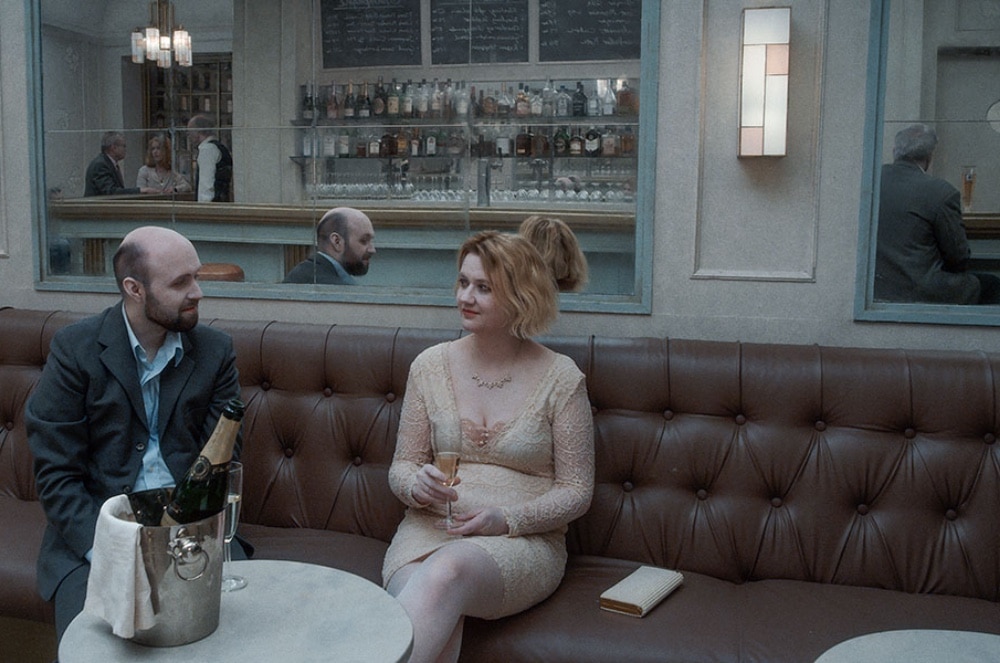 A priest loses his faith, parents visit their son’s grave, a man remembers the time he wronged a classmate, even Hitler gets a scene—that’s the general structure of Roy Andersson’s About Endlessness. As in his previous work, it’s a film built around a series of tableaus regarding human existence, his camera unmoving and unblinking. Despite the note of despair that permeates—and really, how could it not?—the film’s cumulative effect is strangely peaceful.

That calm is by design, even as Andersson’s film resists any easy or soothing classification. A woman’s voiceover recalls each of these scenes (a seemingly endless supply), and they are summoned before us to capture little slices of life—some familiar, others absurd. Their juxtaposition is meant to highlight this difference; how can one planet contain both this and that? Still, the presentation of all these tiny dramas never raises the pulse, and the entire film remains as dry as the bone grey colour of its visual palette. The film’s singular pleasure is finding the beauty within its inherent darkness; a scene of, say, a husband and wife floating over a destroyed city provides one great example.

In all, About Endlessness slots into Andersson’s oeuvre as another acquired taste. It feels like the kind of film that could be projected on a wall somewhere, an audience stepping in and out, its images offering something to take in at any given moment. If nothing else, we can acknowledge the special challenge of making a film about nothing and everything at the same time.