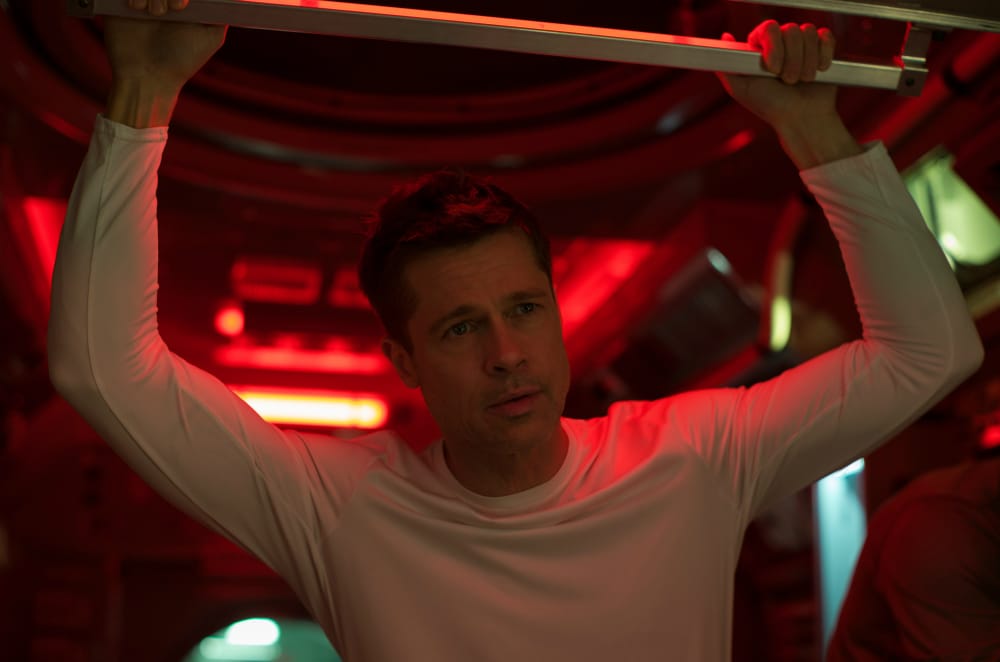 There is no room for laughs in Ad Astra, the new film from director James Gray. Through all of its life-and-death action, Brad Pitt and his co-stars play everything straight. As written by Gray and Ethan Gross, this conceit works because the characters are trying their best to remain outwardly cold and competent; we could chuckle but don’t. This notion carries through to Gray’s filmmaking, which reaches a new level of precise spectacle, even as he tunnels ever deeper into the heart.

Astronaut Roy McBride’s (Pitt) mission is clear: venture deep into space to find his father Clifford (Tommy Lee Jones), whose experiments have put Earth at risk. Both are (or were) the pride of their program, the best at what they do. But as we learn through some (too wordy) voiceover by Pitt, and brief images of his departing wife Eve (Liv Tyler), Roy is not exactly happy to be following in his father’s footsteps—both literally and emotionally. The tension of Ad Astra, beyond its galaxy-saving quest, comes through this journey of self-discovery and release. In three discrete sections, Gray takes Pitt from the moon, where pirates fight for resources, to Mars, where isolation frays the edges of the frame, and then farther still, to the outer rim of the solar system (which puts a new spin on the “distant father” idea). By design—aided by Hoyte Van Hoytema’s cinematography and Max Richter’s score—the film is a small step towards 2001: A Space Odyssey, and a giant leap past First Man, becoming the ultimate test of man against the external universe, but mostly just himself.

To make this all work, Ad Astra relies on Pitt. The other actors (save Jones) get only the slightest chance to make an impression (Tyler almost comically so); it’s Pitt alone who does the most while also, like his character, labouring not to show signs of strain. It’s tempting to look at Gray’s film as yet another exploration of the pained father-son dynamic that dominates his work, yet Pitt’s presence both anchors and elevates. In the process, we’re reminded why voyages of this type are worth taking—to beyond the infinite and back home again.