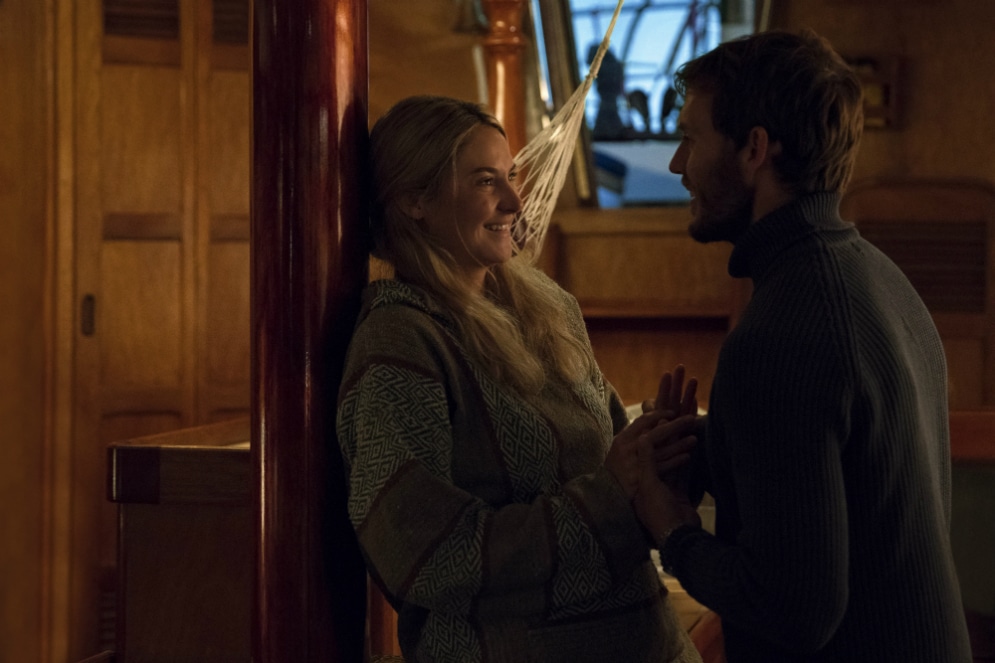 Adrift stars Shailene Woodley (Divergent) and Sam Claflin (The Hunger Games franchise, Me Before You), and is directed by the Icelandic filmmaker Baltasar Kormákur. The film is based on the true story of Tami Oldham and Richard Sharp, two sailors trapped on a boat on the Pacific Ocean after a hurricane, and seeking survival after a scary encounter in the path of Hurricane Raymond in the year 1983.

Shailene Woodley delivers a powerful performance as Oldham, and Kormákur, who has previously climbed the heights in Everest, here provides a lush seascape in the narrative, driven by Woodley and Claflin as a pair of lovers, and works towards a shocking finish. Adrift alternates between present and past, sort of like Jean-Marc Vallee, (who worked with Woodley in Big Little Lies), and features some of the most beautiful cinematography of the ocean that has ever been filmed. Kormákur has enlisted the talent of Robert Richardson, the legendary cinematographer who has worked with Tarantino and Scorsese, and who makes the deep blues of the ocean appear richer and fuller.

Woodley deserves a showcase like this one to show off her range, and hopefully one day will be considered a favourite for an Academy Award. In the meantime, this #summernoir provides a showcase for her underrated talents, and Claflin provides a perfect foil. However, this is Woodley’s tale, and she takes Tami Oldham’s true story and makes it extraordinary. 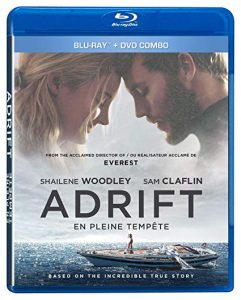 Bonus features include Featurettes, Deleted Scenes, but the best special feature is Audio Commentary from Woodley and Kormákur, who both provide fascinating and detailed anecdotes.

It was an ingenious release strategy for the film to be released theatically and on Blu-ray in the summer, as the beautifully shot, nice sounding film,  (with an underrated score by Volker Bertelmann) make for a pleasant diversion that is a little darker and less hammier than the usual summer genre fare. A worthy addition to any home entertainment collection.