After the Wedding Review 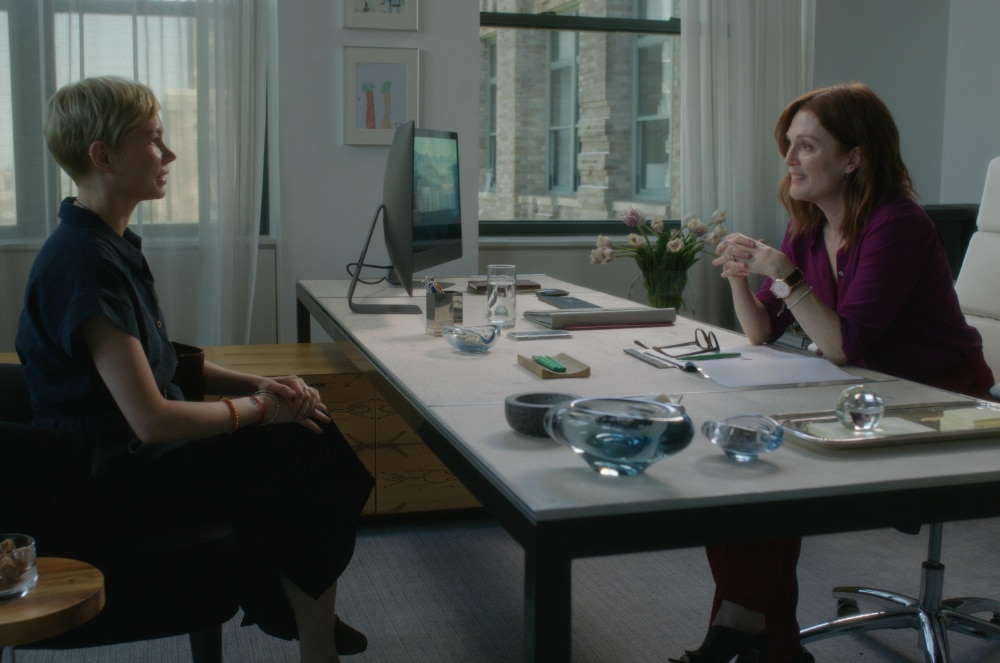 A third of the way through After the Wedding, as it becomes clear what the film’s first “twist” is, I realized I’d already seen it. Not this version, of course, written and directed by Bart Freundlich, but the original: Susanne Bier’s Danish-language film of the same name with Mads Mikkelsen in the lead. I had to research those details because, well, here’s the thing: I couldn’t remember anything about that film. And now, having been through it twice, I wish I could forget both.

The novelty—such as it is—of this new After the Wedding is in its casting choices. Instead of a strapping Dane, we meet Isabel (Michelle Williams), a humble do-gooder (white saviour?) in India. She’s opposite Theresa (Julianne Moore), the cleverly named philanthropist who summons Isabel to New York with a plan to invest in her orphanage. (That’s how these things usually work, right?) Upon her eventual run-in with Theresa’s husband Oscar (Billy Crudup)—which occurs at their daughter’s wedding—we gradually come to understand what’s going on, and our credulity begins to strain. Now, both actresses are more than up to the task of animating such tone-deaf material—particularly Williams—but that still leaves us at a loss: why remake this film at all? With, say, Moore’s recent turn in Gloria Bell, one could appreciate the spin Sebastian Lelio put on his own material. Here we have only Freundlich’s stolid direction and his script pitched on dramatic developments that are somehow not over-the-top enough and yet totally absurd. Everything here remains a painful contrivance, a screenwriting game in search of a film—never mind actual real life.

Freundlich sure does make his film look great though. His production is filled with well-appointed rooms and appealing countryside views, set in both India and America (though the former is only seen in the latter). He even opens the film with a startling drone shot of the South Asian landscape, a slow-rolling sequence designed to call attention to itself. Inadvertently, however, it also nails the whole film: beautiful, technologically attuned… and dead boring.