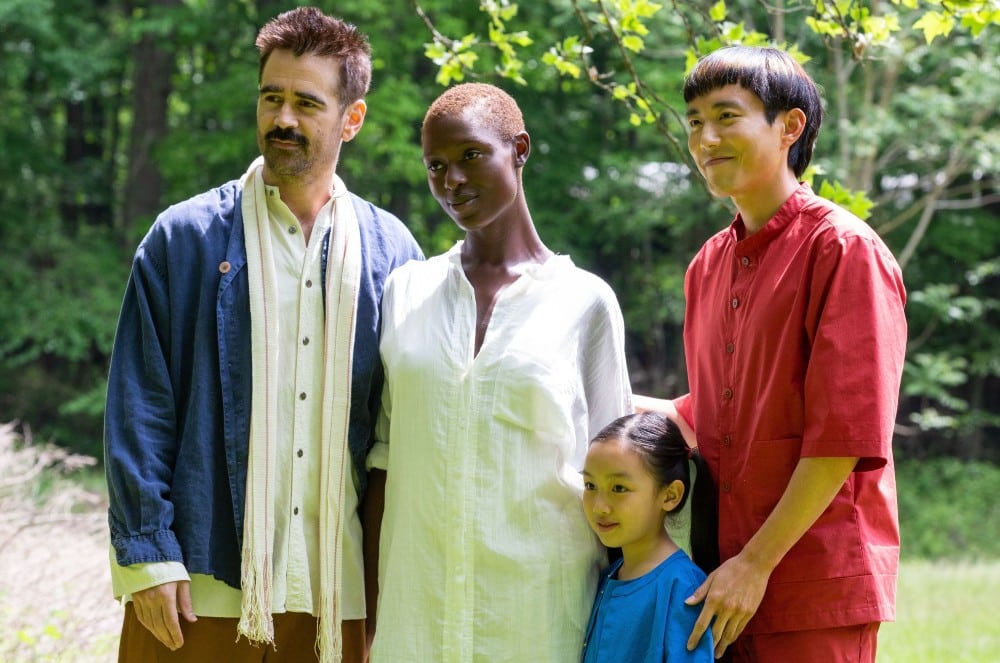 If the future of After Yang, the new film from director Kogonada, is the one we get, maybe life won’t be so bad. Unlike many other sci-fi works, this is a film that sees the years to come as a place of calm. There’s familial tension, sure, and people still have to work to make ends meet. But there’s also time and space enough to worry about the life—and death—of a robot older brother.

As co-written by Alexander Weinstein (and based on his short story), Yang is more than just a mere robot. Brought to life by Justin H. Min in an effective performance, he’s a so-called “techno-sapien”, purchased by parents Jake (Colin Farrell) and Kyra (Jodie Turner-Smith) to help connect their adopted daughter Mika (an adorable Malea Emma Tjandrawidjaja) to her Chinese heritage. After an arresting dance sequence to open the film, Yang malfunctions and shuts down, sending Jake on a mission to repair his “son”. Wouldn’t you know it, though: this artificial being has something to teach us about what it means to be human. As Kogonada’s gentle narrative unfolds from there, we’re taken through its future world—and also into the digital memory of the defunct Yang. While there are vague nods to nefarious corporate interests, disquieting allusions to clones and privacy concerns, the sky we see looks clear; this is not a film concerned with the end of the world. To his credit, Kogonada’s resistance to genre trappings (or, uh, any sort of intensity) is perhaps laudable; except the quiet conceit of the film itself is a genre trapping, which makes its contemplation of life and death feel a bit flat.

After Kogonada’s monumental Columbus, I admit to being let down by After Yang. The peculiar specificity of the latter film—in both its narrative details and production design—suggests again the work of a thoughtful artist. Yet the resulting story is much like its titular character: it just sort of exists. Sure, that’s something, but I was left wanting more.