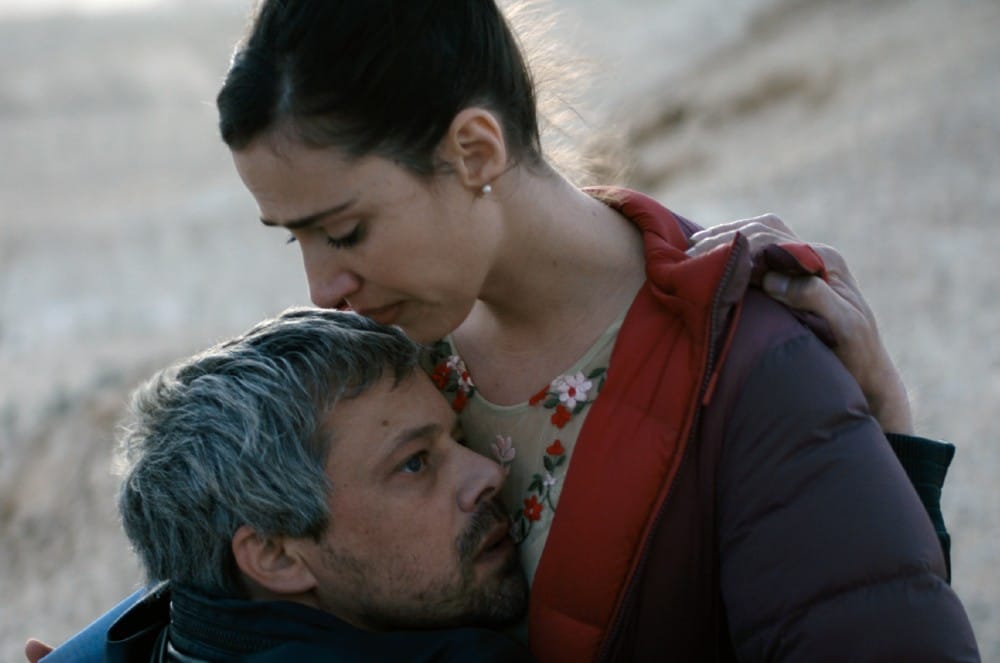 The title of writer-director Nadav Lapid’s Ahed’s Knee refers to a 2017 incident involving a young Palestinian activist named Ahed Tamimi who slapped an Israeli soldier in anger after her cousin was killed at a protest. In response (well, part of it, anyway), an Israeli politician said she “should be shot in her kneecap.” This context is important as Lapid’s film also starts to get angry—an ugly fury that comes with good reason.

The film’s title also vaguely recalls Eric Rohmer’s Claire’s Knee, which is a modest source of misdirection befitting the overall theme at work here. Case in point: we’re introduced to Y (Avshalom Pollak), a director trying to cast his Ahed for a new film. Lapid pivots sharply away from that milieu, however, sending Y instead to the desert to meet Yahalom (Nur Fibak), a cheery young librarian at Israel’s Ministry of Culture, who is screening his work for the locals. Out here, we’re invited to examine the sense of temptation brewing between these two, the star seen-it-all director and his young fan. Except that’s merely part of Lapid’s plan of seduction, as he lures us into that idea—and then jars Ahed’s Knee again. What results is not a solid narrative, and yet its willful knotting makes it all the more effective. As Lapid’s stand-in, Pollak’s Y looms over the film, pushing for a confrontation even as he charms his audience, be it Fibak’s Yahalom or us. Meanwhile, Lapid’s technique matches this approach, cutting from past to present, from here to there, to convince us of one thing while clawing at the truth underneath.

The remote setting of Ahed’s Knee lends well to this growing unease. When we first meet Yahalom, for example, we see her ambition in isolation, the desire to be part of her country’s outward presentation of itself. Lapid throws that idea into stark relief, asking what that means while driving his film towards the only conclusion it could have in the current moment. Yes, it’s not comfortable or enjoyable, but let’s be real.