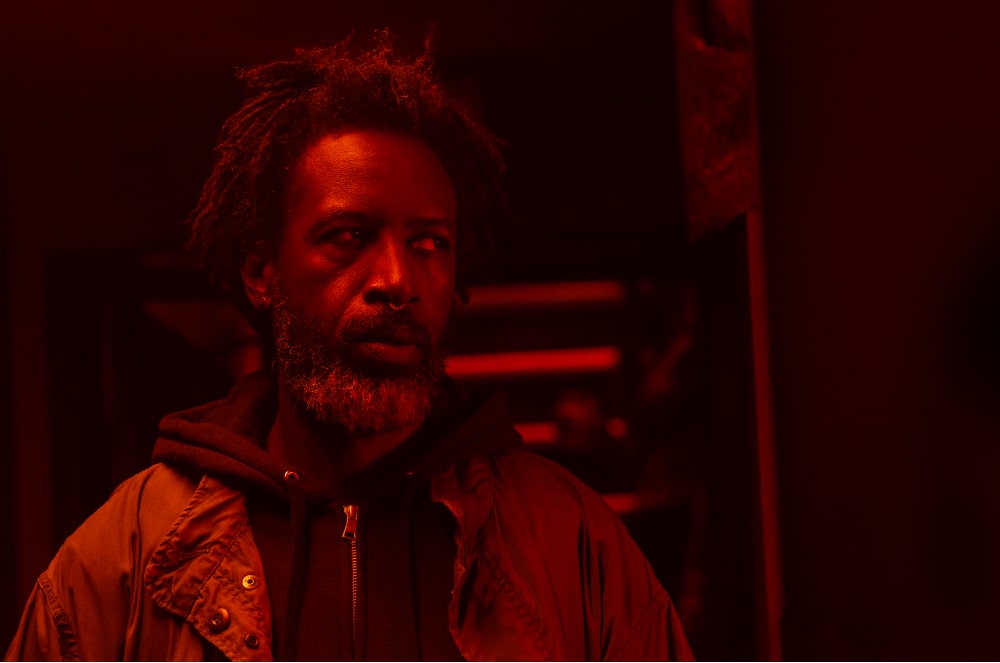 For a film that jumps between Jamaica and New York of the 1990s and Toronto of 2020, Akilla’s Escape is straightforward. Directed by Charles Officer (from a script co-written with Wendy Motion Brathwaite), the film traces a clear line from political unrest in Jamaica, to the drug trade, getting into the violent spillover from both, along with the trauma still experienced by the soldiers who continue to fight—each other and themselves.

This is where Akilla (Saul Williams) enters. He’s a grown man now, working as a veteran drug runner in Toronto. After a drop gets interrupted by a trio of thugs, Akilla springs into action to save one, Sheppard (Thamela Mpumlwana), from going down the same path he did. For his part, Mpumlwana also plays a young Akilla, filling in our hero’s backstory as he attempts to outrun the personal pain inflicted upon him. In this, Officer has found a succinct way to summarize rich historical moments—both big and small—on his way to the present day. Akilla’s Escape does have its problems—clunky writing and acting chief among them—but the driving intent of its plotting is not one of them.

In fact, when Akilla’s Escape does arrive at its end, the symmetry we knew was coming still manages to satisfy. Officer’s film is due for a bittersweet ending, given all that came before. But its lasting visuals suggest a flight into something more generous and wide open. It’s OK to forget the rest and be moved by that alone.

Interview: In the Heights’ cast and Jon M. Chu