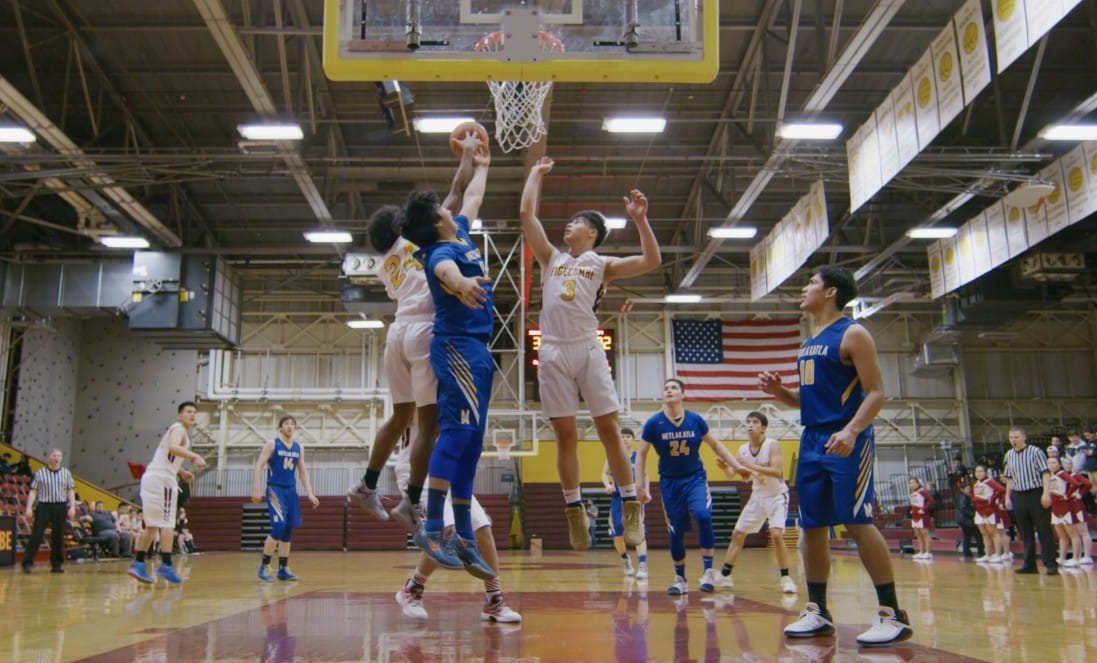 From its outset, Alaskan Nets makes clear it will generally involve two things: fishing and basketball. The documentary from filmmaker Jeff Harasimowicz (with a big-name assist from executive producer Chris Pratt) has more than a few storylines, yet most of the people we see intuit the circumscribed nature of this reality and their lives too. While the film doesn’t quite explore beyond those limits, that doesn’t mean its narrative isn’t soul-stirring.

Structured around a season with the Metlakatla Chiefs, a high school basketball team hailing from a small island in southern Alaska, Alaskan Nets zeros in on a few players and the team’s coach as they vie for a state championship. The stand-out seniors are DJ and Danny, cousins in this close-knit town, who know this is their last shot at immortality. Meanwhile, their coach TJ is aware that another year without a title can only lead to more calls for him to be fired. (The Chiefs last won in 1984, so the drought for such a basketball-obsessed enclave is real.) As you’d expect, there’s plenty of basketball footage to be had—the film’s strength—but we also learn a bit about who these kids are and what their lives are like. That’s where the fishing comes in, which expands the film’s scope to capture something of the day-to-day lives of the townfolk—and the tragedies that have befallen them in recent years (and during this season). Harasimowicz exhibits a sensitive touch with his subjects in this regard, making plain the highs and lows this squad goes through in the context of where they live.

Comparing Alaskan Nets to Friday Night Lights is not inappropriate, given the film’s small-town setting as a background for its larger-than-life sports stakes. (Also, the score is reminiscent of Explosions in the Sky.) That’s about the extent of the film’s ambition though. This isn’t Hoop Dreams, exploding the bounds of its world. And yet it’s easy to be moved by this gaggle of teens as they take their shot at history. Life imitating art and all that.