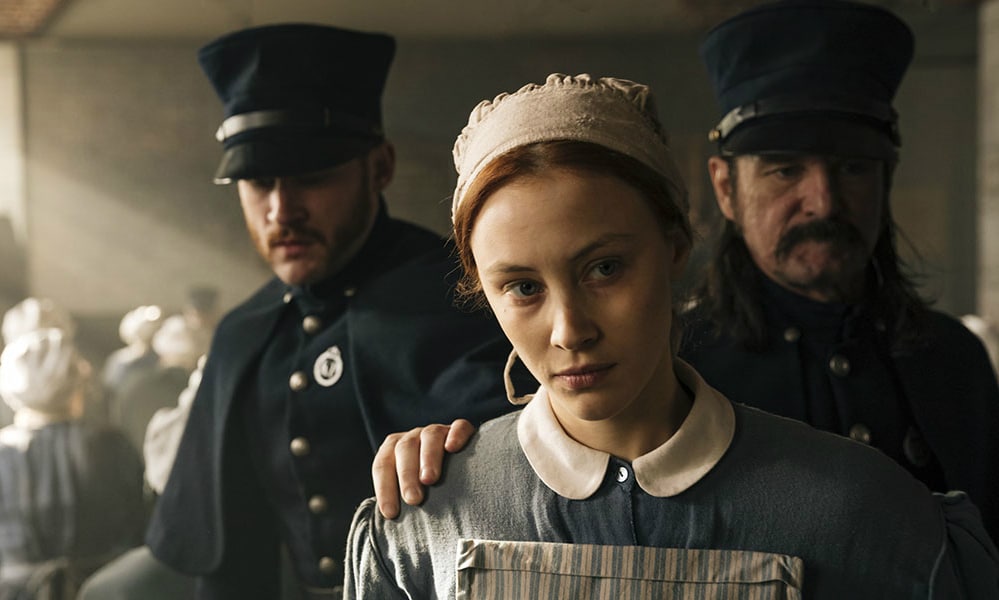 It’s tough when you’re the second of something, so the obvious statement is that Margaret Atwood’s Alias Grace adaptation by creator Sarah Polley and director Mary Harron won’t be the equal of The Handmaid’s Tale. Fine. Entirely fair. But there is still much to recommend about the first few episodes of the CBC and Netflix series and the recommendation starts with its star,  “Alias Grace”, Sarah Gadon.

Other than in Cronenberg projects (and David Cronenberg pops up in the first episode in a memorable performance), and Cronenberg-lite (Denis Villenueve’s Enemy) there hasn’t really been a role for Gadon to fit so perfectly until this one. Her voice and phrasing really push her casting as Grace Marks as a sort of a “I am not what I am” kind of way. There is a real sense of timing to this adaptation, and there were moments of great levity (Zachary Levi as a charmer, Martha Burns as always, the aforementioned Gadon). But the doctor motif is a real downer, Anna Paquin is barely in it and Paul Gross even less.

Find balance and some Grace will go a long way.