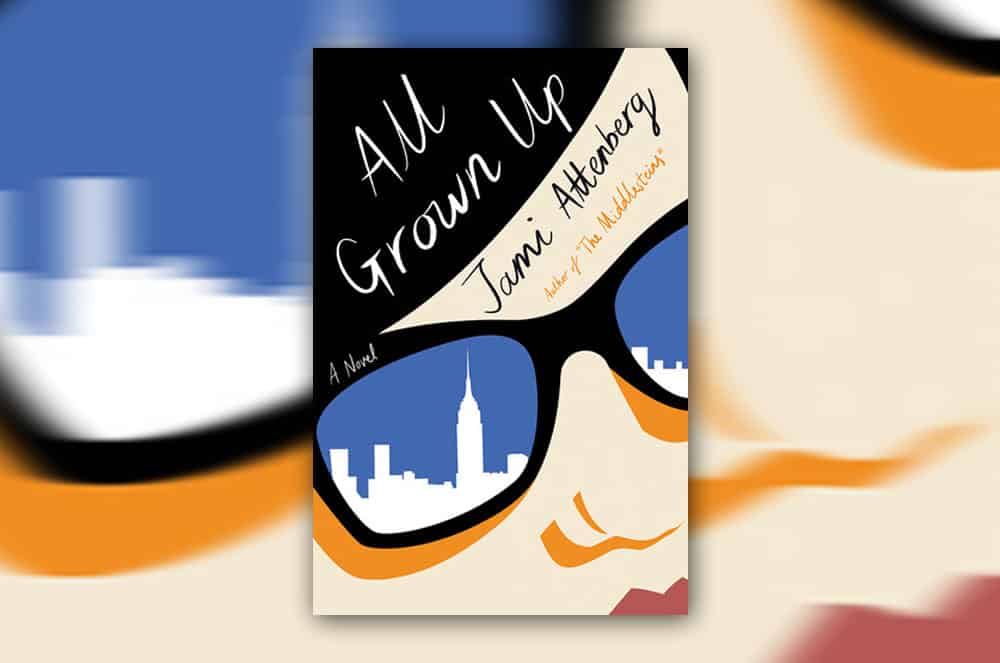 The book The Middlesteins by Jami Attenberg was a true breakthrough. Successful both in terms of its sales (incredible for literary fiction), as well as in terms of its content (I would put it up there with the best books I’ve ever read).

So the follow-up, All Grown Up, feels almost weighty and yet light under the pressure of coming after the previous book, (there was one in between, and yet it was a different genre for Saint Mazie – historical fiction). Therefore it almost feels unfair to compare the two of them, and another reason for a missing comparison is that, in all honesty, I didn’t read the other book.

It’s hard to believe that it has been almost five years since the release of The Middlesteins, but that mustard and ketchup-coloured book was a revelation, all about two of my favourite literary topics: Jews and food, (obviously a natural pairing, and yet no book seems to capture the same sense of topic… Portnoy’s Complaint?). All Grown Up also excites with its topic of an unmarried woman in her late thirties and her choice (actually whether or not it’s a choice is not fully explained) to explore her sexuality without being married or having children.

The focus on lead character Andrea Bern is scattershot, quite by design surely. An author such as Attenberg knows exactly what she is doing and defines the content by presenting a story that jumps around in time and place, and presents comic adventure after comic adventure (with a little food, along with some tragic events mixed in as well). If only every writer could be this good, Attenberg can turn a phrase with ease. The word that constantly came to my mind is “effortless”, as if it’s that easy, but it sure feels easy. And yet, despite racing through the book, devouring it really and enjoying the action and likely and hopefully understanding its goals, (the chapters involving Andrea’s friend Indigo getting married, getting a divorce, having a child, were a riot), it still felt a little unfulfilling at the end. Over too soon? It’s rarely a concern that I feel when reading a book, but the earlier effort stands tall despite also being fairly short. I would easily read 200 more pages and yet perhaps that’s not the idea. Still, All Grown Up feels not quite all grown. There could have been more.

All Grown Up was provided by Raincoast Books in exchange for an honest review. It may be purchased from your friendly independent bookseller or other fine bookstores.