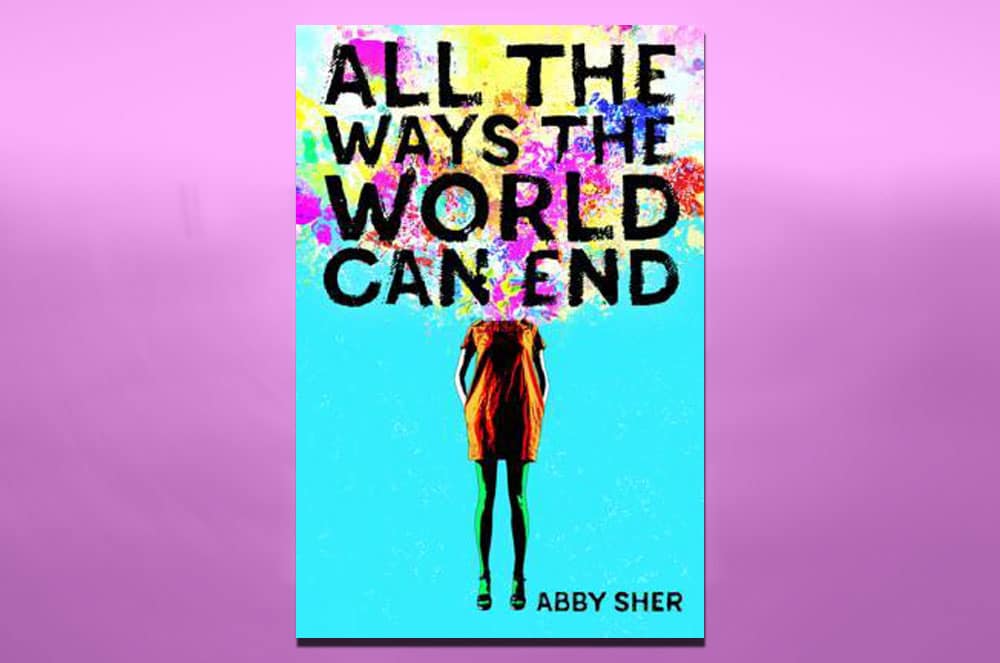 This is a dark work, and despite the title that suggests a sort of political treatise, (or something more humourous, which sprung to mind likely from the film Sadie’s Last Day on Earth), Abby Sher’s book is a tough read. This is doubly so as it’s intended as a teen read and I was surprised not by how graphic it was, (it wasn’t), but the idea to place the reader into an episode without any warning was a tough one.

This on top of the main subject matter, which is the main character of Lenny coming to grips with her father having cancer and trying to recover, and at one point sending a suggestive photo to her father’s MD in an attempt to try to expedite the healing process (and to woo him), and the fact the one character is a teen and the doctor fully grown is pretty heavy stuff.

There is a section of interludes in which Sher demonstrates the many ways in which our planet is screwed, illustrated through the perspective of Lenny but also based on a number of facts, some startling, some less so, but also not providing a countermeasure can make for a difficult read. But surprisingly, the pages fly by and this is actually something of a quick read, (at least, compared to what some people could make it out to be), is surprising. The major lesson that can come from a book such as this one is to exercise caution when selecting a book if you do not know what to expect from it, but also to experience pain in a way that can feel as cathartic and fulfilling as a happy and cheerful existence. Open your eyes and feel it all.

All The Ways The World Can End was provided by Raincoast Books in exchange for an honest review. It may be purchased from your friendly independent bookseller or other fine bookstores.