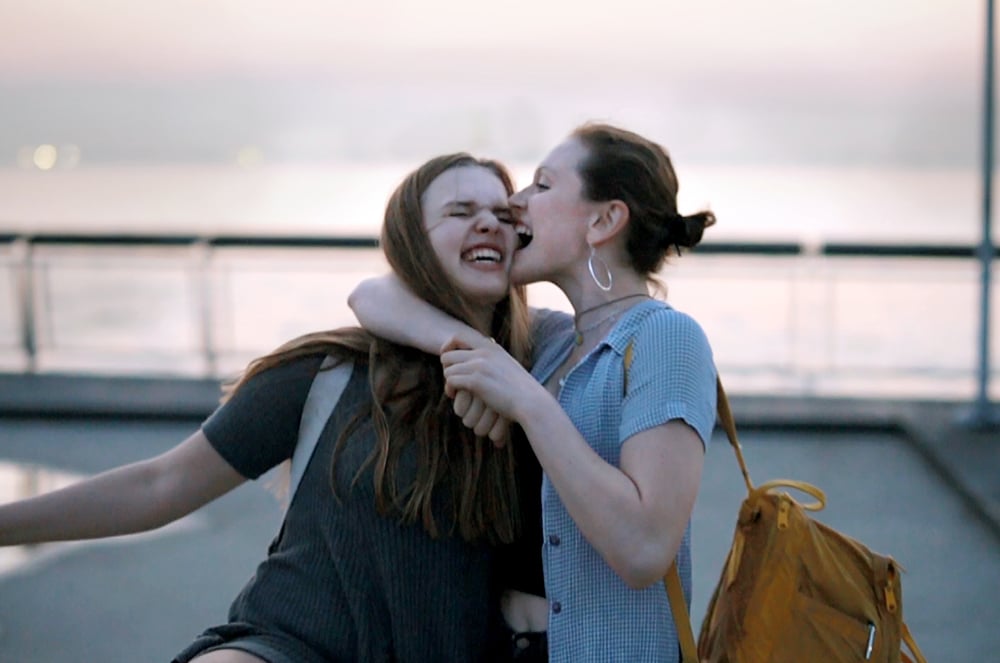 Jenny Gage’s gorgeous film All This Panic is being released in select theatres from the great Factory 25. The title appropriately premiered at last year’s Tribeca Film Festival and is one of the most visually stunning films of this or any year.

It concerns the lives of girls, (women) growing up in (where else) Brooklyn, and is chronicled as an account of a confessional and constant account of their lives. It is classified as a documentary, but certainly does not feel like it, for a couple of important reasons. First, the film is too beautiful and captures the protagonists intimately and does not feel staged in the slightest. In terms of the second, the film doesn’t feature talking heads or any sort of interference from Gage or cinematographer Betterton. It is fantastically natural, warts (pimples really) and all.

This makes for a meandering experience. The picture attempts to capture realism and natural reactions, (which they do in spades, especially when the adults are shown on screen). The film captures intimacy, though there is perhaps a point of too much intimacy. As the camera is positioned so close to the faces of the young women, we often feel like voyeurs. We should not be watching or even listening in to what these women are saying, despite the fact that Gage has granted us access and directs in a way that allows us to hear unfiltered conversations. There is are profound meditations of, say, what they believe what sex is supposed to feel like, and what can be considered proper representation. The film focuses upon Ginger and Dusty, a pair of sisters, though as a part of a network of a number of girls. While they are always providing clues about who everybody is through helpful title cards (presented beautifully, of course), the scope is far too great. We often confuse some protagonists for others and may have a difficult time keeping track of the story.

Despite this concern, All This Panic makes a wonderful companion piece to Geneviève Dulude-De Celles’ criminally underseen Welcome to F.L. in an extraordinary double bill capturing young people ready to take “the next step”.