And We’re Off Review 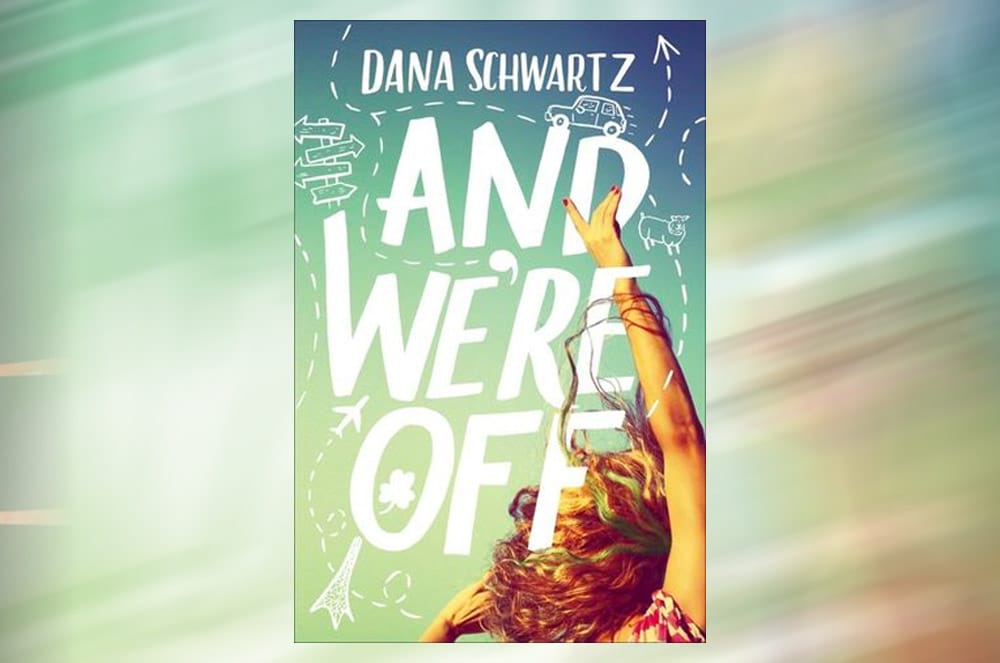 Journalist Dana Schwartz is perhaps best known for her sharp witted parody accounts on Twitter – @GuyInYourMFA, which mocks Brooklyn hipsters and their ilk, and @DystopianYA, a sub-genre that’s also, coincidentally, openly insulted on the former’s account. In 140 characters Schwartz acutely satirizes the “meh” generation as well as the now-waning bevvy of literature spawned from the Hunger Games books. Now, with her debut novel, And We’re Off, the New York Observer writer proves her flair for composing long-form fiction (albeit in a tidy YA package).

The novel centers on aspiring artist Nora Holmes who, after being accepted into a prestigious artists colony in Ireland, (thanks to the support and encouragement of her acclaimed painter grandfather), sets out on a week-long jaunt across Europe. At the airport, however, Nora’s long-held plans go completely awry when her controlling and depressed divorcee mother, Alice, decides to tag along on the trip. The mother-daughter duo squabble over everything, from hotels versus hostels, to which cafes to try, with both ladies trying their best not to let their internal outrage with the other reach a boiling point.

For anyone who’s ever felt misunderstood and unsupported by their mothers (or really anyone who’s experienced rocky teenage years), you’ll be nodding your head constantly at the details described in the first half of the book. Schwartz has a real talent for capturing the self-righteousness and self-hating inner turmoil of being a teenage girl, but also the bitter loneliness of a mother whose life didn’t turn out quite like she’d hoped, and wanting to impart life lessons on her lonely daughter. Additionally, the rich details in their travels across the tourist traps of Europe will undoubtedly instill a sense of wanderlust in the reader (much like it did for me).

The second half of the book wasn’t as strong, unfortunately, as it focuses too much on the predictable rise and fall of Nora’s lusty infatuation with Callum, a devilishly charming Irish young man. I would have preferred an entire book of Nora and Alice’s adventures through Europe, but I still found And We’re Off to be an enjoyable read and I look forward to reading more like it from Dana Schwartz.

And We’re Off was provided by Penguin Random House Canada in exchange for an honest review. It may be purchased from your friendly independent bookseller or other fine bookstores.

Win Run of Engagement Passes to The Lovers!