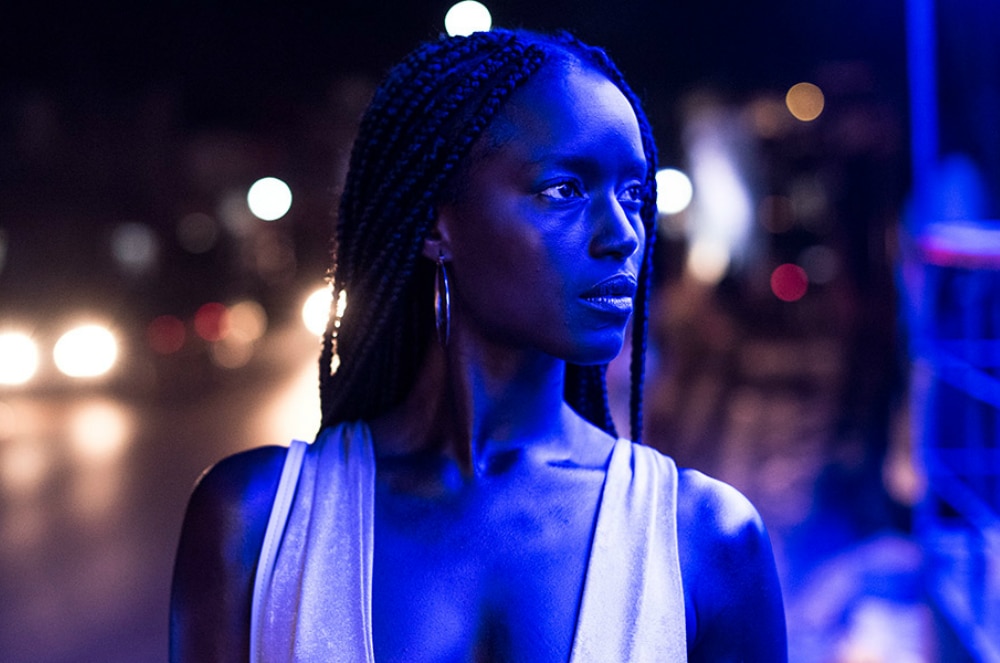 Angel, the new film from Belgian writer-director Koen Mortier, has its moments of beauty. It’s set mostly in Senegal, a land clearly found worthy of lavish photography—landscapes at sunrise, sparkling streets at night, that sort of thing. Mortier even finds time for the country’s people. That is, when he’s not dwelling on his altogether uninteresting protagonist.

Thierry Brasfort (Vincent Rottiers, miserable) is a world-class cyclist, but he’s having a tough time—crashing bikes, doing drugs, thinking about suicide, that sort of thing. Still, Thierry goes on vacation and meets Fae (Fatou N’Diaye, who needs a better agent), a prostitute who resists the label. Her story, as a woman and sex worker surviving the tourist economy in a Muslim country in Africa, is something to be told. Angel, unfortunately, belongs to Thierry—his drama, his pain, his man-splaining. The movie attempts to see into their two worlds, but really only understands the one. Didn’t Mortier realize how any of this would play, the white man pushing this Black woman into all sorts of emotional labour on his behalf? Her hope of salvation being only that which he can provide? Fae deserves better.

For all its circular editing tricks, Angel is a film with a straight line trajectory. Two people are led to meet, and then we wait for the outcome. A sense of the conclusion is given at the outset, which creates suspense—but also expectation. As the film carries on however, visual flourishes notwithstanding, it becomes plain: this is just not a good trip.