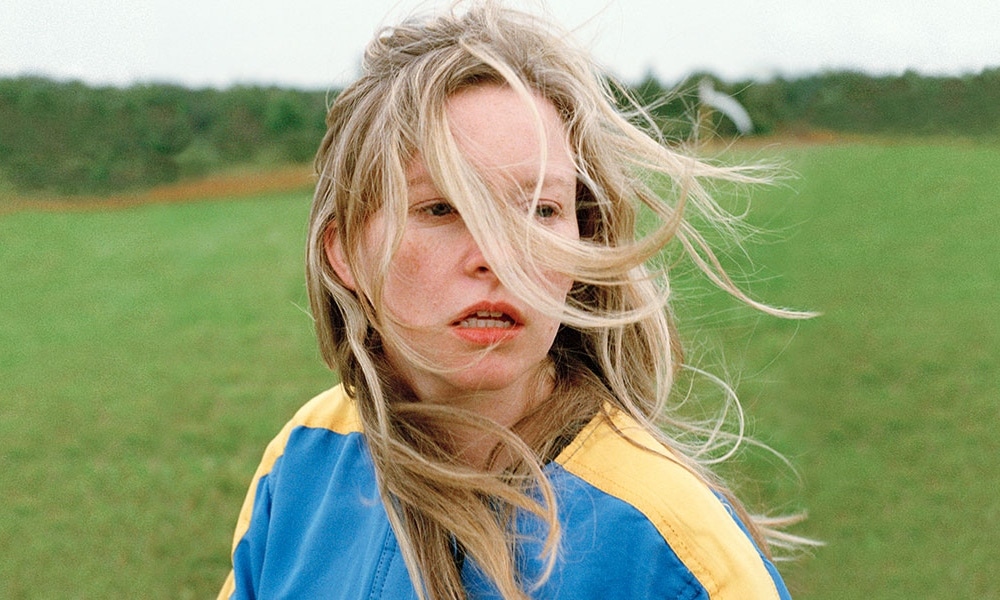 For those unfamiliar with Toronto-based writer-director Kazik Radwanski’s work, his chosen aesthetic—shorts and feature films made entirely in extreme handheld close-up—can be a lot to take. This feeling of too-muchness is often exacerbated by his choice of subject: character studies of the inexplicable, awkward, or downright unpleasant. For Radwanski’s third feature, Anne at 13,000 ft., those same feelings are present, yet there’s also something more: a protective impulse.

The titular Anne is a daycare worker, played by Deragh Campbell, who seems particularly attuned to the energies of children. We can imagine how she’d be a kid’s favourite babysitter, for example. She also, however, shares a child’s inability to self-regulate, often overwhelming herself while in the company of colleagues, friends, and family. Pressed close to faces, Anne at 13,000 ft. jumps through different settings with Radwanski’s usual restless energy, here matched by Campbell’s carefully modulated—but very real—performance. These scenes include the juxtaposition of Anne’s everyday social and work struggles with her desire to become proficient at, of all things, skydiving. Naturally, we wonder how Anne is able to do this daring activity while unable to handle more commonplace stress; we expect one outcome to maybe pour into the other. And we also see her daredevil enthusiasm play out in different ways, allowing her to take risks, yet unable to articulate why or deal with the results. Bolstered by supporting performances from local stalwart Matt Johnson, as a potential suitor, and Dorothea Paas, as Anne’s best friend, Radwanski’s film generates the details of an entire life—yes, even in only intense closeup.

Like Anne’s early jump from an airplane, Radwanski’s filmmaking feels brave too. In its slight runtime, Anne at 13,000 ft. does not offer any resolution to Anne’s problems or clarify how or if she’ll ever heal and operate in the world. We’re left instead in a state of suspension, unsure of where we’ll land. Despite this, the film also prepares us for a moment that feels impossible at the outset: we want to leap with her.