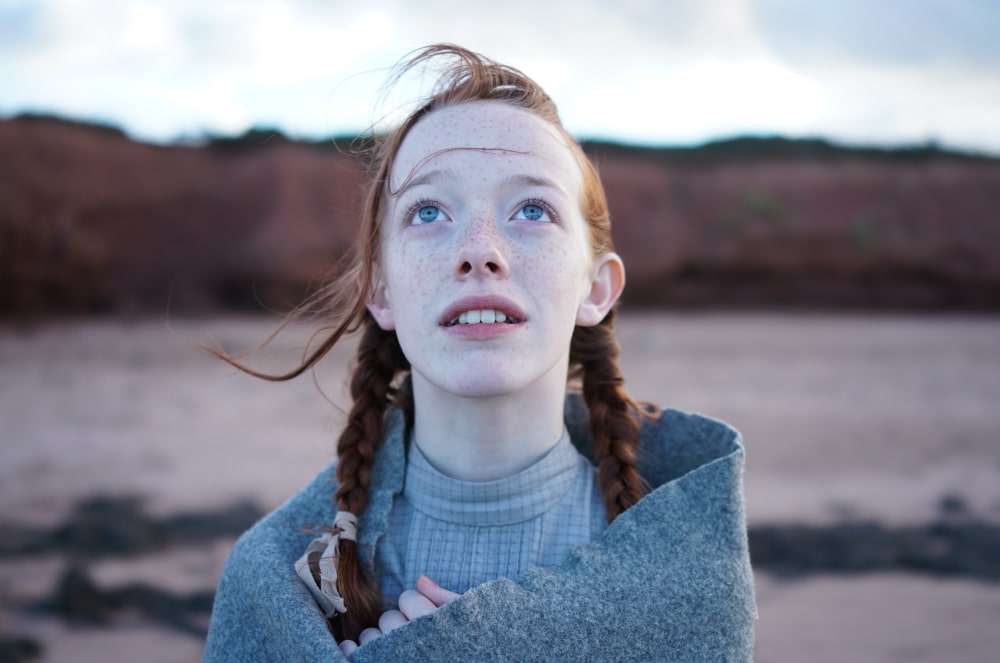 Amybeth McNulty is one of the most enchanting (and refreshingly positive) people I’ve ever had the pleasure of interviewing. Much like her character Anne Shirley Cuthbert on Anne with an E, Mcnulty oozes charm and an infectious zeal for her co-stars (and books, of course). After speaking with her on the phone for a few minutes I quickly became a fan for life of the talented, and wise beyond her years, young star.

The following is an edited and condensed version of my phone interview with the highly enjoyable Amybeth McNulty. (*Mild spoilers ahead for the second season of Anne with an E*)

Brief Take: What do you like best about playing the beloved Anne Shirley?

Amybeth McNulty: Oh, gosh, there’s so many things. We’re definitely very similar. We both love books and we both don’t know to shut up. We’re awkward and uncomfortable and we have a fiery temper every so often. So I think playing her, a lot of the time I was playing her, every so often I was incorporating parts of myself into her, and it didn’t really feel like I was acting, it just felt like I was incorporating different personality types into myself, I felt. But I mean, she’s a fighter, with everything that she’s been through, but I think people forget that she’s also a kid. I think that it’s so great to see powerful young girls, taking to the screen, and just showing people that you can be this unexpected badass! She definitely has her fiery temper, which I think that some people can see as a kind of downfall of hers, but I guess that I kind of see it more as a strength, which I think is so beautiful. She’s one of my favorite characters ever. So I’m grateful that I get to incorporate parts of my heart and soul into playing her.

BT: Why do you think that the show has resonated so much with so many people?

AM: I think it’s one of those shows that we don’t really have a specific audience that we’re trying to attract, it is very very general, and inclusive and I think that with the issues that we cover and the conversations that we spark, it’s meant to be a family show, and it’s meant to be something that a wide audience can enjoy and for different reasons, so you could have a seven-year-old girl love it for her reasons, and her eighty-year-old granddad can also enjoy it, which is so beautiful, and not very common.

BT: As you say, the show has so many fans, both young and old. What have been some of the fan reactions that have stayed with you?

AM: Oh, there have been so many! The reactions from the first two seasons has been just extraordinary. I absolutely did not expect this outpouring of love from so many people around the globe, so it was very overwhelming for me. With social media now, and just reading the messages that people send in every day about how they find the show and how it’s changed their perspective on certain things or sparked their own imagination and conversations. I think that’s so beautiful that we get to do that.

BT: I love the core friendship between Anne, Diana (Dalila Bella) and Ruby (Kyla Matthews). What do you like best about working with those very special girls?

AM: Oh my gosh, they’re my best friends. Literally, we’re not even acting in the storybook club, that is just us simply having the best time with one another. But it’s the fact that we’re all so loving towards each other and that we care for each other so much. Being able to have a relationship on and off screen is absolutely one of the most important things that you can do as an actor. If you don’t have those relationships, the chemistry isn’t going to be there. But I think just how loving they are and how we keep an eye on each other in the cold and we huddle up in a little penguin crowd when we’re shivering. Just stuff like that is so so so sweet and I feel very glad to have gotten to enjoy this adventure with them. They’re lovely!

BT: I had the pleasure of interviewing your season two co-star Corey Gruter-Andrew a few months ago and he said that he loved working with you. What was it like working with him on such an important storyline?

AM: Oh he’s such a sweetheart. He really really is. He had some really tough scenes to do and I have a huge admiration for him. You’re surrounded by a good few crew members and you have your cast mate standing right beside you and you have these incredibly emotionally draining scenes to do. So yes, I have a huge admiration for him and I’m so happy with his performance. He’s absolutely amazing on the show and such a great guy to hang out with also. He’s awesome. 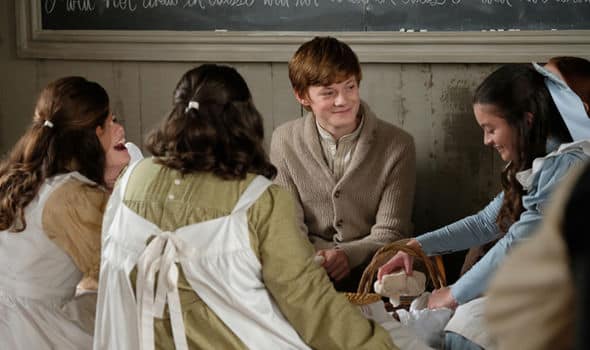 BT: He talked about hanging out off set too and how you all did karaoke together.

AM: Yes. [giggles] The cast surprised me with a birthday party, which I’d never had before, I’d never had a surprise birthday party before. We had a karaoke night and we sang the intro song to Anne, ‘Ahead By A Century’,  and oh gosh, it was the best night! It was such a good time. And that was the first time he’d met up with the cast. It was a great bonding experience and a fun way to meet him.

BT: We viewers love and ship Anne and Gilbert. What’s it like working with Lucas Jade Zumann?

AM: [giggles] Lucas is such a gem. He really is. A lot of the time we have scenes where we just have to stare into each other’s eyes for like 3 minutes, so it’s nice to work with someone where that isn’t awkward. It just is what it is. [laughs] And he’s such a great guy. We get along amazingly. He gave me a little carrot necklace at the end of season 1. We’re definitely really good friends. He’s a great dude and I can’t imagine anyone better to play Gilbert. 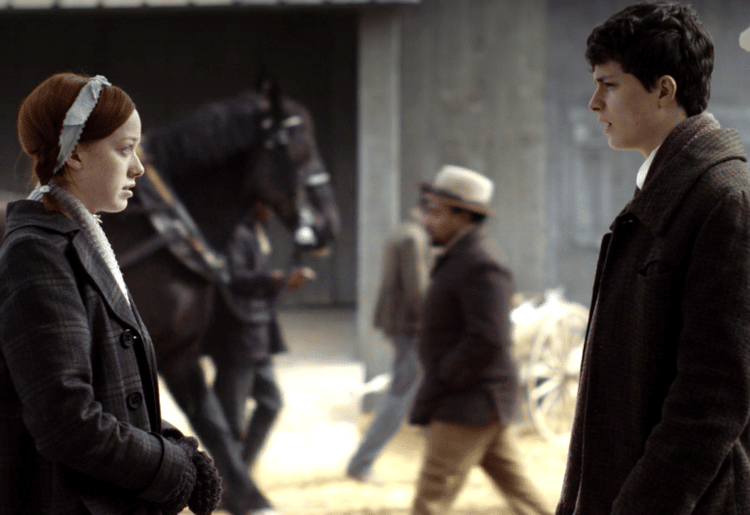 BT: You’re such a role model to women of all ages. Who are some of your role models?

AM: Oooh, I have so many! I think my main role models would be really strong, beautiful women like Zendaya and Rowan Blanchard who are truly fighting the good fight for all of us, and they’re so empowering and courageous, and just good humans in general. There’s this beautiful woman named Claire Wineland who unfortunately passed away yesterday. She was an incredible role model for me. She fought with cystic fibrosis and she had this beautiful outlook on life and death and everything in between. So she was an amazing role model for me in so many ways. I’ve got a lot of really beautiful women in my life that I’m very grateful for. And my Nanna, I have to say.

BT: Since Anne is such a voracious reader and you said that you’re very similar to her, so what are some of your favourite books?

AM: Oh my goodness, I feel like a lot of my book case is very political. I read a book a little while ago called The Hate U Give by Angie Thomas. It’s a beautiful, extraordinary book and the movie is coming out soon with Amandla Stenberg, also one of my role models. That was one of my favourite books to date. It’s just a beautiful story and very necessary for a lot of people to read right now.

BT: Which shows do you like to watch on TV?

AM: Ooh, I’m a fan of a lot of things actually. I finished the new season of Orange is the New Black recently and I’m currently binge watching Black Mirror, which is terrifyingly amazing and it is creeping me out in the most incredible way.

BT: I think Anne would really like Black Mirror too, since she loves telling scary stories.

AM: Oh absolutely! I think she’d be a writer on Black Mirror.

BT: What can you tell us about Anne with an E season 3?