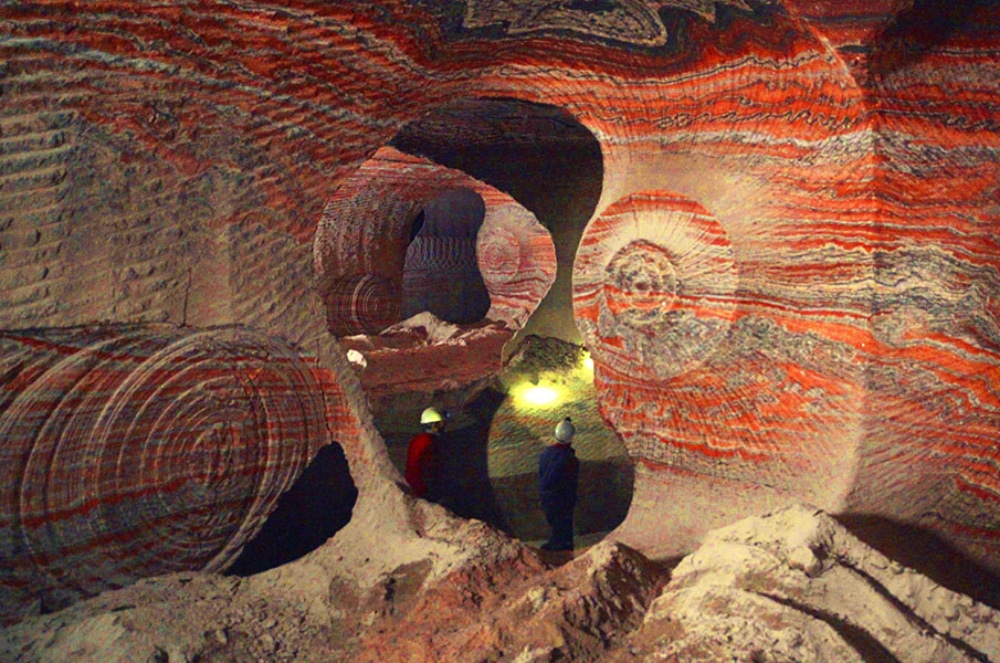 When Michelangelo wanted marble for the David, he apparently knew to go to Carrera, Italy for a hunk. In directors Jennifer Baichwal, Nicholas De Pencier, and Edward Burtysky’s ANTHROPOCENE: The Human Epoch, we hear this anecdote as a one-liner from a simpler time. As the camera pulls back on marble mining today however, we discover something else. Even in service to art, we are killing the planet.

Much like their previous work together, the three directors have travelled the globe capturing images breathtaking in their scale, beauty, and horror. Their new film speaks to an endless cycle: huge mines produce smelted metal used to build huge machines, which can then be used to extract more minerals… to build more machines. Even something seemingly future proof (electric cars) results in gigantic fields of drying lithium, and yellow-green pools of unknown chemicals (the men floating along in hazmat suits surely know). ANTHROPOCENE‘s didactic approach, which includes heavy narration by Alicia Vikander, may annoy some because, in truth, the visuals speak for themselves. It doesn’t take a scientist to understand what writer Baichwal is trying to say as, say, a massive crane tears down a cathedral.

In this way, the film’s content does not surprise, making it all the more disheartening the filmmakers couldn’t find more hopeful counter examples. The few shown still feel immeasurably sad. This is what we’ve driven ourselves to? This is where optimism begins? We can now mass produce as many Davids as we could ever want, but they may only be useful for building seawalls.