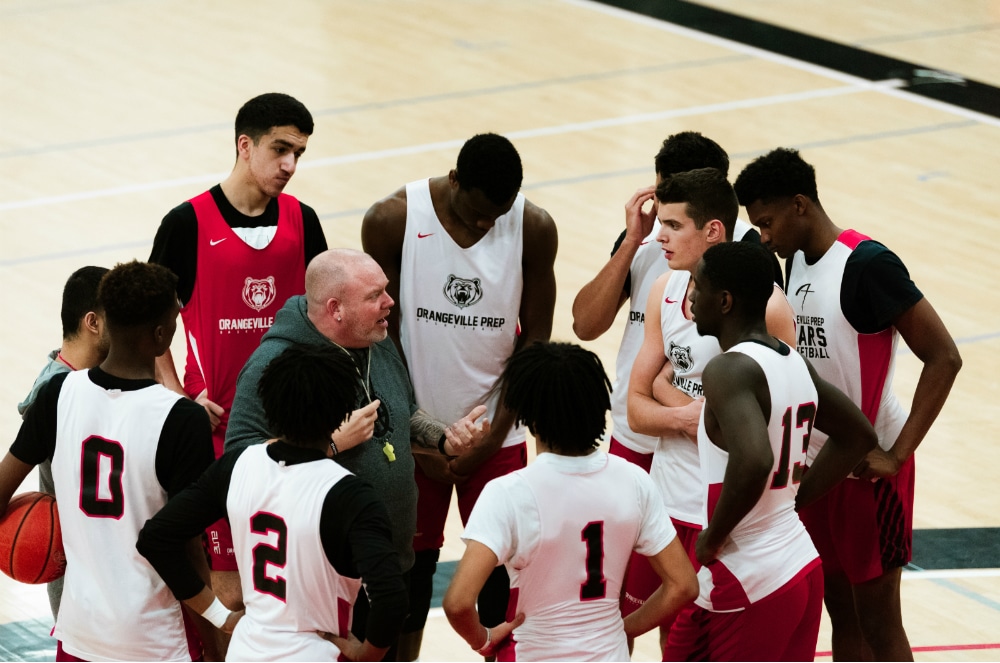 Sacrifice is the word of the day, week, month, and year in writer-director Michael Hamilton’s Anybody’s Game. His docu-series takes us inside Orangeville Prep, the top basketball incubator in Canada, which counts among its alumni NBA success stories Jamal Murray and Lu Dort. As the show repeatedly makes clear in the three episodes offered in advance, however, an aspiring player had best be prepared to work, work, and, oh yeah: work.

Structured around an invite-only tournament in the U.S. (appropriately named the Grind Session), Anybody’s Game follows coach Tony McIntyre and his young charges competing as the bracket’s only Canadian team. In the process, we learn about some of the players’ lives, their roles on the team, and their prospects for a future in basketball. In this, Matthew Alexander-Moncrieffe appears as the star, gifted with talents that could take him places. There’s also Jeff Ngandu from the Congo, with more riding on basketball than most, and other kids trying their hardest to stand out. The tension throughout the series comes not just in watching their team try to win, but in sussing out which of these young hopefuls could actually make it at the sport’s elite level. This provides the series with its narrative drive too, but also poses its largest unasked question: what will happen to these kids, training three times a day and sacrificing “normal” teenage life, if they fail? Given Hamilton’s level of access inside Orangeville Prep—and obvious sympathy for its mission—we hope for the best, but I can’t help consider the downsides here.

The truth is: the odds of NBA success for any of these high schoolers is remote. So, while Anybody’s Game makes clear how basketball’s growth in Canada has made institutions like Orangeville Prep viable, it also feels like the series is merely putting a fresh sheen on the same old system. Yes, basketball is now anybody’s game in this country—which is cool to see—but why does that outcome still feel like a zero-sum game?