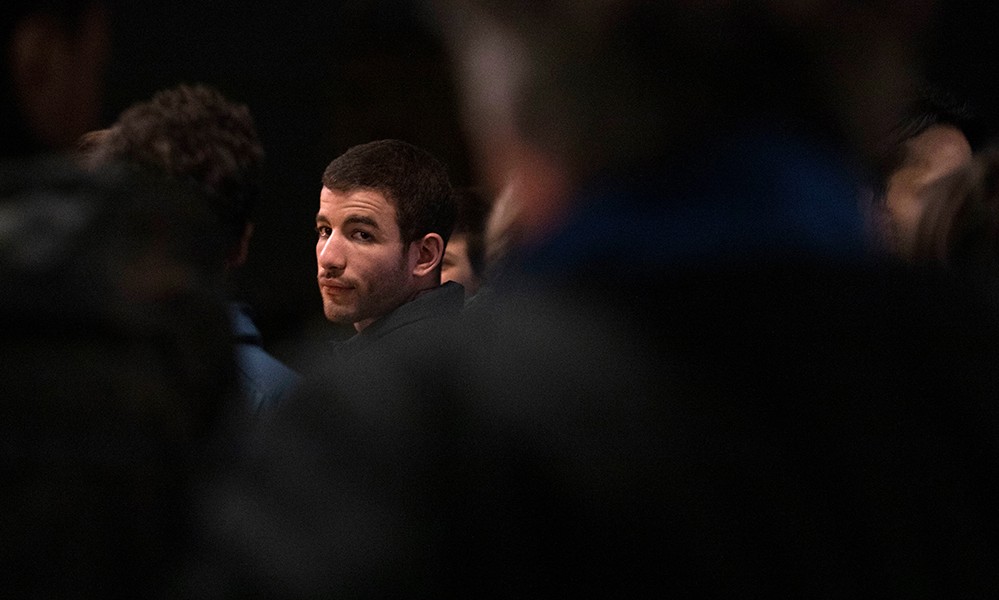 There’s a pressure to Laurent Cantet’s Arthur Rambo that feels familiar if you’ve spent any time on social media. Its main character, a writer named Karim D., is a star on the rise before troubling tweets re-surface. Suddenly his life is a jumble. Is he the victim of—gasp—cancel culture? I’m not sure Cantet has an answer—or a clue.

As co-written with Fanny Burdino and Samuel Doux, Arthur Rambo tries hard to say something about the political and media worlds we live in now. And believe me, it really wants those words to be read in capital letters—this aspires to be the Film We Need Now. Karim (Rabah Nait Oufella, in a blameless performance) has a valuable story to tell: an autofiction narrative about his Algerian immigrant family in France. (It’s the Book We Need Now.) Meanwhile, Karim has been tweeting as an alter ego, Arthur Rambo, spouting virulent ideas (which pop up on-screen), and supposedly confronting fascists who in turn respond. What both Karim and Cantet never seem to grasp is: whatever the outcome, this is a dumb thing to do!

Arthur Rambo is unable to contend with social media’s ability to flatten (or collapse) context. It tries instead to make its central conflict the fault of some broader societal failure. We’re meant to feel this is all unfair—what about Karim’s other work? How can he be silenced in this way? It’s presented as an intractable problem when, really, there is a simple solution: delete your account.