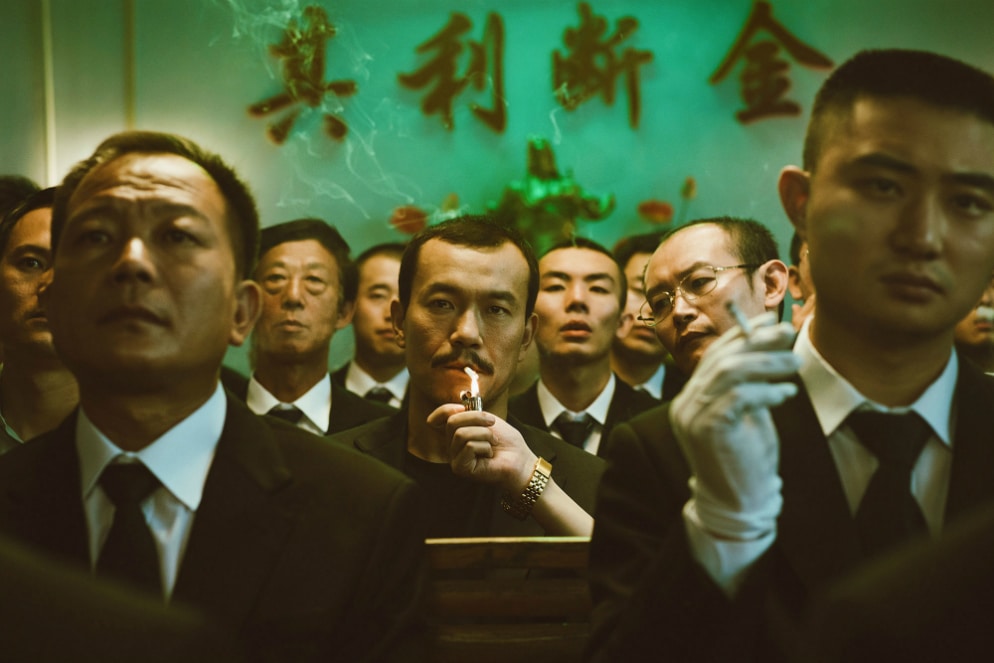 In Ash is Purest White, the new film from Jia Zhangke, we meet a brotherhood of local criminals, their popular leader, and the woman by his side. The small world they occupy feels remote at first, but Jia gradually places it within the context of modern China, capturing the country’s people and change as he goes. What’s most impressive though, is how Jia cuts through time and space to do all this, while also unfolding an expansive personal drama along the way.

That drama involves Bin (Fan Liao), the leader, and Qiao (Tao Zhao), the woman by his side—and undisputed star of the film. Tao has appeared in most of Jia’s work, and it’s not hard to see why: the camera adores her. (And so too does Jia; the pair married in 2012.) In the film, Qiao’s story pivots on the presence of a gun, the use of which sends her to prison for five years. Upon her release, and over many more years, she sets about reclaiming the life she lost. The narrative is generally gentler than that violence suggests, and that’s thanks to Tao’s beatific face and wonderfully shaded performance. Jia sets her across a wide array of landscapes, from glassy urban offices to the silent steppes of a volcano, allowing us to study Qiao and her now wide world. Much as he did in Mountains May Depart, the frame in Ash is Purest White slowly expands (only metaphorically this time) to reveal these great waves of transformation, both internal and external. With Tao as its radiant centre, however, the film never loses itself.

Late in the film, someone remarks they’re all prisoners of the universe. As we track the broad developments of Ash is Purest White—the new phones, the industrial ruins, the rising Yangtze River, the upheaval constantly crowding into the frame—we learn something smaller too, something personal: they’re also prisoners of themselves. That Jia arrives at this thought after crafting Qiao’s experiences of love and heartbreak over the years is not exactly comforting—but, my goodness, it is pure.