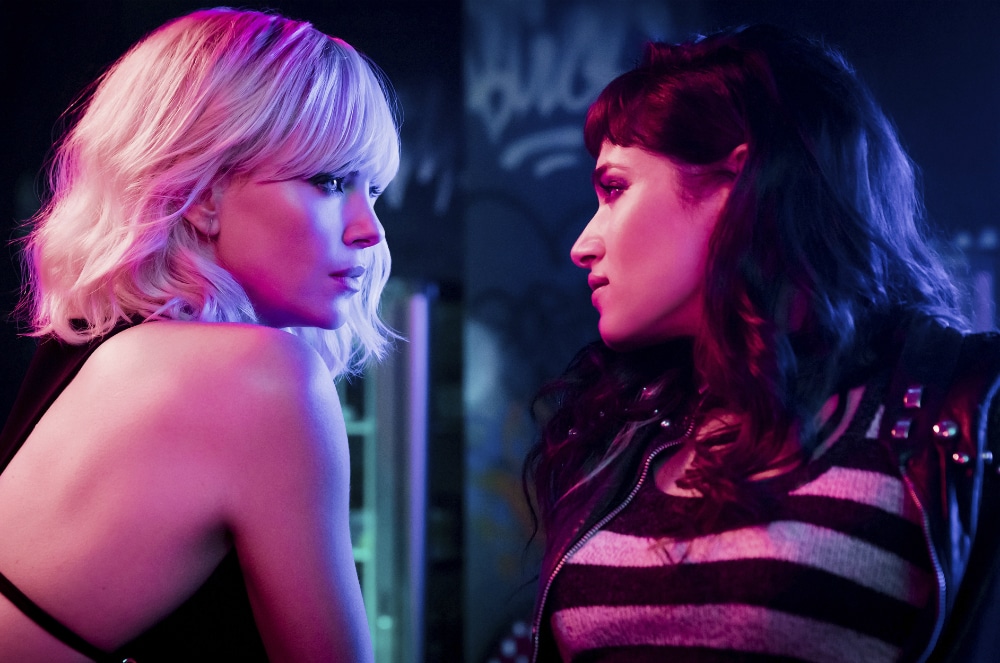 The solo debut directing feature from former stuntman and stunt coordinator Will Leitch is a triumph of style. Based on a graphic novel and set in Germany during the fall of the Berlin Wall, which the film insists, is not trying to tell *that* story, Atomic Blonde rests on the toned shoulders of Charlize Theron as Lorraine Broughton, a spy for MI6, and Theron delivers and then some. It’s a transformative performance by the oft-overlooked actress in the realm of action. The film essentially rests on the ability to deliver action sequences and other kinds of action sequences, and Theron is game for both parts.

Perhaps less successful is dialogue and pacing issues that haunt the first half of the film, but when Atomic Blonde comes to play, it really comes to play, and a seven minute continuously seeming action sequence in a dilapidated house is an absolute standout. Also successful is the director’s choice of soundtrack and how he uses it, playing on the eighties setting along with a number of tracks that feature German-like 99 Luftballoons, Der Kommissar, and a healthy dose of David Bowie. The format is that of an interrogation performed by Toby Jones as Eric Gray, John Goodman as the Quantico representative and Theron smoking an ungodly number of cigarettes. In between, the action is expository, as Theron explains a plan to get her quarry Spyglass (an in-on-it Eddie Marsan) out of the country along with an important object. Along the way, James McAvoy hams it up as a villainous ally (or an ally of a villain), Sofia Boutella is a French neophyte spy, and Bill Skarsgard from It as a German instead of a Swede (Hungary doubles as Germany in the film as well). But the less said about the plot, the better. This is a film that prides itself on delivering a thrill ride, and for the most part, this is what the audience, especially a specific audience, receives. The whole enterprise is ludicrous if thought of in realistic terms, but as a potential franchise and a jolt of entertainment, it makes for an exciting and genuinely thrilling watch. 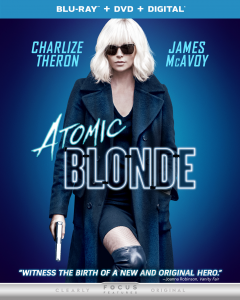 The action on display will thrill any recipient of the attractive Blu-ray/DVD combo pack that brings into focus a new Focus for its Features.

Win your very own Blu-ray copy of Atomic Blonde here!