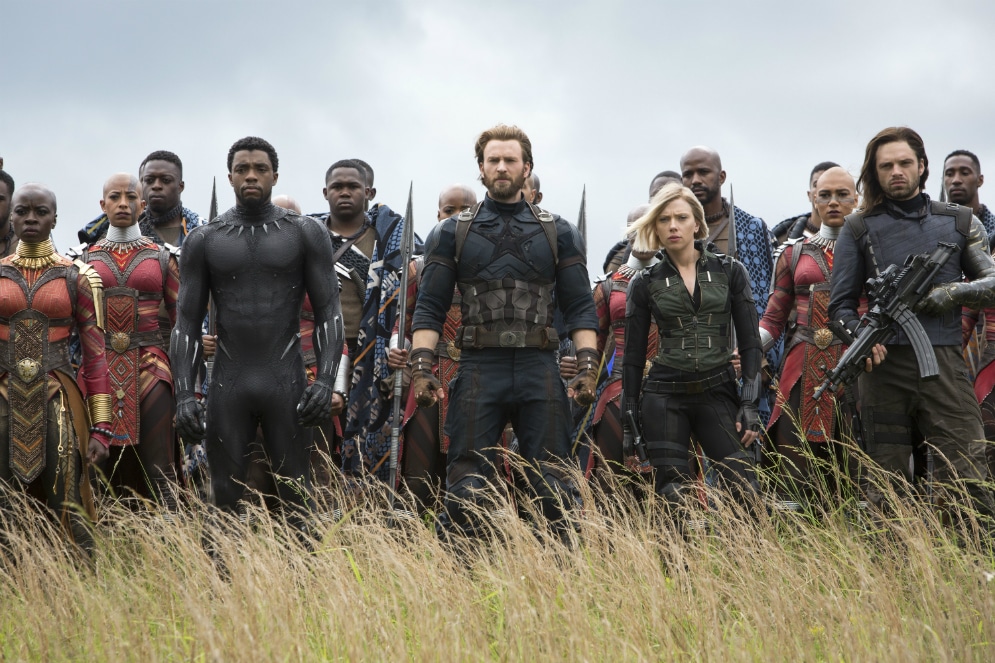 Given the past decade of Marvel Studios’ output, it’s best to not even approach Avengers: Infinity War as a film, per se. I realize this is a contradictory take—I did emerge from a movie theatre after all. As inspired by Marvel’s comic books, the events circumscribed by the “film’s” runtime feel part of a broader piece, an unspooling narrative without end. That there is an end to this particular story, one built around Thanos (Josh Brolin) and his dark quest to destroy half the universe, is merely because, well, we all had to leave said theatre eventually.

As promised, almost every Marvel character we’ve seen on film over the past 18 entries has a role to play here. (I won’t spoil who is absent.) This being the series’ 19th entry, a working knowledge of the fictional universe is assumed. If you don’t know how Vision (Paul Bettany) came to be, or what Thor (Chris Hemsworth, the stand-out) is doing in space, or why Spider-Man (Tom Holland, a solid addition) jumped into the picture, Infinity War will not help explain. Again, like the comics, continuity is both its greatest strength—we’re invested in these characters by now!—and its most noticeable weakness—wait, who is the Collector (Benicio Del Toro) again? To their credit, directors Anthony and Joe Russo, along with screenwriters Christopher Markus and Stephen McFeely, manage to wrangle everything into one relatively coherent package that leaps between different spots on the globe, across the universe, and in time. There are the requisite scenes spent on punching and kicking of course, but as befitting the best Marvel movies, each of the characters on hand get their moment to shine—via one-liner, heroic action, or both at the same time. It’s a lot, but that’s by design too. (DR) 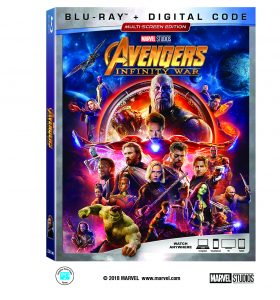 Highlights from the bevy of supplemental material on the disc include a feature length audio commentary by directors Joe and Anthony Russo along with writers Christopher Markus and Stephen McFeely, a gag reel AND on the digital copy there’s an exclusive director’s roundtable with (among others) Peyton Reed, Joss Whedon, James Gunn, and Ryan Coogler. It’s 33 minutes and it’s well worth your time! (LH)

Infinity War is very much a part of a massive corporate machine, one designed, Thanos-like, to consume as much cultural space as possible. In our world, Thanos has already won, as Marvel (and its parent company, Disney) have legitimately remade the notion of mainstream movies, and sent everyone else scrambling to catch-up or get out of the way. If this is a distressing thought, Infinity War is not the film for you. But if you, like me, enjoy the basic idea of smashing all these characters together like so many action figures, well then: you’ve already spent your money. (DR)