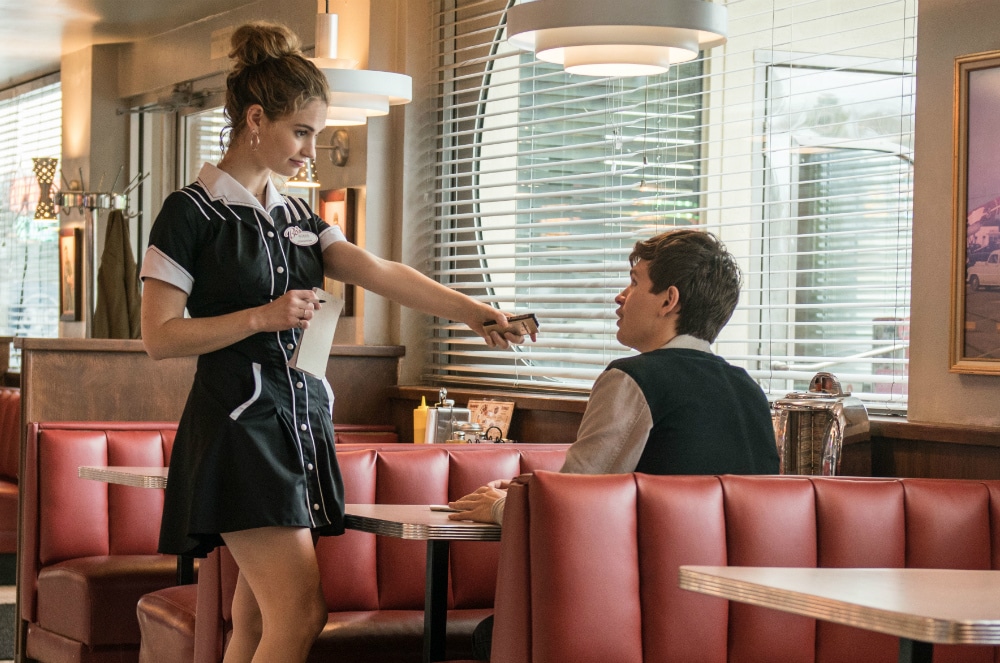 The aspect of Edgar Wright’s Baby Driver that is most agreeable is its killer soundtrack. It’s not just that Wright places songs on a film but interweaves them into the film to the point that they reveal truths about the characters. So it’s surprising that the film itself, which is particularly engrossing in Side One (the film would most obviously be a record), starts to unravel by Side Two. The action is still compelling, but the heart of the film in which Wright has infused so much feeling, sways its action towards mania and feels cartoonish when it shouldn’t be.

Because the first half of Baby Driver rocks so hard and is probably the most thrilling start to any movie in all of 2017. In terms of picking up in the middle of it, we are treated to a fresh start with Baby (Ansel Elgort), Buddy (Jon Hamm), Darling (Eiza González), and Griff (Jon Bernthal). Wright’s ease in starting Track One by dropping the viewer into the middle of the action is the work of a maestro, as the opening car chase scene (in which Baby reveals his driving acumen), has the audience on the edge of their seats. It delivers in a way that most franchise films are missing, which is that it feels fresher and newer and unknown. As the film hasn’t even revealed its title, the audience becomes passengers on a velvety smooth ride, and it turns out that Wright is just warming up, because by the time he introduces Doc (Kevin Spacey, who is a joy), and Debora (Lily James), the film is at a crescendo. The movie revs along with a sense of pride, driven to entertain in a white-knuckle ride (see it with a crowd, trust me). The alacrity at which Wright introduces a setting (Hotlanta, playing itself for a change), a cast of characters (we quickly meet another group of crooks, highlighted by Jamie Foxx as Bats), and above all, a mood is startling. This last feature is evoked by the soundtrack (featuring at least two versions of I’m Easy), and a scene of Baby dancing along, happy as ever.

This is some of the mania we have come to expect from Wright, though working free of pre-existing constraints for the first time in a while, it is easy to see why the film tested better than any in a long time. Pity then that Wright lacks the strength of his convictions to flip the switch and allow the film to roam free, as his pair of young lovers Baby and Debora keep threatening to do. In what feels like a road movie without the road, Wright plays it safe. The explosions and manic violence escalates and characters that don’t need motive or backstory suddenly switch gears. Even the soundtrack slows in the second half, perhaps slowed by a Queen song that feels like it has been reused.

Despite this bump in the road, Baby Driver is a theatrical experience without parallel, so make sure to drive up and feel the adrenaline. Oh Baby.