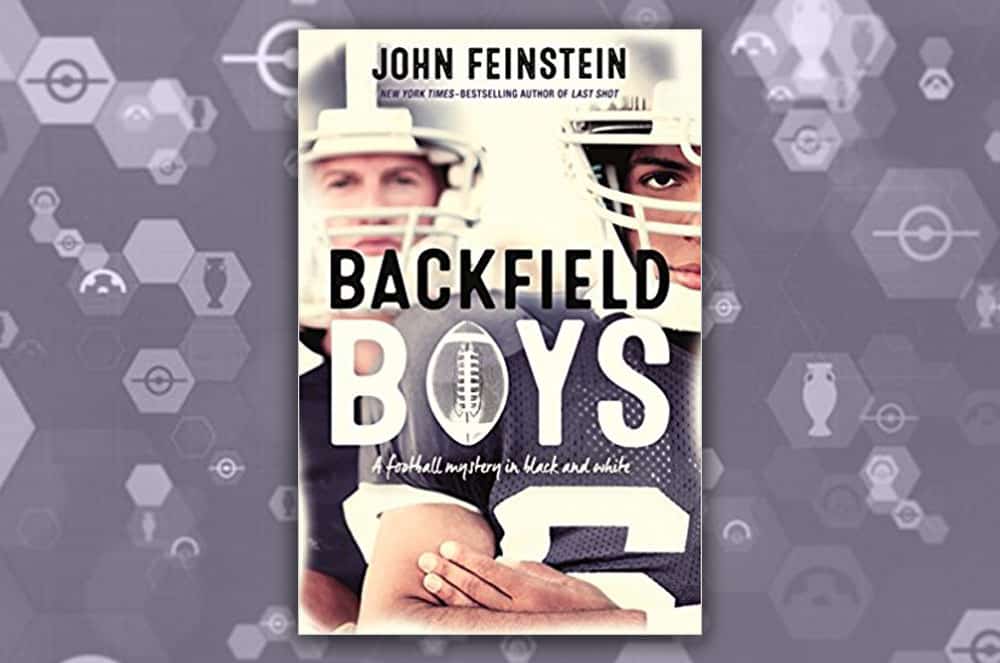 Backfield Boys is the kind of book that I really wanted to like. The subject matter could not be more timely, as it is about a pair of athletes, two football players, a wide receiver and a quarterback, who are introduced in the opening chapter, and one is black and one is white. The twist is that the wide receiver is white and the quarterback is black. Tom Jefferson and Jason “White Lightning” Roddin make for an interesting pair, and compound this subversion of expectations with the fact that Jason is Jewish, and the controversy surrounding Colin Kaepernick, this book by sportswriter John Feinstein clearly feels like a timely piece of entertainment in the Trump era.

However, despite its promising beginning, the story repeats itself endlessly. Jason and Tom are accepted into an exclusive boarding school in, of all places, Virginia. Tom tries to line up at quarterback and Jason at receiver, and the coach tells them to swap positions. When they refuse, he benches them both and they rebel. That’s the book, essentially, in a nutshell. It has a few more pages and is quite readable, but not much of anything else happens. The coach stays racist throughout, the school administrator is revealed to…well, let’s just say that the book is timely in more ways than one. But the plot does nor advance further than it needed to in order to create tension, and it was just frustrating.

The sad (Sad!) part of Backfield Boys is that it did not need to feel so stilted, and yet it does not succeed as a sports underdog story, (as the team is impossible to cheer for), and it does not make it as a parable either, as it is clear that the good guys (and gals) stay good, and the bad guys stay bad, and that racism is intolerable. The mystery of the title kept me waiting for all sorts of shades of grey, and there was none. It just made me feel depressed about the state of the world. Though Feinstein is clearly on the right side of history, his Backfield Boys have committed a costly fumble.

Backfield Boys: A Football Mystery in Black and White was provided by Raincoast Books in exchange for an honest review. It may be purchased from your friendly independent bookseller or other fine bookstores.