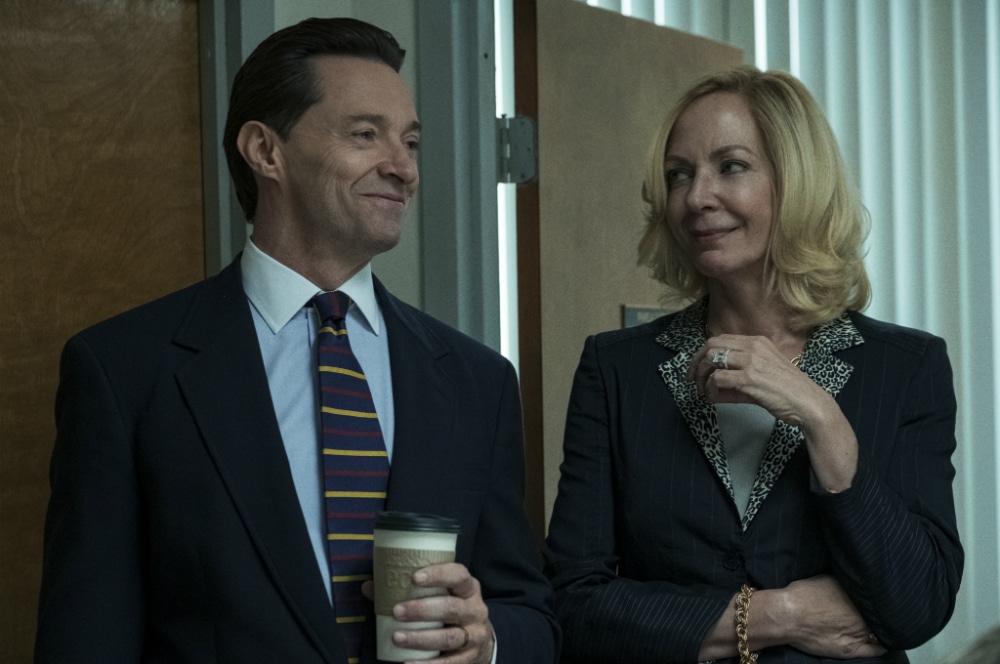 We know something is off about Frank Tassone, the Roslyn district school superintendent, first glimpsed primping himself in a mirror. He’s the central character in Bad Education, directed by Cory Finley and written by (former Roslyn student) Mike Makowsky. And since their film is about corruption in that school system, we expect some broader criminality too. But therein lies its main tension: Frank is played with radiant charm by Hugh Jackman. We want to trust him.

Watching Frank work, we understand how and why he’s earned the school district’s top position. He knows how to make everyone—from parents, former students, to school board chief Bob Spicer (Ray Romano)—feel good. With his slick hair and sharp suits, Frank cuts an inspirational (and aspirational) figure. Jackman easily portrays him as such, using all of his talents to subtly bring us under his thrall. As the Roslyn house of cards starts to collapse behind some malfeasance with his number two, Pam (Allison Janney with a Noo-Yawk accent), and through the dutiful work of student journalist, Rachel (Geraldine Viswanathan), we wonder how Frank could be involved. As Bad Education makes clear, however: if you attended or worked at—or even lived in the area of—a school with a crooked administration, that would affect you too. Even if, yes, it had nothing to do with you. Finley’s careful touch understands that principle as he teases out the links between one motive and another, all on their way back to Frank.

It’s easy to see what drew HBO to Bad Education, and also how it could struggle to find broader attention. Jackman’s performance is one that resists absurdity, even as he and the film curdle into a banal type of evil. To Finley’s credit, his film remains level, avoiding a tempting tilt towards farce. The final effect is smaller and truer to life, providing a flip-side proof to Maya Angelou’s most memorable lesson instead. If we should believe people when they show us who they are, then we should also remember: when people hide who they are, run away.

They Call Us Warriors Review