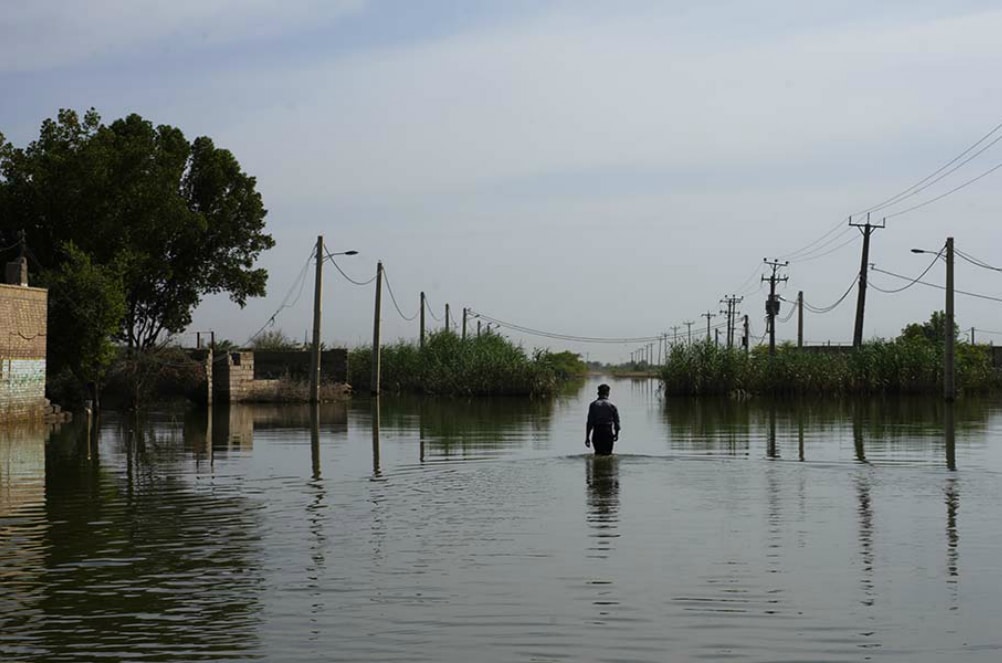 The water in Bandar Band, directed by Manijeh Hekmat, is not technically part of the film’s production. It just is, owing to the massive floods of 2019 that submerged wide swaths of Iran. Hekmat’s film deals with that fact of history, surfing along as best it can while adding to the grand tradition of Persian road movies. That it finds its way is an achievement.

Most of Bandar Band takes place inside a van which acts as a refuge for Navid (Reza Koolghani), Mahla (Pegah Ahangarani), and Amir (Amir Hossein) as they make their way to Tehran for a music competition. Owing to the floods, their way is beset by all manner of problems—roads washed away, endless dead-ends, officials with just a bit too much power, and more. Hekmat’s film steers itself away from despair though, thanks in part due to the lived-in performances from her trio of actors, but mainly due to her steadfast tone. We see people’s lives washed away in this film and yet there is a heartening spirit on display that seems impossible to erode. Everyone keeps moving.

With its long shots from the van’s backseat, Bandar Band makes an audience feel like they are trying to get somewhere, but not quite in control. That’s how it goes for the film’s leads too as they continue their difficult journey. There’s an obvious metaphor here for Iran’s youth, be they artists or otherwise; Hekmat doesn’t lean too hard on it to make her point. She understands it’s easy enough to be swept away.

The Best Is Yet To Come Review