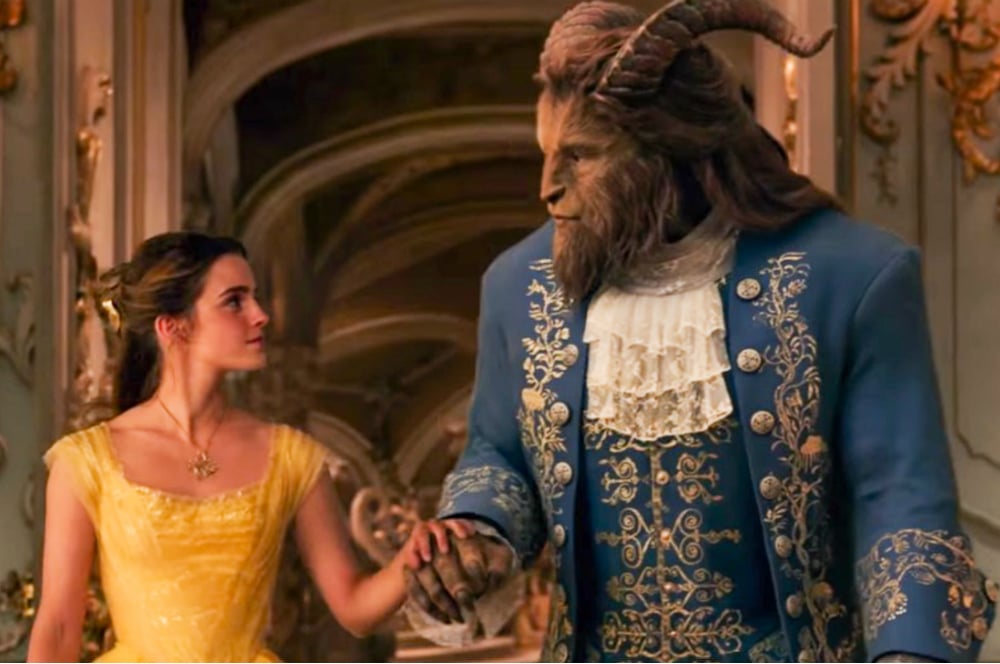 In 1991, the Disney film Beauty and the Beast became the very first animated feature to be nominated for Best Picture at the Academy Awards. A generation later, the film is still regarded as one of the best animated movies of all time, and yet it’s been dogged ever since with countless critiques. Snickers over the heroine’s apparent Stockholm Syndrome abound, and, yes, there’s that hairy issue of bestiality that overshadows the film’s ‘love conquers all’ happy ending.

Over the years there have also been a myriad of Socratic debates over minute plot details in the film. Details such as: What does Belle do all day? (both in her life prior to the Beast and after) Where’s Belle’s Mother? Why doesn’t Gaston notice the beauties who are constantly fawning over him? Why didn’t Belle ever try to escape from the castle? Why doesn’t Belle even start to eat all that food in the Be Our Guest number? Why did the townspeople not know about the spell cast on the habitants of the castle when they were living so close to them that entire time? How could Belle have fallen in love with the Beast in such a short period of time? What exactly happens when the last petal falls?

Well not only do screenwriters Stephen Chbosky (no doubt attached because of his The Perks of Being a Wallflower connection with lead Emma Watson) and Evan Spiliotopoulos fill in those narrative gaps but they also give us Disney’s first two interracial couples, a gay LeFou (albeit in a blink and you’ll miss it moment), and, most importantly, a modern Disney princess in the feisty and fiercely independent retooling of Belle. 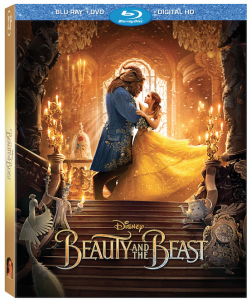 Although the home entertainment package is noticeably missing a commentary track (most likely holding onto a few for the inevitable deluxe re-release), the folks at the Mouse House clearly put a lot of delightful touches on the bonus extras here. At first glance our personal favorites were the stunning chapter markers (each one has a beautiful picture to accompany its title, and the songs are all easily accessible from the chapter menu) and the fun opportunity to only watch the songs in a special sing-along version. After watching each and every one of the special features (did we mention how much of a Beauty and the Beast fangirl we are?!), the highlights were definitely ‘A Beauty of a Tale’ (featuring interviews from many of the film’s leads) and the ‘Enchanted Table Read’ (which showcases Luke Evans’ remarkable live singing and dancing abilities and I dare you to keep a dry eye while watching Emma Thompson surprise the cast with an impromptu singing of the title song).

For purists (like myself) hoping for an almost shot for shot remake of the original, you’ll be pleased to note that director Bill Condon (Dreamgirls) has, for the most part, left the contents of the cartoon classic in place (heck, even the gold scrunchie worn during the title song and dance makes an appearance, and there are even a number of hat tips to the Broadway production). Sure, a lot of the lyrics to the standards ‘Belle’ and ‘Gaston’ have been changed and Emma Watson, even with the best autotune technology Disney can buy, can’t hold a note, but the rest is as magical, enchanting and awe-inspiring as you’d hoped it would be.

Beauty and the Beast is currently available on Blu-ray+DVD+Digital HD.