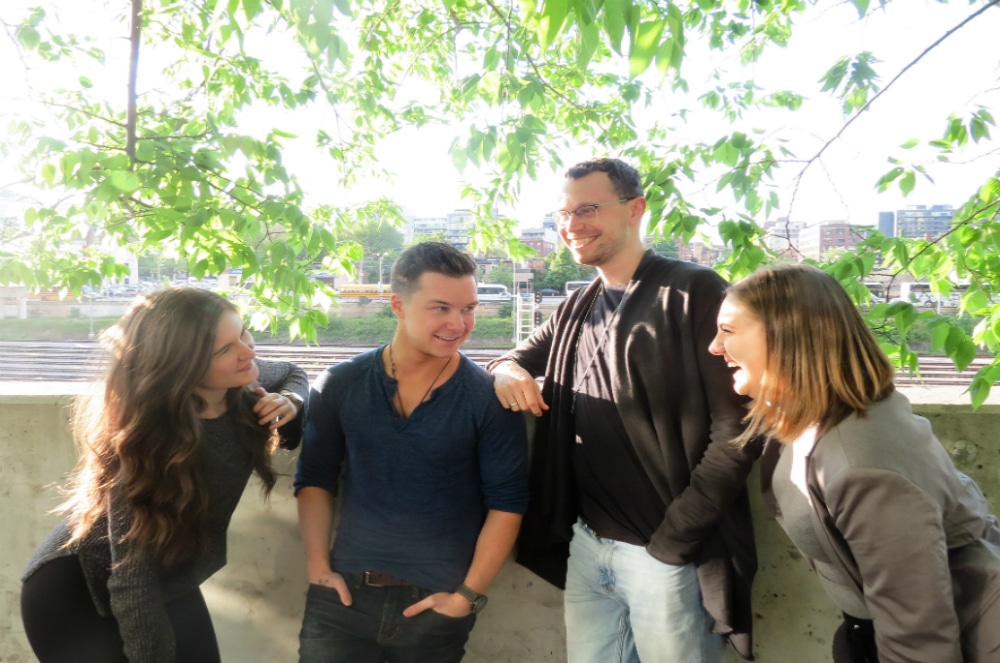 There is quite a lot to unpack from a performance of Becoming Me, a brand new musical from the creative team of Aubrey Rothman and Stacey Collins. The idea to mount a full-length (75 minutes) brand new production during the festival is a bold one, and while some elements worked very well, there are some that are in need of fine-tuning.

Blake Canning as Andrew (or Andy) is a very engaging lead actor, and certainly felt like he had the heft to carry a performance, at least acting-wise. During a crying scene, he let out real tears, and this isn’t an easy task to accomplish. There is a bit of a hitch with his singing though, and there were times when he seemed to be off-key and for almost an entire song. In addition, the whole substitution of Andy and Andrew felt a little too much like Stephen Sondheim’s Company and elements of the show including the music felt like they wore their influences a bit too heavy on their sleeves, (for some reason I was left thinking about Part of Your World from The Little Mermaid even though none of the songs sounded like that one explicitly).

Taking on a musical about depression and anxiety is also quite noble, and faring best in the performance /  singing was Jessica Watters as Andrew’s bestie Michelle, though the other supporting players are all quite game. The message of hopefulness and taking it day by day are complemented by an actual staircase in the performance space and the staging works quite well. But it needs an editor to bring disparate elements together more smoothly. Just because it’s Becoming Me, does not mean they can look outside themselves for help.