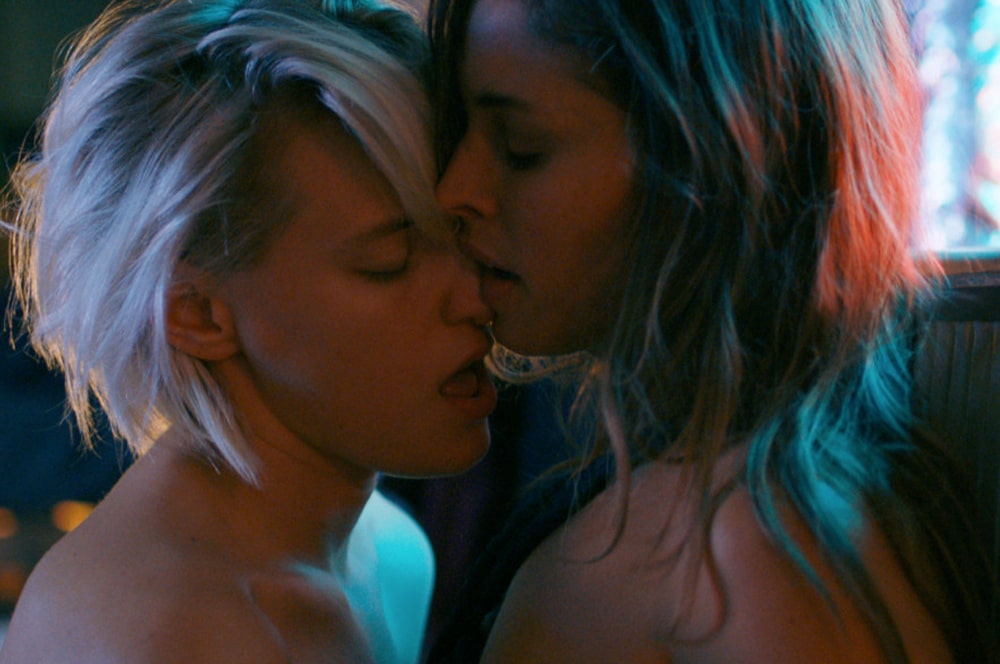 April Mullen’s Below Her Mouth is the kind of film that jumps right off of the screen, landing, well, somewhere below your mouth. The reason that the film works is because the leads, Jasmine and Dallas (Natalie Krill and Erika Linder) are a study in contrasts: Jasmine a dark haired, dark skinned, narrower appearance versus Dallas, a pale, blonde, slightly Swedish, Leonardo DiCaprio-looking and wider. The lack of matching of the pair seems to suggest that there is more to the story than simply a straight woman leaving her fiancé for another woman.

Indeed, to focus on the same-sex angle of the film will be to deny it its very basic truth: it’s ethereal. Therefore as dates and specifics are not provided, it becomes up to the audience to speculate on how much of the action is taking place, how much of it is imagined and how much exists in dreams where anything is possible. The end result is that Below Her Mouth feeds into the conceit that being in love can lead to madness.