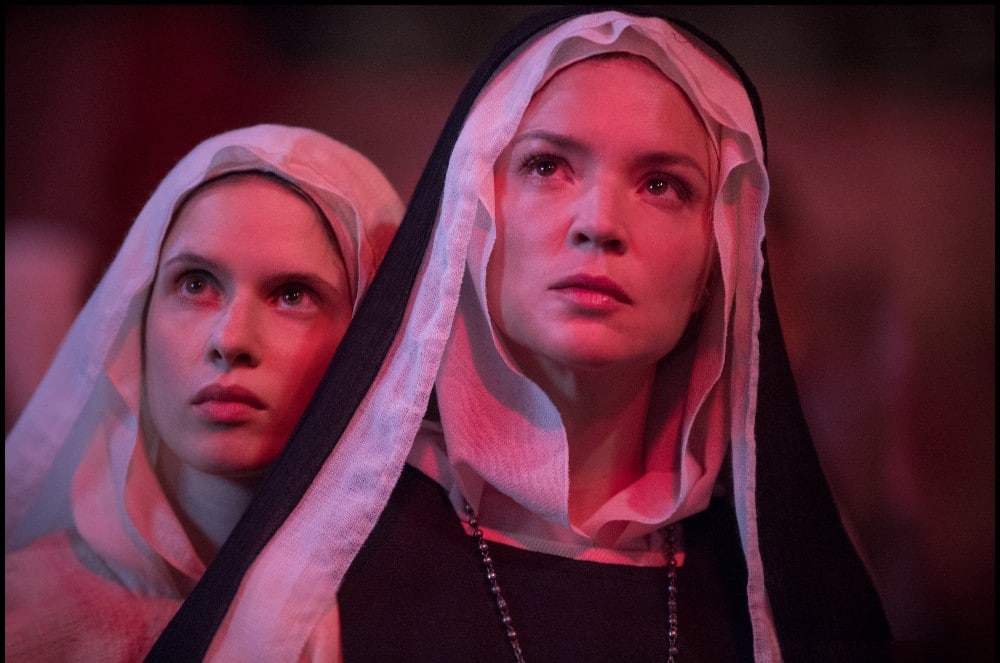 Like the characters in Benedetta, the new film by director Paul Verhoeven (co-written with David Birke), each of us will see what we want to see in its production. For some, the film merely tracks the Dutchman’s ongoing straying from the light of his earlier career; for others, it will recall the recitation of a comforting creed. Put me in the second camp. This is a film about a 17th-century lesbian nun—but also, somehow, much more.

We shouldn’t really be shocked that Verhoeven has made a film like Benedetta, or that he was interested in the subject matter in the first place. Based on a true story (and non-fiction book), the film introduces us to its titular character, a young girl inducted (or sold) into the nunnery, who grows into one of its most strident members (played by Virginie Efira). In Benedetta’s time, plague scours the land, which in turn feeds her religious fervour. With the arrival of Bartolomea (Daphne Patakia), however, our heroine begins to feel something else. True to his reputation, Verhoeven makes sure to visualize his story’s most lurid aspects, aided by the central performances from Efira and Patakia (and classic supporting turns from Charlotte Rampling and Lambert Wilson). What’s also true here is the director’s aim: while Verhoeven does indeed lay down some wanton sexiness (and violence too, for good measure), there’s a devilish cleverness here that’s hard not to enjoy. And before the film gets too glib, there’s also its actual heart, which examines those age-old dichotomies of doubt vs. faith—or, if you prefer, the sacred and profane—in a satisfying way.

Verhoeven is no longer working with the resources he once commanded, but to some extent, Benedetta‘s chintzy production design almost starts to work in the film’s favour. Like the nun herself, Verhoeven believes in what he’s doing, so much so you may become a convert too. And if not, well, it’s possible you’ll never think of the phrase “filled by the holy spirit” in the same way again.