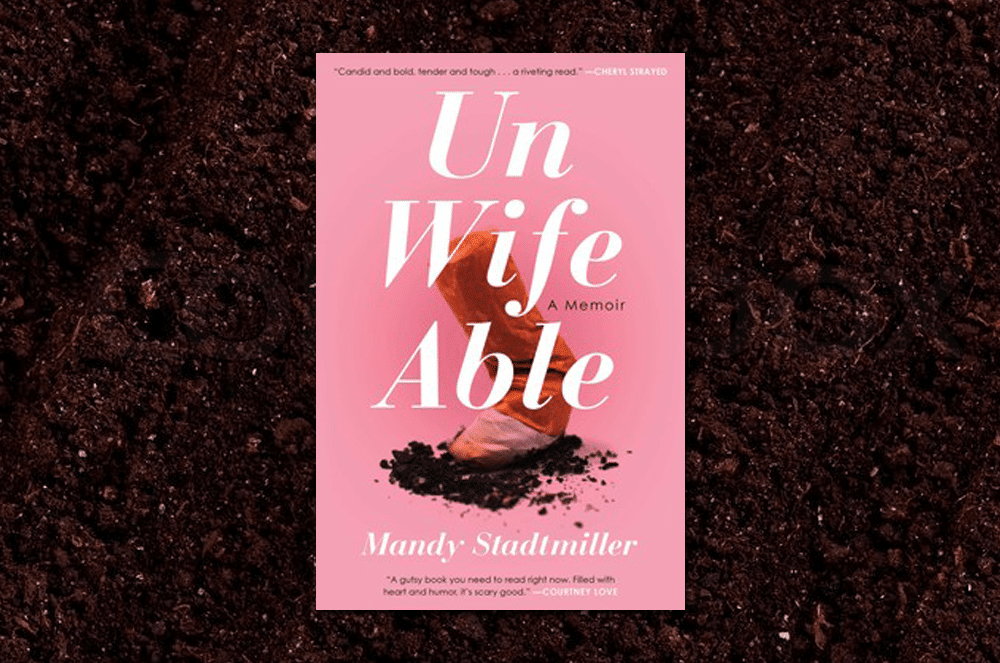 April showers bring May flowers but it also brings lots and lots of time for reading (because who wants to leave their cozy homes when it’s pouring outside?!). April also tends to be one of the busiest times for books to be published, which means we had to sift through and heavily debate, of the 22 books on our short list, which would be the final picks for our best books of the month. It was April madness! Without further ado, here are our 10 best books of April 2018 (with much love and admiration for our long list of honourable mentions).

My favourite book of April by far (!) is the former New York Post columnist’s brutally honest memoir of her self-destructive years following her divorce and how she learned to love herself, despite all her self-inflicted misdeeds (which we would just call “growing pains” if this were about a man). Mixing juicy gossip (the former Page Six writer knows exactly when to inject celebrity stories) with her own tumultuous story, Stadtmiller has crafted a powerful tell-all that should be a must-read for all.  (LH) 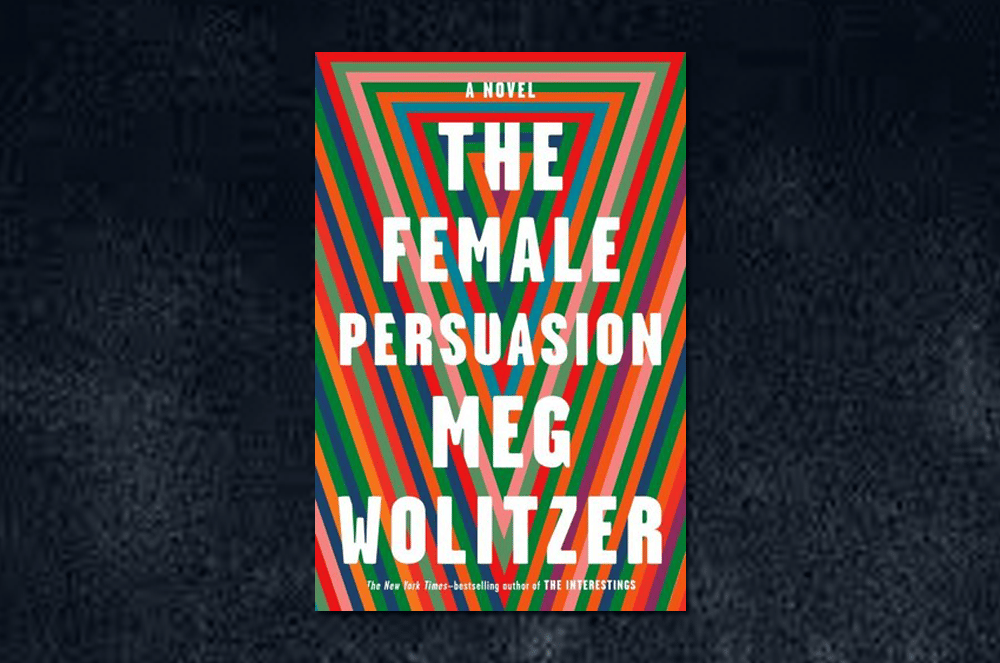 The Female Persuasion by Meg Wolitzer

This is one of the books about which the publisher seemed to be raving, and upon finally receiving the book,  it’s clear to see why. This is an incredible book and Meg Wolitzer can really write characters! Of course, we already knew this coming in, having devoured her previous colourful book The Interestings, but while that one was about a group of characters that separate and head in different directions, the book jacket description suggests that this book is about just two — Greer Kadetsky and Faith Frank, but it really features many more, and fascinatingly, whenever a character is out of frame, or is introduced as a minor one, he, or most likely she, is liable to return. This is a “big book”, but is a marvellous and addictive read from page 1 to 450, and perhaps we should start including Wolitzer among giants of literary fiction such as Jonathan Franzen and Jonathan Safron Foer (and this book teaches us why we may not do so in a timely critique of gender). (CT) 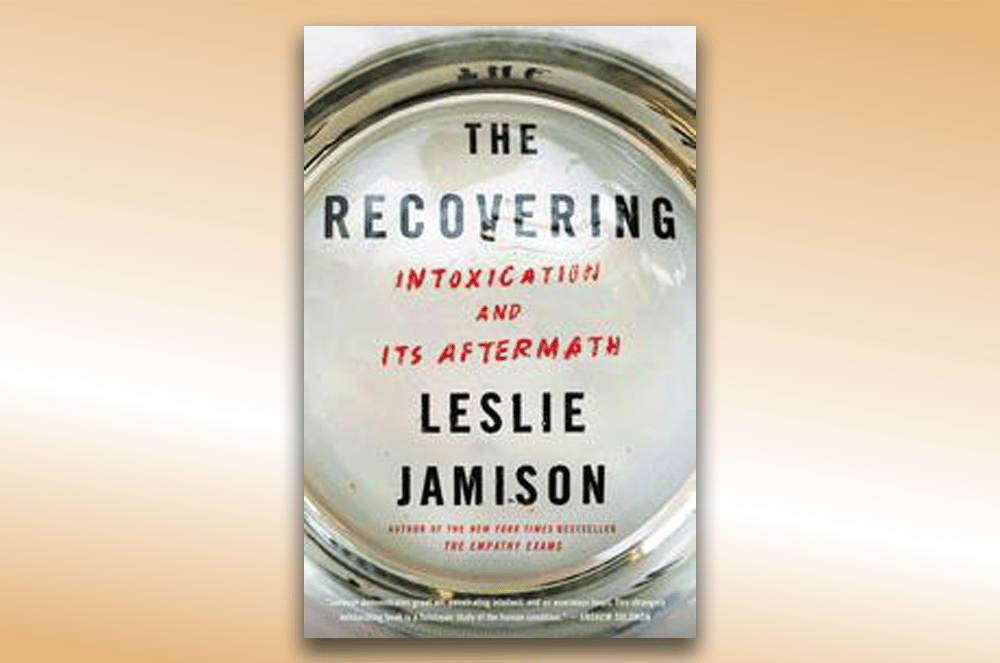 The Recovering by Leslie Jamison

When I initially received a review copy of Leslie Jamison’s latest tome, I bristled at the length of it, assuming its subject matter (Jamison’s well-researched take on the relationship between writers and alcohol) wouldn’t captivate me for its 544 page length. Then I started reading it and I found I didn’t want to put it down. Her follow-up to the critically acclaimed The Empathy Exams is, at times, painfully raw (the author opens up about her own battles with alcoholism and how she learned self-acceptance) and yet always intoxicating to read.  (LH) 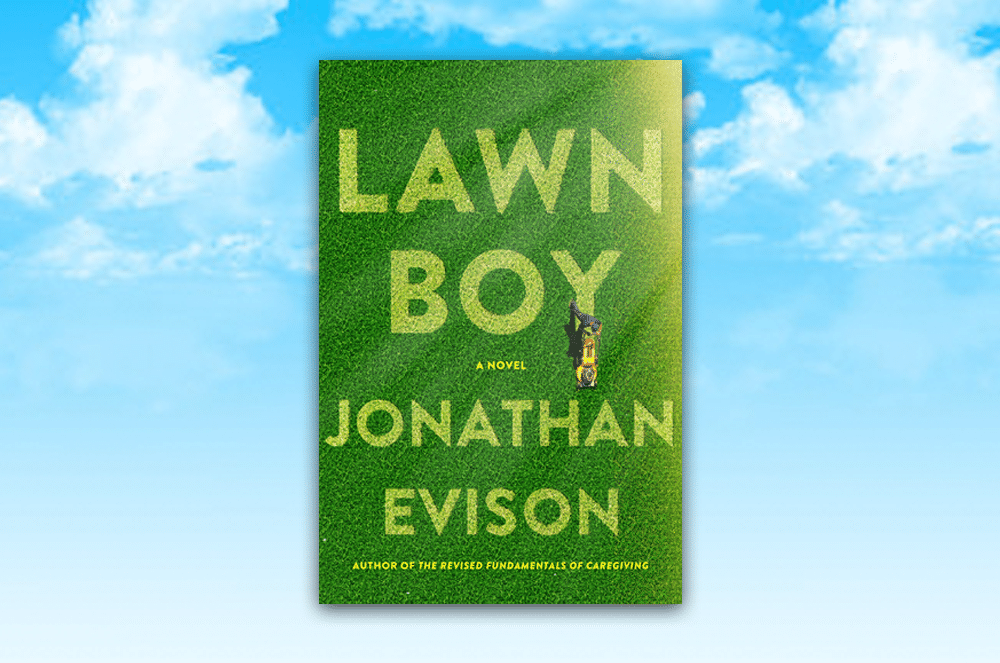 Lawn Boy is perhaps slightly less interested in smashing taboos as his last riotous book The Reluctant Fundamentals of Caregiving, (later turned into a melodramatic film entitled The Fundamentals of Caring), but make no mistake, this story of Michael Muñoz and his attempts to make something of himself is alternately funny, cringeworthy, heartfelt, back to funny, and ultimately quite somber but still extremely transgressive. In fact, the much discussed ending is one that we didn’t see coming, (just when the book is about to zag, it zigs), and reveals that the story of “fitting in” may be much different than it looks. Lawn Boy is Evison, now a proofreader as well as author, at another level of storytelling, because it works on a meta level as well, as Muñoz projects himself to be a writer but does some work in topiary. Some of the sequences are the funniest we’ve read all year. (CT) 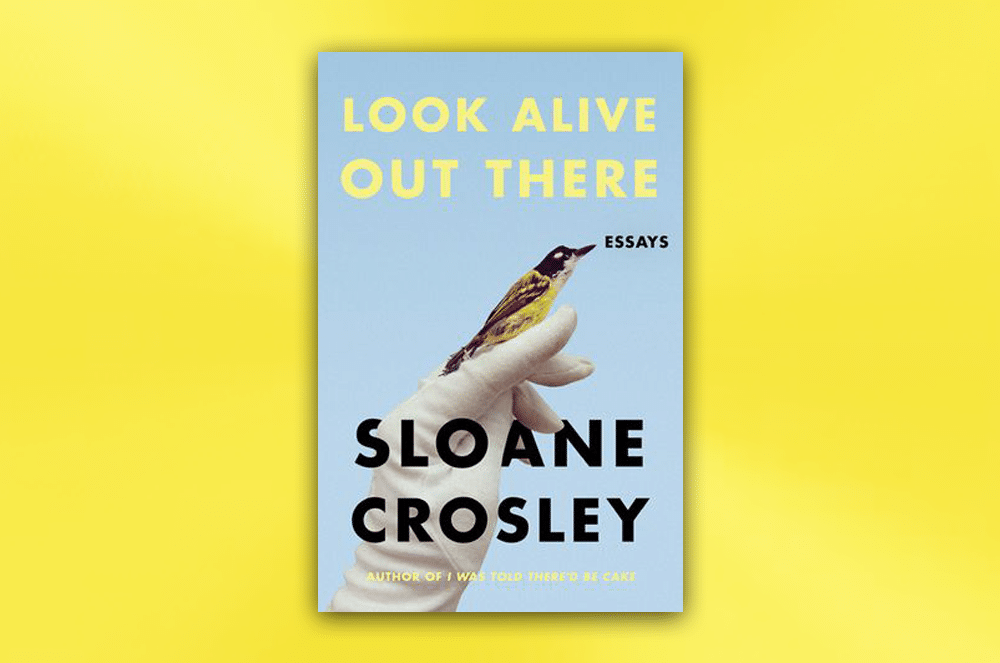 Look Alive Out There by Sloane Crosley

Speaking of funny, Look Alive Out There by Sloane Crosley is a collection of essays, which sometimes seems like shorthand for being able to present a greatest hits collection or odds and ends, and yet this collection is quite the opposite. Crosley is best when she is immersed in the story and makes herself as much of the observation as the surroundings. For example, the section on her experience on being on the set of Gossip Girl is just as relevant in replays as if it was still on the air, and some of the “fish out of water” tales are made funnier because Crosley doesn’t try to be ‘above it all’ or remove herself from the experience. She is a critic of cultures high and low and often times feels as home in one as in the other, has a witty knack for observational humour, getting the “gist” of the situation, and playing it back to often hilarious results. (CT) 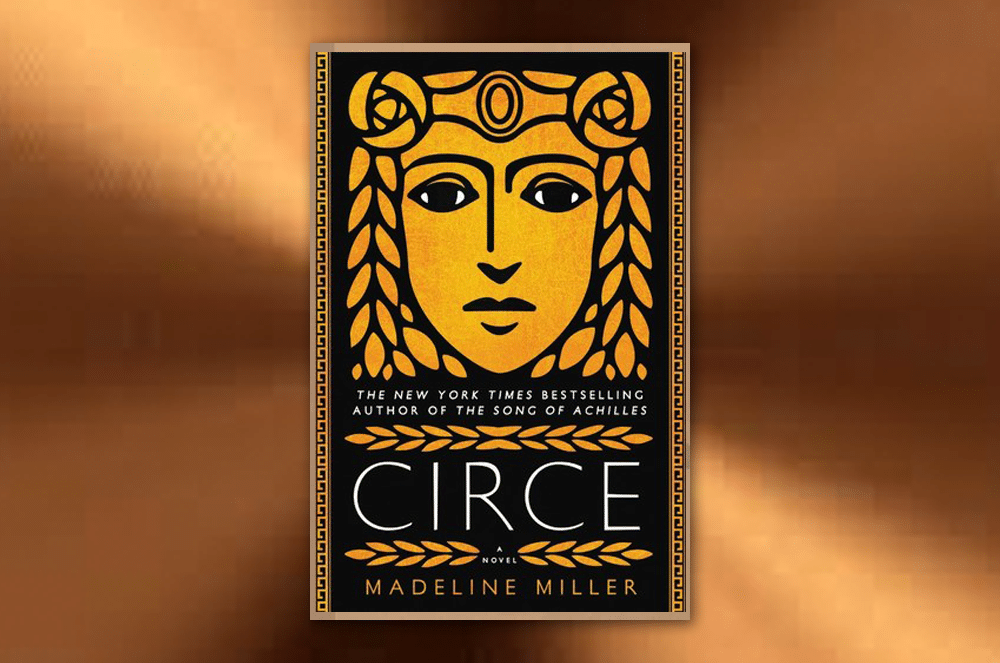 Of Madeline Miller’s long-anticipated follow-up to The Song of Achilles, author Ann Patchett wrote “An epic spanning thousands of years that’s also a keep-you-up-all-night page turner”, and we couldn’t have said it better ourselves. I fell asleep in one too many of my Greek mythology classes in university, but I assure you that I would have been far more interested if I had Miller recounting the tale of the Titans to me. The talented author uses Homer’s classic as her foundation and weaves together a powerful (and empowering) story of how Circe came into her powers. A dazzling sophomore effort from the Boston native.  (LH) 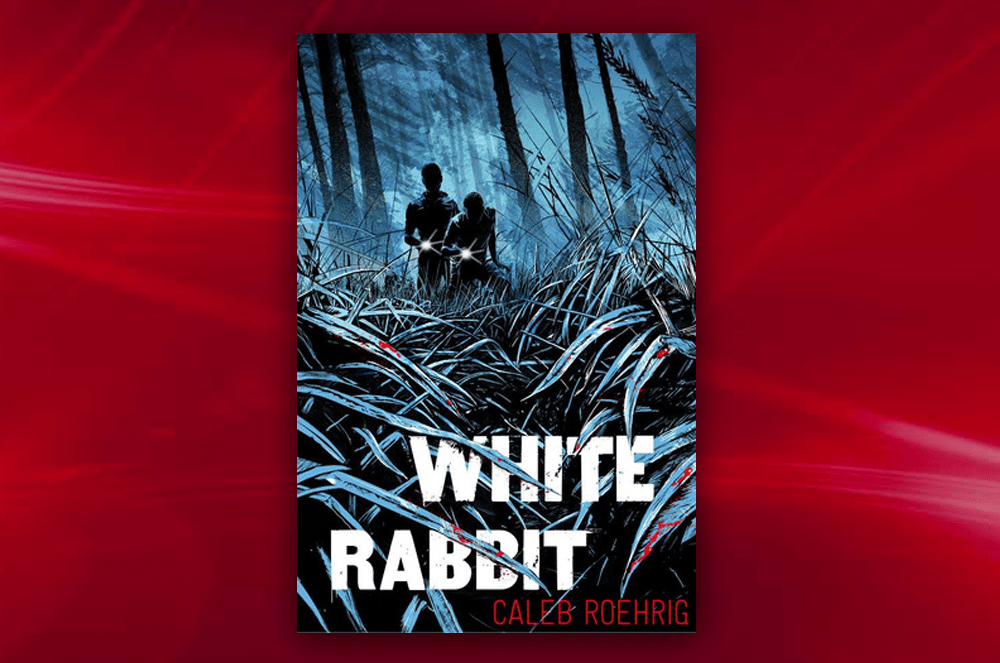 There is also a special place for Young Adult fiction on our list, and though this month doesn’t seem to feature many notable titles in this genre, Roehrig’s book is much more of a standout because of it. It is unique as it is part murder mystery and part, it’s tough to say, perhaps frank and open and realistic depiction of a same sex relationship from a teenage character? I know, it appears to be overstuffed, but I found it to be quite the opposite, as both the eventual solving of the crime (was it his half-sister who woke up with a knife in hand?), as well as the charting of a relationship gone slightly wrong between narrator Rufus Holt and his ex-boyfriend Sebastian. Plus, there is a character named Fox, the presentation of language is not that kind of cutesey way, in which the words are cleaned up slightly, and this is a genuine whodunit thriller. This makes for a great read and a fun way to slip into Spring. (CT) 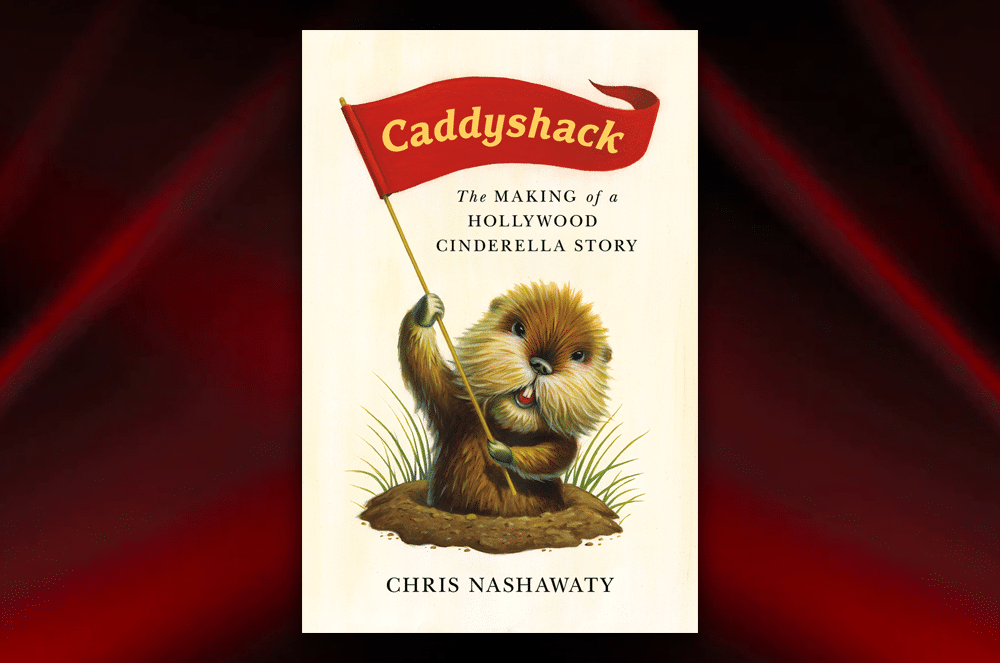 Caddyshack is a fascinating (and one can imagine, quite time intensive), deep dive into the movie Caddyshack, which held much fascination despite the fact that I wasn’t born yet at the time of its release in 1980. The narrative reads like it’s playing out in current time, despite going over some similar subject matter as A Futile and Stupid Gesture (which perhaps cannot be avoided). This book is a testament to Nashawaty researching meticulously when he could do so, (many of the protagonists are no longer with us, and one imagines that some just didn’t want to speak), and the fact that it’s really funny to read about a movie that isn’t funny, until suddenly the funny is found. Again, I have little attachment to the film and though some of the principals are close to home, it makes me want to watch the movie and see how the story has changed so dramatically since its release. Nashawaty hasn’t really wowed me as a film critic for Entertainment Weekly, but has definitely done so in book form. (CT) 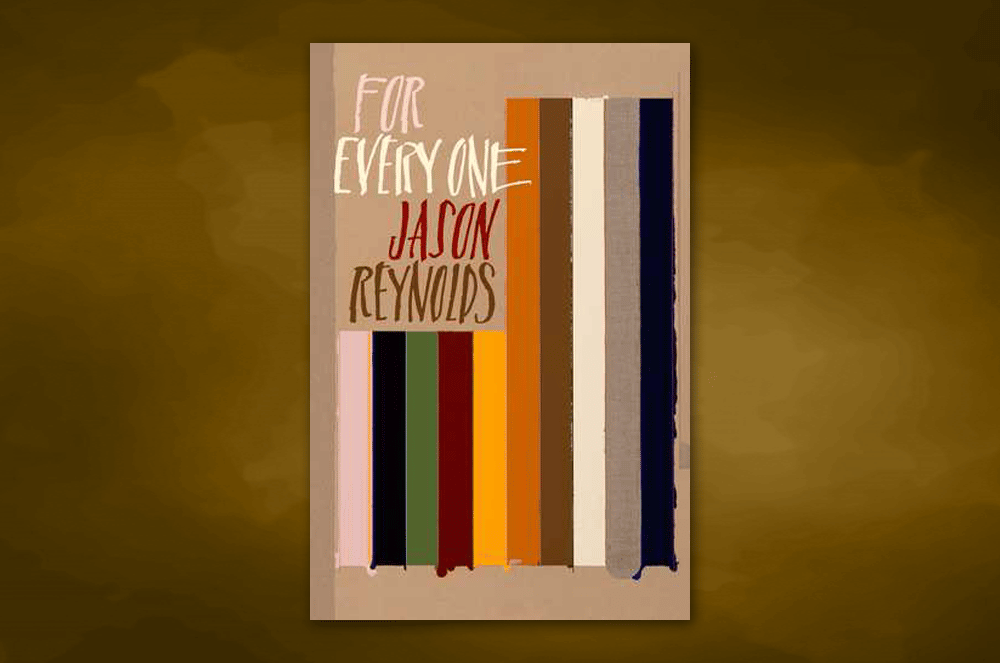 For Every One by Jason Reynolds

This book really is for every one and I recommend you pick up a copy for everybody young, old and in between in your life. What began as a letter Reynolds wrote to himself, expanded into an uplifting manifesto of sorts whereby the award-winning author confesses that he “don’t know nothing about” how to achieve success or riches, but he knows plenty about nurturing the passions and dreams alive within you. A poetic and timely masterpiece. (LH) 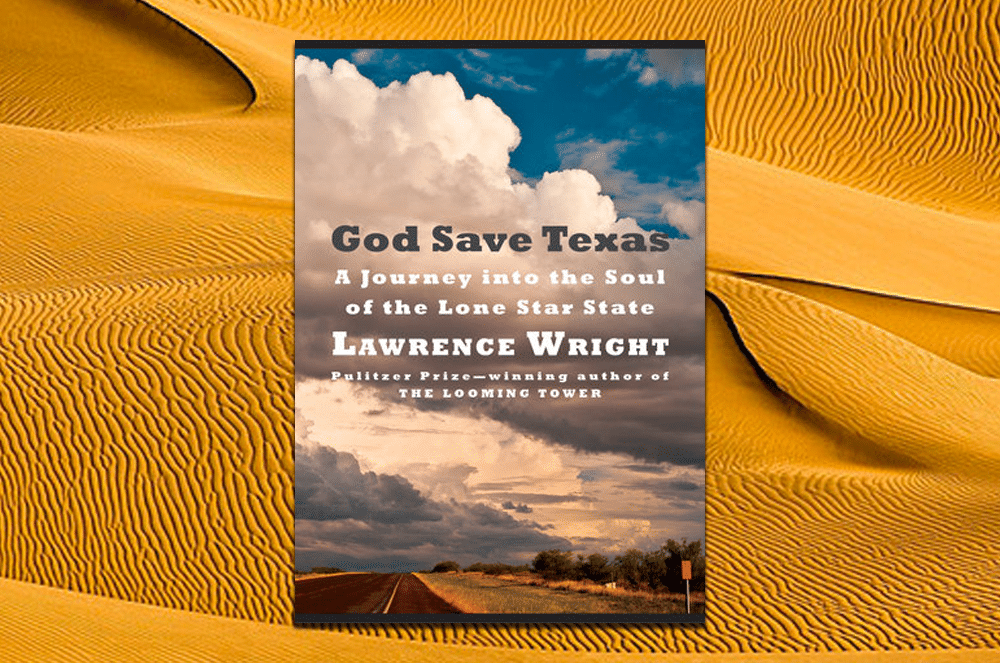 God Save Texas by Lawrence Wright

A somewhat late addition to our list (honestly, where is the buzz for this one?) both in terms of inclusion and how late we received our review copy, yet Lawrence Wright is an automatic add. Going Clear is pretty much the definitive book on Scientology (and unavailable for purchase in litigation-happy countries such as this one), and The Looming Tower is now streaming on Hulu and Amazon Prime Canada, based on Wright’s book and featuring the author on the writing staff, but God Save Texas feels like something of a meander for Wright. For one thing, it’s funny, with illustrations and some offbeat tales, and moreover, it’s less of an attempt to take down an institution than it is to present a compelling argument about how Texas may be more blue and cutting-edge than reports suggest, and especially in Wright’s hometown of Austin, (though certainly not limited to the city). (CT) 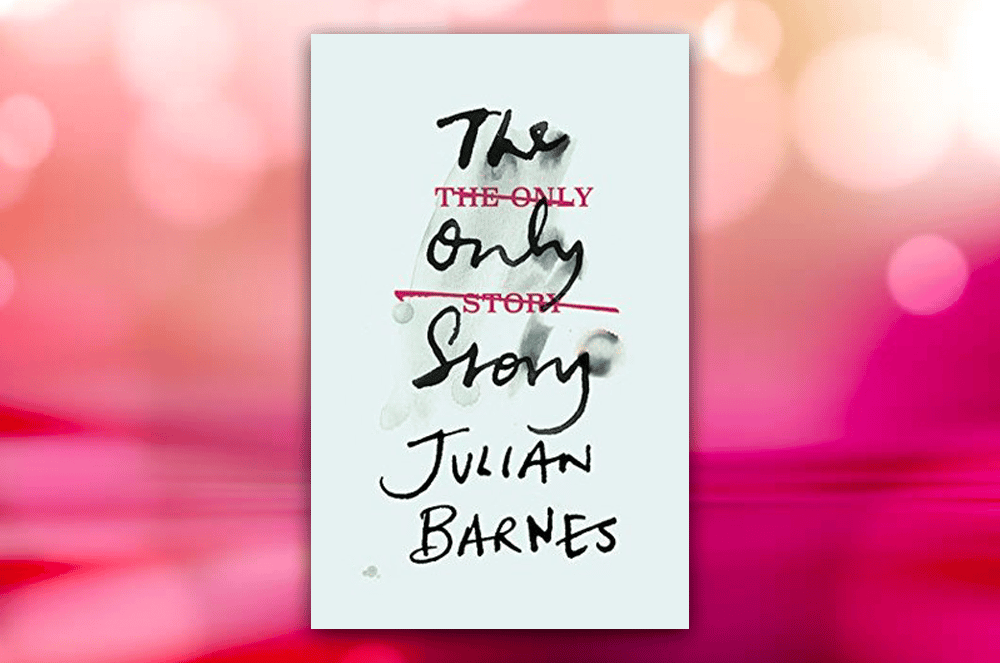 The Only Story by Julian Barnes

What begins as a repetitious reworking of Barnes’ The Sense of an Ending (both narratively and thematically), slowly evolves into a quiet meditation on love, aging and the harmful ripples of effect alcoholism can cause on loved ones. A beautifully told story of a May-December romance in 1960s England that progresses into so much more than that (no spoilers).  (LH)

(These all make for fabulous beach reads, or, more realistically, sitting-on-a-bench-in-the-still-chilly-weather-and-wishing-you-were-on-a-beach reads) 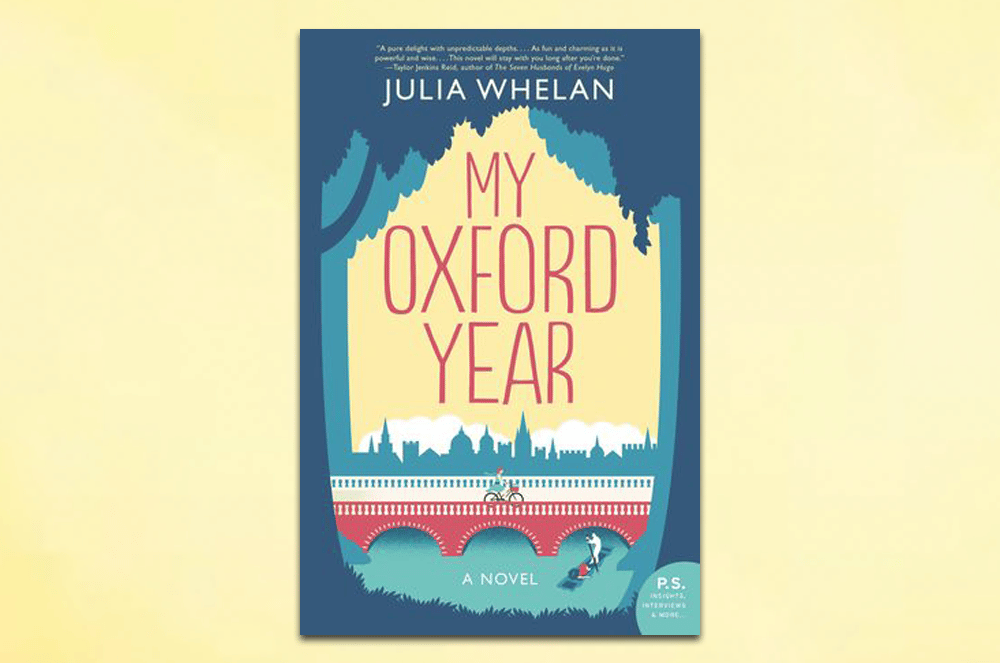 My Oxford Year by Julia Whelan

Soon to be an adorable rom-com movie starring Supergirl‘s Melissa Benoist, so get your copy now!  (LH) 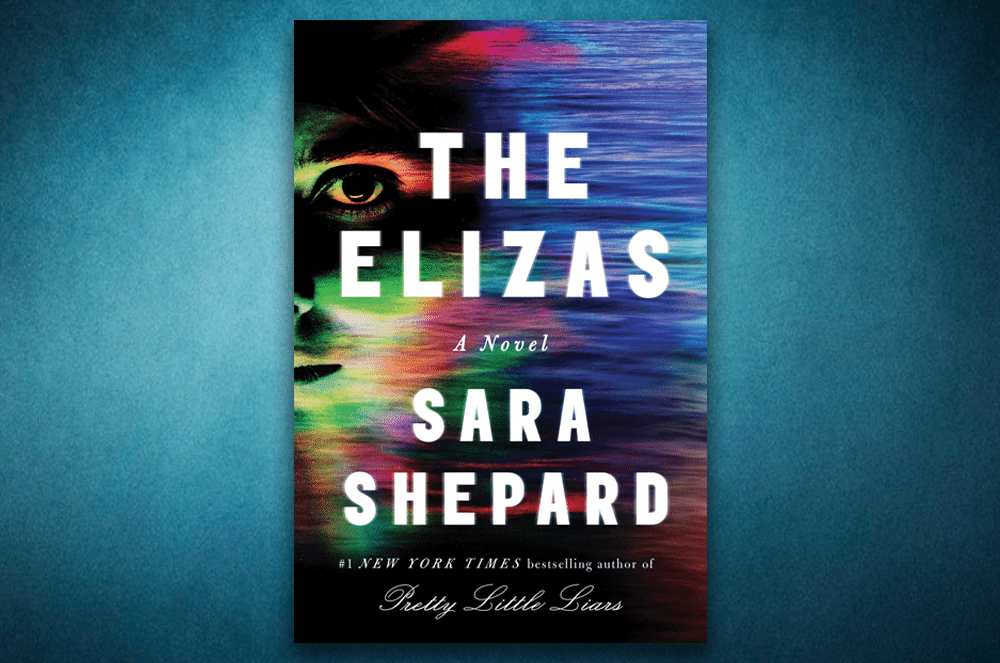 The Elizas by Sara Shepard

The publisher had me at “By the author of Pretty Little Liars” and I devoured the book in one sitting. (LH) 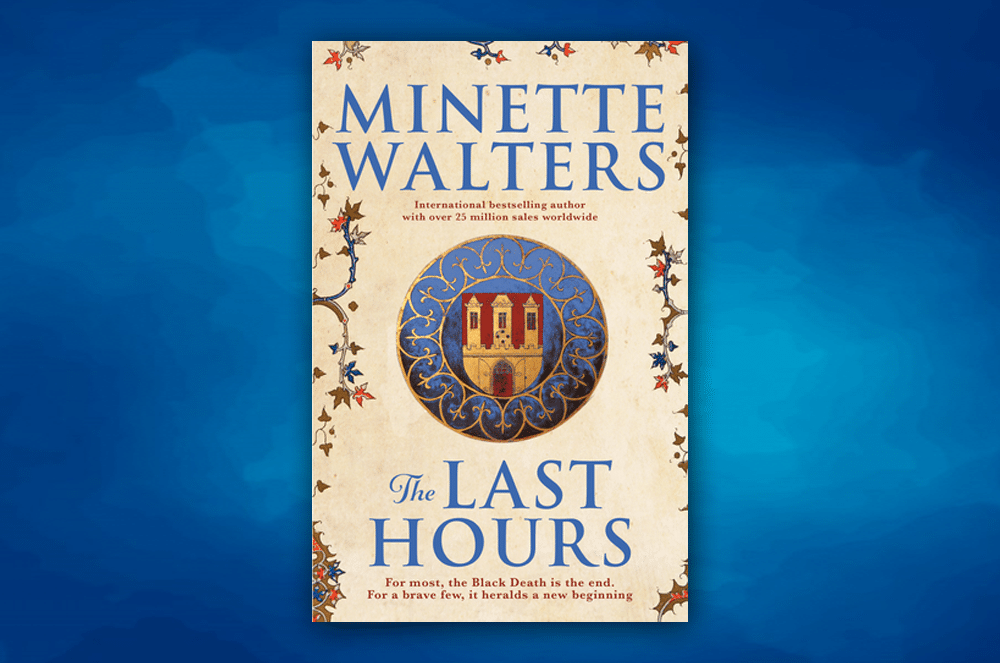 The Last Hours by Minette Walters

The “Queen of psychological crime fiction” has kept a low profile for the past decade but has now made her triumphant return with a bold historical novel (fictionalized, of course) that’s quite epic in scope and ambition. Already a huge hit in the UK, it’s equal parts Game of Thrones and Company of Liars. 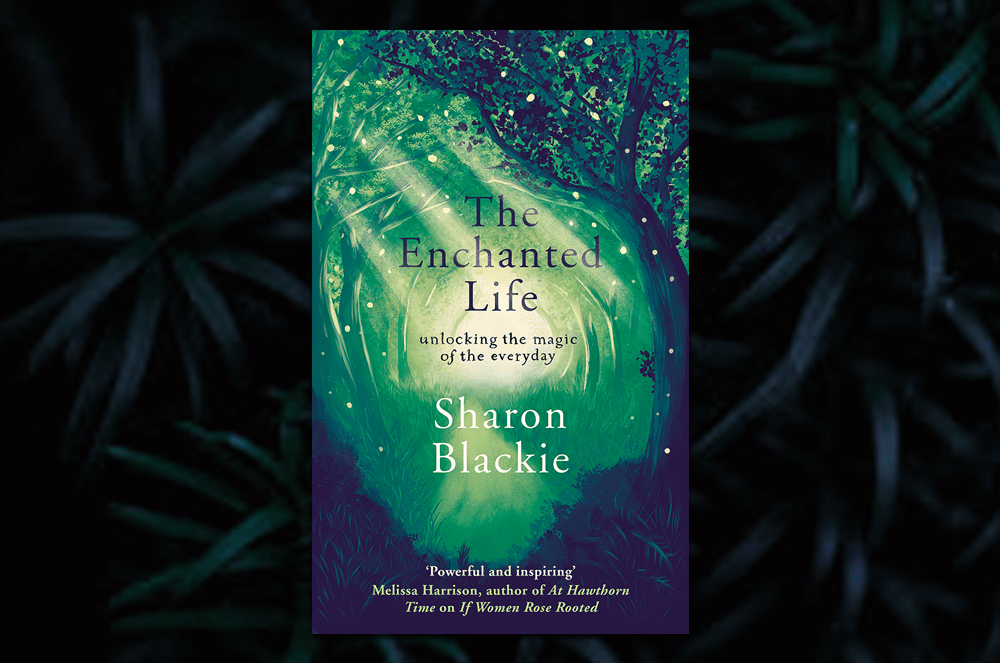 The Enchanted Life by Sharon Blackie

We all focus on spring cleaning our homes and yet why not spring clean our outlook on life? Blackie “unlocks the magic of the everyday” in this charming self-help book. (LH) 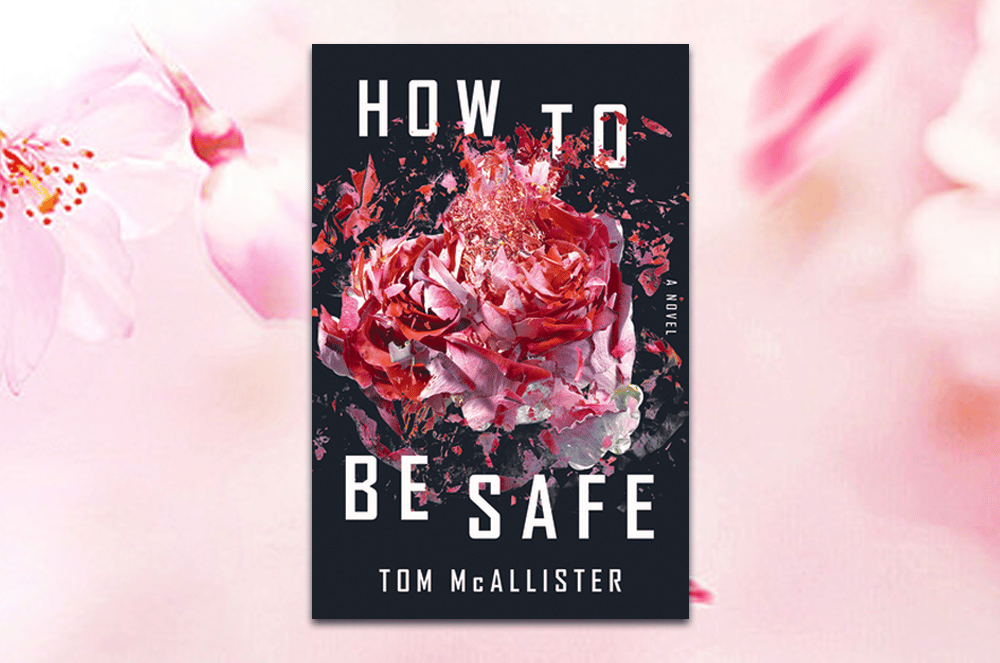 How To Be Safe by Tom McAllister 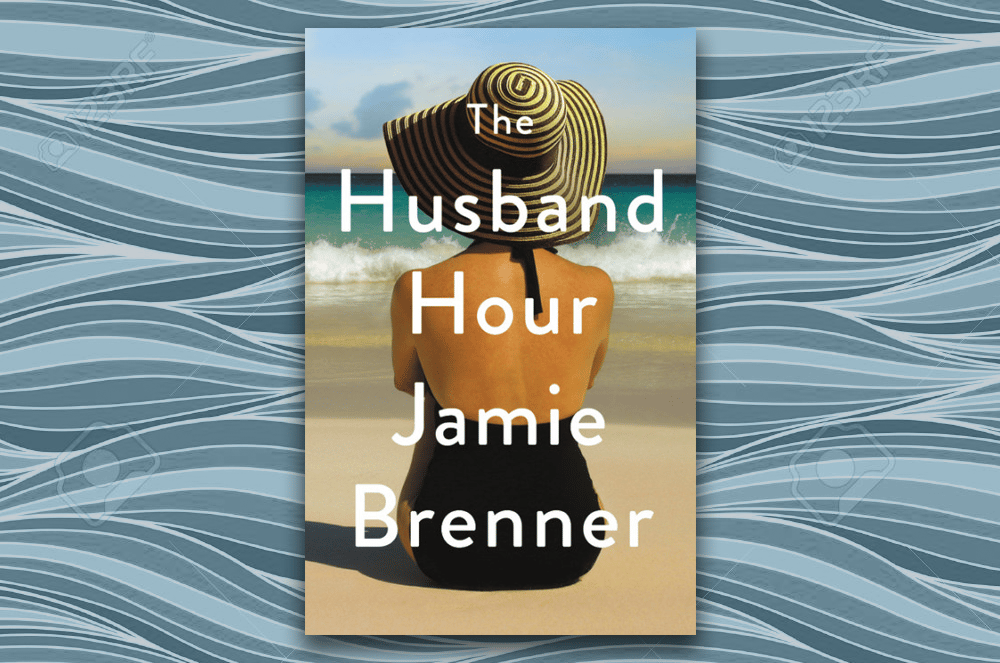 The Husband Hour by Jamie Brenner

Jamie Brenner is the Queen of beach reads (see: The Forever Summer, A Nantucket Wedding) and this one has already been recommended to our book club.