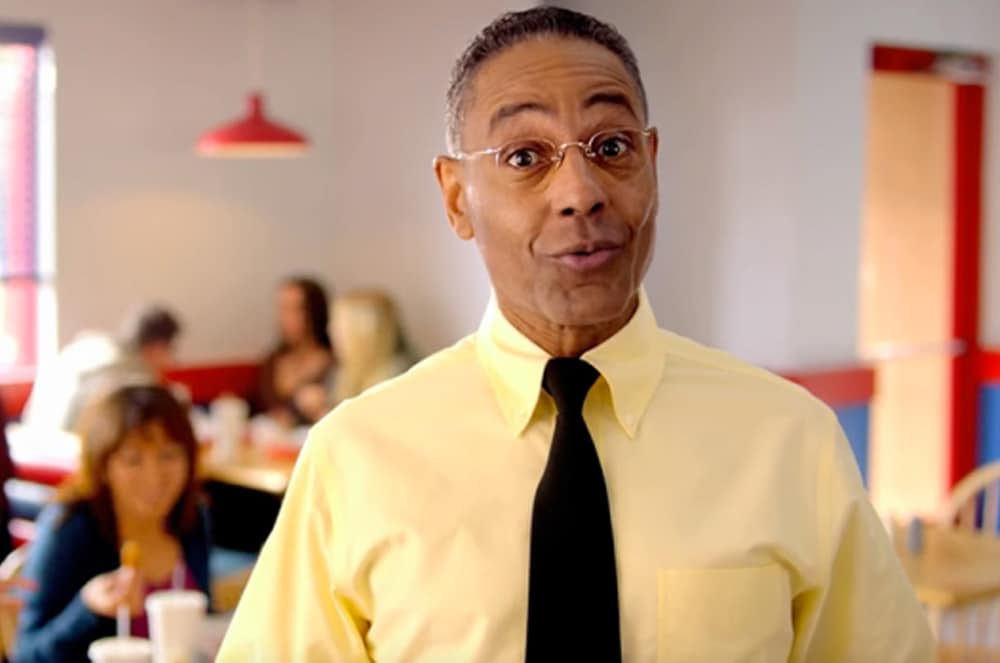 In an all too brief cinematic vignette, the beginning of Season 3 of AMC’s hit show Better Call Saul shows an extended, monochromatic look at Saul Goodman’s post-Breaking Bad life as Cinnabon manager Gene (jokingly foreshadowed by Saul himself in one of the final BB episodes). Whereas in previous seasons we’ve been shown glimpses of the newly hunched over, resigned and almost mute “Gene”, this season’s opening shows that he hasn’t altogether abandoned his former self. Co-creator (as well as writer and director of the season 3 opener) Vince Gilligan knows how to tease his devout fanbase, and leaves “Gene” in a similar position to where he left off Walter White at the climax of Breaking Bad (perhaps signaling that it is far from the end for either beloved character).

After this flash into the future, the narrative quickly turns to where season 2 literally left off. Jimmy (Bob Odenkirk) has been tricked by his brother Chuck (Michael McKean) into confessing on tape that he altered the Mesa Verde legal documents in order to ensure the account would be girlfriend/moral compass/law firm partner Kim’s (Rhea Seehorn). Meanwhile, Mike’s (Jonathan Banks) attempt at assassinating Mexican drug kingpin Hector Salamanca (Mark Margolis) has been foiled by an unknown foe who leaves a menacing note reading “Don’t” on his dashboard, just moments before Mike was set to pull the trigger on Hector.

For those who’ve seen the commercials leading up to season 3, you already know who’s been keeping a close eye on Mike. Yet Gilligan, as previously mentioned, knows how to taunt his audience, and the big reveal doesn’t happen until late into the second episode of the season. The looming figure of Gus Fring (Giancarlo Esposito) appears sweeping the floor, as Jimmy attempts to spy on a planned drug exchange taking place at the now infamous Los Pollos Hermanos. You don’t see his face in the frame but you know it’s Gus based on his gait and the knowledge, garnered from BB episodes, that he’s keenly aware of everything that occurs in his establishment. Later, when Jimmy tries to fish through the garbage, in the hopes of uncovering some sort of evidence of the nixed exchange, we finally get to see Gus’ full frame, in a shot that’s sure to have fans screaming with glee at their televisions.

After viewing the first two episodes we can safely say that Better Call Saul continues to elegantly toe the line between being a prequel to Breaking Bad and standing on its own as an engrossing study of how two men can evolve (and somewhat devolve/break bad) in a six-year period.