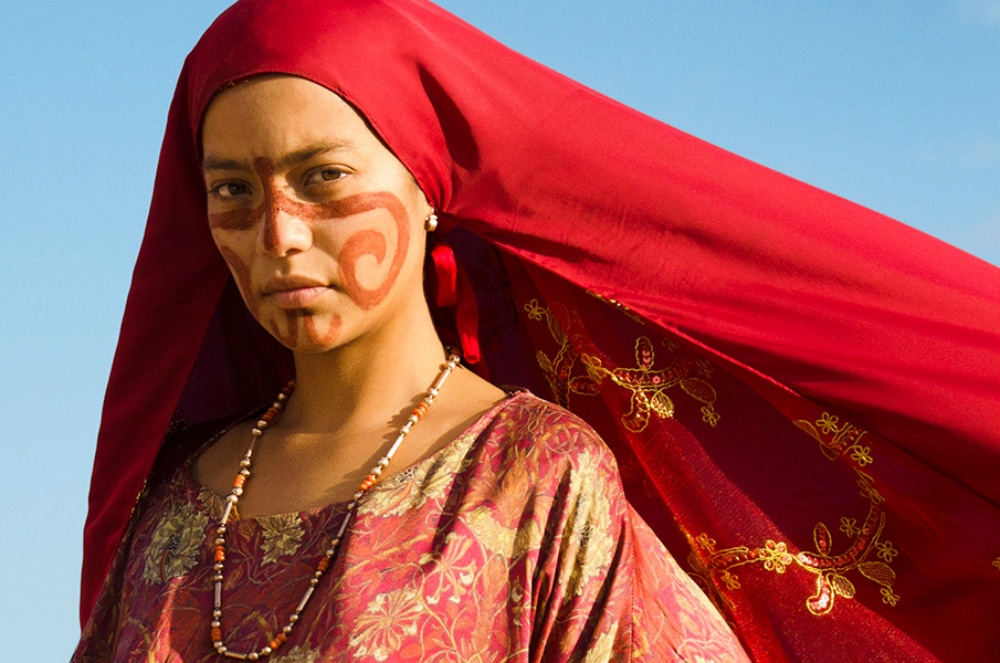 Drug trafficking movies are their own genre now, owing to a formula steeped in ambition, greed, and violence. In this basic respect, Birds of Passage, from directors Ciro Guerra and Cristina Gallego, is no different. The film follows the rise and fall of one family, in five parts, as it navigates the narcotics trade from the late 1960s to 1980. The surprise: though we know where this film is likely to go, the journey it presents feels extremely different.

That’s because Birds of Passage is set in the unique world of the Wayuu people from northern Colombia. Suitor Rapayet (Jose Acosta) needs a dowry to marry the daughter of proud matriarch Ursula (Carmina Martinez). Moving from coffee and alcohol to the marijuana trade (thanks to the advice of some pro-capitalist gringos), Rapayet, along with his friend Moises (Jhon Narvaez) and uncle Anibal (Juan Bautista Martinez), makes lucrative strides in business—without understanding their true cost. By foregrounding the Wayuu in this way, the familiar aspects of the film’s narrative give way to more enigmatic and powerful imagery. The film is filled with the dreams and visions of people we almost never see.

Birds of Passage positions itself as one small piece of a much longer ongoing tale, as per Wayuu storytelling tradition. Its sometimes stiff acting fits with this idea too, as if the actors are all carrying out preordained actions long forecast by fate. We too know the drill—but this time, we’re also lucky to bear witness.