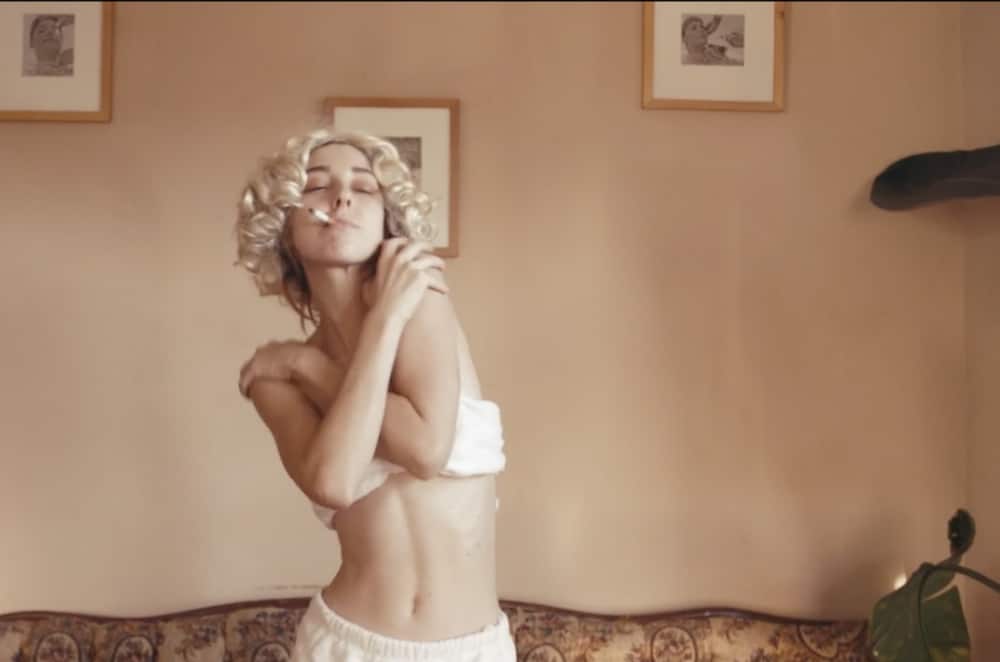 I’ve seen Wendy McColm’s fascinating first feature Birds Without Feathers, described as Todd Solondz meets David Lynch meets Federico Fellini, but this description doesn’t even begin to add up to its oddness. This is an experimental film with limited access to a wide audience, but this by no means is a comment on its worthiness. Quite frankly, my closest comparison is the Gregg Turkinton movie Entertainment (which I found mainly grating, with the exception of a brilliant scene involving Amy Seimetz). Birds Without Feathers is far more likeable and relatable than that one, as this doesn’t seem like an exercise in alienating its audience. It does, however, feature some brilliant observations and perhaps a couple of clunkers (more on this later).

First of all, a film should be judged based on expectations versus reality. I knew a little of McColm’s presence (from Mr. Right and MTV’s Hey Girl) and the film features her stamp almost everywhere. In addition to writing and directing, McColm is also listed as a co-editor, though an intriguing  “created by” credit, shared with Lenae Day, also in the film, suggests that this work may have already been in progress.

The music cues, (along with original music from Chris Maxson and the Mondo Boys), the wide angle shots and sense of framing reveal a confident auteur. McColm possesses a keen sense of style, especially for a first time director. What’s frustrating in the narrative style is that the multi-perspective approach is complex, as one character receives screen time at the expense of another. This democratic approach means once we are interested in McColm’s Neil / Janet, (and we are), or Jo, wannabe Instagram star captured by Day, we’re off to the next story. And I know they intersect, and yet the less we see a Russian cowboy obsessed with Jeff Goldblum, the better, despite what it says about the American Dream.

I would have been placated with more of McColm and Day and perhaps more improv and character approaches along the line of a repeated tune that’s All For You. There’s so much that’s relatable and revealing about Birds Without Feathers, it seems like it’s unnecessary to present the Feathers.