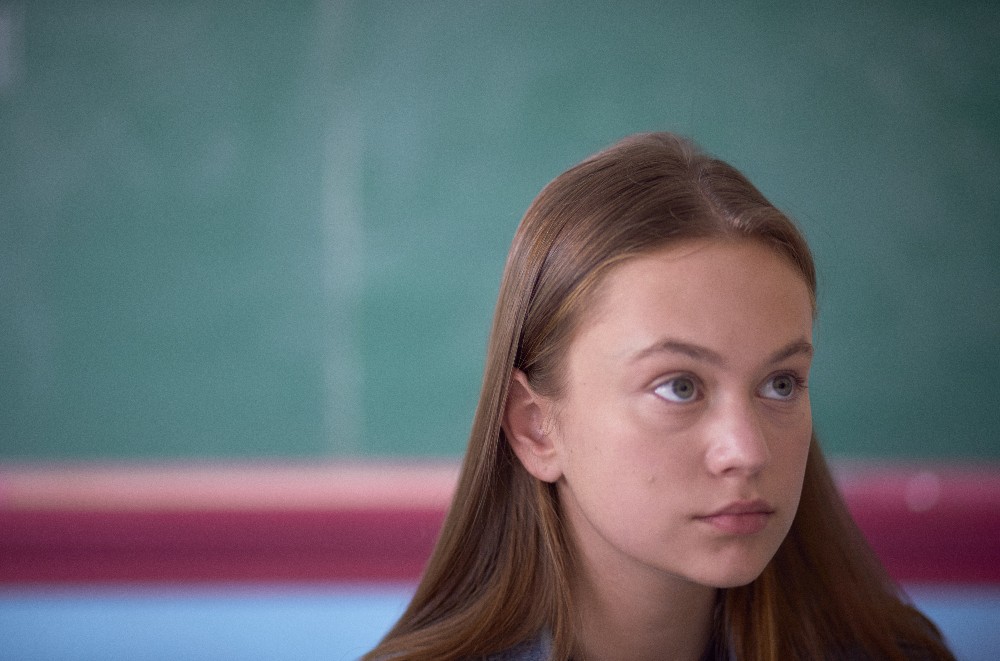 There are two simultaneous yet separate stories happening in Black Conflux, the new film by writer-director Nicole Dorsey. One is built around the coming-of-age of a teen girl, the other watches and waits on the actions of a male outsider. The anticipation of the meeting of these two characters is largely what drives Dorsey’s work—and leads it somewhat astray. Yes, while there are indeed two tales here, there’s but half a film.

Black Conflux introduces us to Ryan (Dennis Smarten), a nobody stewing at work and home, and struggling to fit in. He’s offset by Jackie (Ella Ballentine), a fresh-faced choir singer who’s finding her way in the wider world of boys and sex. Given this juxtaposition, a flint of unease sparks into Dorsey’s film: just what are we waiting for? Fortunately, we need not worry too much, there aren’t so many surprises in store. The film does settle into believable scenes of high school and the small-town living of 1980’s Newfoundland, though—the latter in particular to novel effect. In all, the elements here are familiar enough—young desire, male frustration, etc.—yet Dorsey does indeed shine at capturing their specific details. The performances, meanwhile, from Ballentine, Smarten, and others, feel of a piece with the film. The ideas here get articulated, but the overall tone is not as dynamic—or profound—as Dorsey hopes, or the actors seem to believe.

Setting aside some flights of Fellini-esque fancy that come with Ryan dreaming of the women he wishes he could know, the film’s most striking sequence arrives when Dorsey tracks her leading man into and out of a roadside bar. Suddenly, we’re dancing in a different direction, shown overwhelming emotion from some source beyond the basics of Black Conflux‘s twinned stories. That inspiration meeting execution doesn’t happen often; credit to Dorsey for finding that point.

Win advance screening passes to Marvel Studios’ Shang-Chi and the Legend of the Ten Rings!