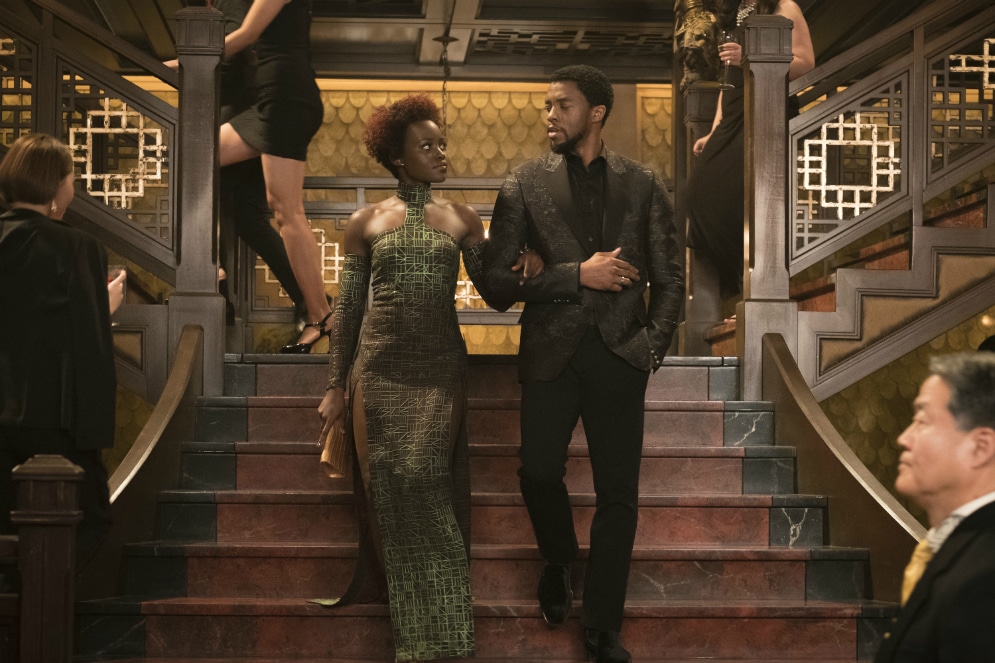 In the details, Black Panther indeed looks and feels unlike any other Marvel Studios film. For a company that’s lately lacked in central and out-sized African-American representation, the film stands as an accomplishment, and a pronounced course correction. This is a Black movie—yes, capital B—one that benefits every time it moves to that self-selected beat. And while Black Panther is not the first Black superhero film, thanks to the efforts of talented writer/director Ryan Coogler, it is (or will be, in every sense of the word) the most successful. That doesn’t mean the film is beyond reproach though.

Because in Black Panther‘s broader elements, it’s still very much a Marvel movie. The film is loaded with the same expository tonnage, the same weightless (and endless) fight sequences, and the same demands of backstory knowledge. Case in point: not one, but two prologues are needed before a jump to the present day. Here we meet T’Challa (Chadwick Boseman) on the way to Wakanda, his homeland, after the death of his father (see: Captain America: Civil War). He’s to become king of the world’s most advanced and secretive nation, powered as it is by vibranium, an invaluable substance. For a long third of the film, as we meet T’Challa’s contemporaries, all is well. Except then swole Andy Serkis as Claw (see: Avengers: Age of Ultron) steals some vibranium, and all is decidedly not well. The script, written by Coogler and Joe Robert Cole, does an admirable job moving the film along as fast as it can, but there’s a lot to get through here—including a fun dynamic with Letitia Wright as T’Challa’s Q-like sister, a romance with Lupita Nyong’o, and the preachings of Forest Whitaker. Past the usual pyrotechnics and all that plotting though, we do eventually get to the film’s true strength: Michael B. Jordan.

Jordan saves Black Panther from feeling like an extended history lesson with bits of globetrotting (and fighting) tossed in. His character Erik Killmonger is the best kind of villain: one certain in the morality of his decisions. It’s no coincidence that he and Coogler have now worked together on all of the latter’s films; Jordan brings a charisma to the proceedings that not even Boseman, stoic as all get-out, can match. As such, whenever Killmonger is on screen, the film truly comes alive. I won’t spoil how Coogler ultimately weaves these two characters together, but suffice to say: the details are worth it. (DR) 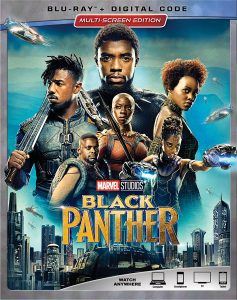 When I receive review blu-ray copies of films I usually immediately click through to the gag reels on the discs because, in most cases, they’re the highlight of every blu-ray package. In Black Panther‘s case, however, I found myself engrossed in director Ryan Coogler and production designer Hannah Beachler (Moonlight, Lemonade)’s commentary track wherein they discuss in intricate detail crafting the look of the film. Also, after watching Avengers: Infinity War recently (and having seen every single Marvel Studios film over the years), I appreciated the ‘Marvel Studios: The First Ten Years – Connecting the Universe’ featurette that provides an enlightening and informative overview of all the MCU films. Looking ahead to the next film in the MCU, I found the two minute “Sneak Peek’ of Ant-Man and the Wasp to be a cute tease as to what’s to come in the anticipated summer blockbuster. (LH)