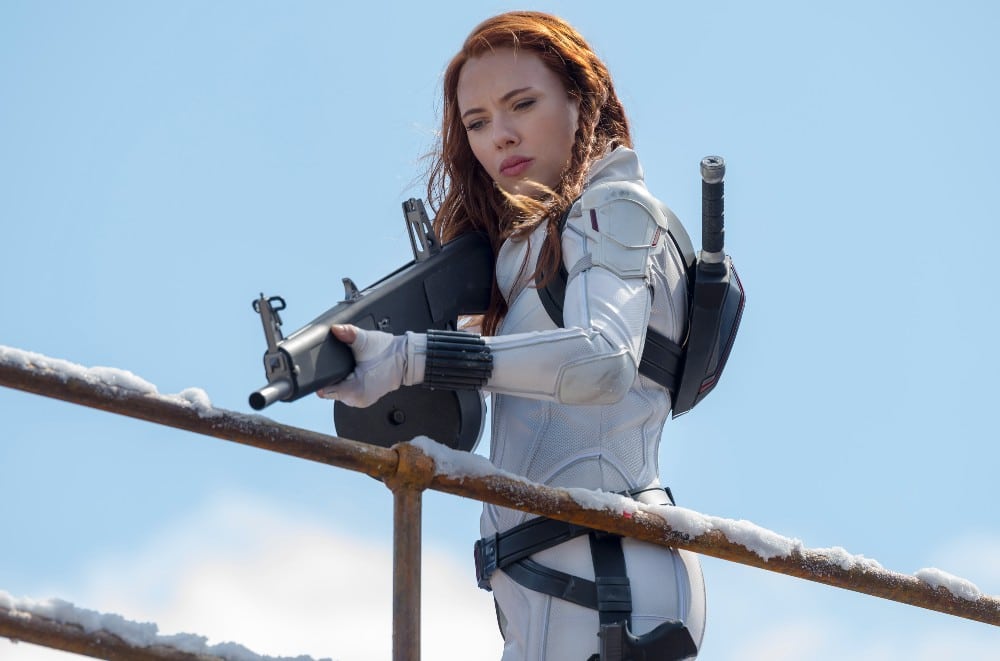 To mix animal metaphors, there’s a bit of a chicken-and-egg problem with Black Widow. The character was created in 1964 when a sexy Soviet spy with questionable loyalties was both an easier sell and a fresher concept. This is not quite the case now with this latest Marvel cinematic offering, the first after an extended pandemic-induced break from theatres. So, the problem: was this film always going to be bland or was there something more director Cate Shortland could have done?

I shade towards the former if only because the Marvel cinematic process is now so efficient the films seem to direct themselves. In Black Widow, we’re reintroduced to Natasha Romanoff (Scarlett Johansson) during the “civil war” period of the Marvel universe (Google it); we also see her childhood, which feels shaped by episodes of The Americans, with many fights and explosions to follow. Despite this overfamiliarity, watching Natasha reconnect with her erstwhile family—including David Harbour (having fun), Rachel Weisz, and the film’s real star Florence Pugh—is enjoyable. It’s when the edicts of The Plot inevitably get going that the film grows tiresome. As written by Eric Pearson, this involves the mysterious villain Dreykov (Ray Winstone, trying his best to be Russian), mind-controlled assassins, and Natasha’s mission to heal old wounds. It also involves many action scenes, which are supposed to be the real draw. Those scenes, however, feel lifted from other better (or at least more original) films; they’re also so CGI-inflected they induce numbness rather than excitement. In fact, Johansson herself seems a bit bored, like she too is just working her way to the end.

Finally, there’s something icky about Black Widow and its borrowing of real-world issues and history to inform its villain’s nefarious actions. As motivation on paper for the film’s heroes, this is fine enough. But Marvel’s slick production—to say nothing of its corporate ties to America’s military-industrial complex—makes it feel like a piece of propaganda. Sadly, there’s really nothing Shortland—or anyone else—can do about that either.