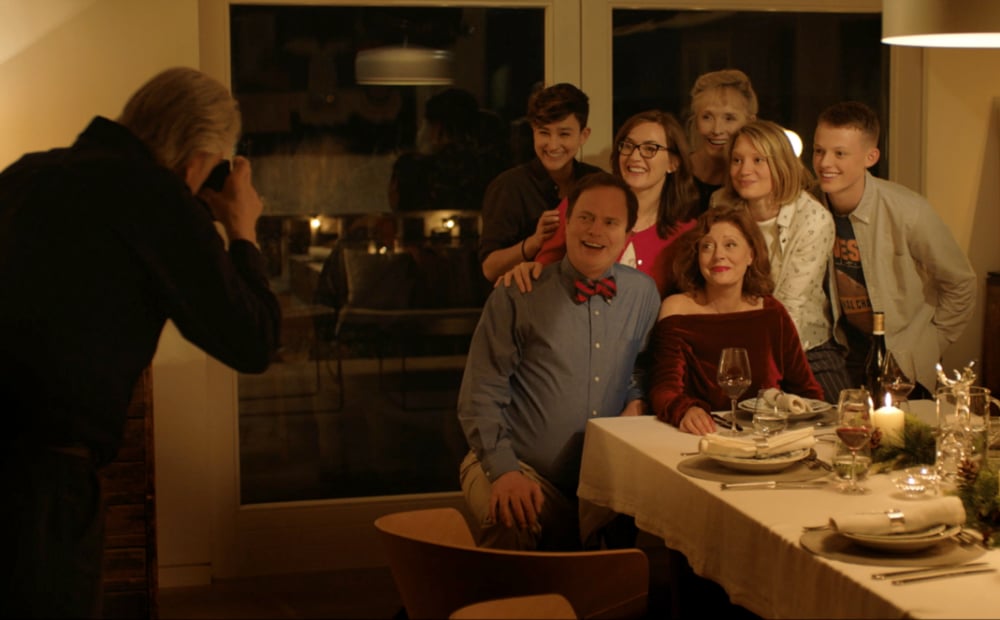 The setup in director Roger Michell’s Blackbird is simple. We’re in a beautiful house, in some wondrous countryside, watching a family gather in celebration. From the start, however, it’s made clear that the mother of this particular brood, Lily (Susan Sarandon), is ill, which casts a pall over the proceedings. Still, as written by Christian Torpe—crafter of the original Danish film—nothing here gets more complicated than that.

That’s not to say Blackbird is without merit. The people who enter the frame are indeed all characters in their own way, brought to life by some delightful actors. Oldest daughter Jennifer (Kate Winslet) is brittle and controlling. Her husband Michael (Rainn Wilson), meanwhile, tries to keep up. The prodigal sister Anna (Mia Wasikowska) carries on too, bringing with her some drama (and an erstwhile partner in Chris, played by Bex Taylor-Klaus). There are also places for grandson Jonathan (Anson Boon), his grandfather Paul (Sam Neill), and longtime friend Liz (Lindsay Duncan). This means something considering the subject of the film is family—and all the history that comes with that. But what’s actually at work here is a modest dramatic treatise on euthanasia. As you can imagine, while Lily’s terminal sickness is serious, the shadow cast by assisted suicide is darker still. So while Michell’s film does capture the specific vibe of a family struggling through a crisis while insisting everything is fine, it’s stuck with no place else to go.

What’s more, we’ve seen all these people before—the sassy matriarch, daughters good and bad, the fuddy-duddy husband, the kindly grandpa, etc. Their combination does spark a little magic because the acting talent is so evident, the warmth of the film’s presentation so obvious, the maudlin strings of the score so insistent. But could there be more? Should there be? Ultimately, it becomes easy to make a film like Blackbird, such as it is, because—as Sarandon opines at one point—it appears all anyone had to do was show up.