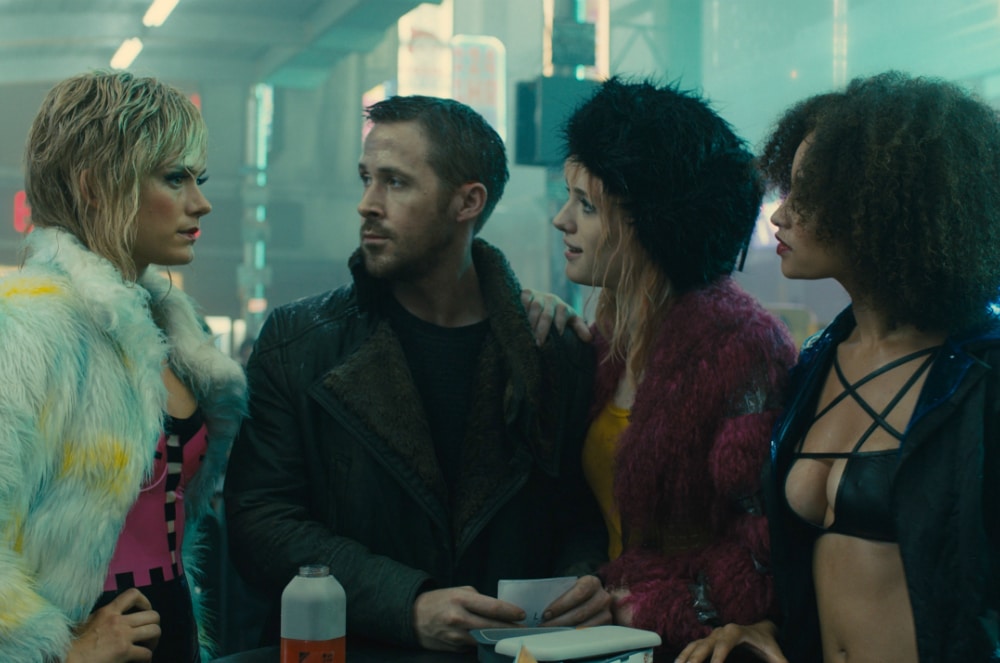 The film Blade Runner 2049 may not have played the Toronto International Film Festival as many expected, but it didn’t need the showcase of TIFF to show off. It’s a gorgeous film, and the credit must go to Roger Deakins as a cinematographer, as the images jump off into our subconscious (seriously, how does this man not have an Academy Award?!). Denis Villeneuve surrounds Deakins’ lush camerawork with some serious craftspeople, such as Joe Walker’s editorial work, Vancouver’s Dennis Gassner [Production Designer], Alessandra Querzola making her first turn as Set Decorator, Canadian Renée April [Costume Designer], six (!) Art Directors, and a whole host of Hungarians, (the film was shot in Budapest), along with an incredible group of collaborators.

The defining leitmotif of Blade Runner 2049 is that of light and coolness, and Blade Runner 2049 delivers perhaps the best experience as a film from this past year (perhaps neck and neck with another WB film, Dunkirk). Look, the screenplay was a little unfocused, Jared Leto seems miscast as Niander Wallace, Harrison Ford takes way too long to arrive as Rick Deckard, the ending seems to be unlike where it seems to be heading, and there are some rough patches, but it holds its own for two and a half hours, and only a few studio movies can say the very same. We have already singled out Ana De Armas for her brilliant turn as Joi (the hologram that wishes she was more), but we’d be remiss if we didn’t mention David Dastmalchian, Wood Harris, Robin Wright, Dave Bautista, Sylvia Hoeks, Hiam Abbass, Barkhad Abdi, Mackenzie Davis as Mariette and Krista Kosonen as Doxie #2, (she is the one who insults Reliant K as a “fucking Blade Runner” and in Finnish!). It’s a small but incredibly talented and diverse supporting player group, propping up Gosling’s K, (Gosling looks the part of android). Villeneuve is a capable lensman, (though some are partial to Jean-Marc Vallee), and his English films from Sicario to Arrival to Enemy and Prisoners all suggest a different vision, but he is capable at least to get films like these made.

Blade Runner 2049 is a massive undertaking and, for the most part, it succeeds in being a jaw-dropping vision and worthy continuation of Blade Runner. It gets us thinking about the nature of consciousness and being human, but more than this, it looks like a movie that cannot help but implant itself into our consciousness. 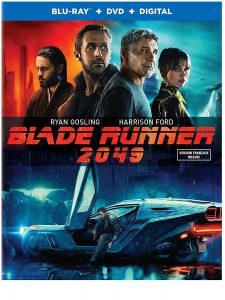 Tons, from “Familiarize Yourself with the World of Blade Runner” to “Your Entry into the Visionary Spectacle” but the best special features are the inclusion of the three prologues, “2022: Black Out (Anime)”, “2036: Nexus Dawn” and “2048: Nowhere to Run”. These prologues, overseen by Villeneuve, fill in the gaps of the years in between. They’re available on YouTube, but so much better in this package.

It’s a masterpiece of film in a giant atmosphere, so watch the film in the comfort of your home in a big way.