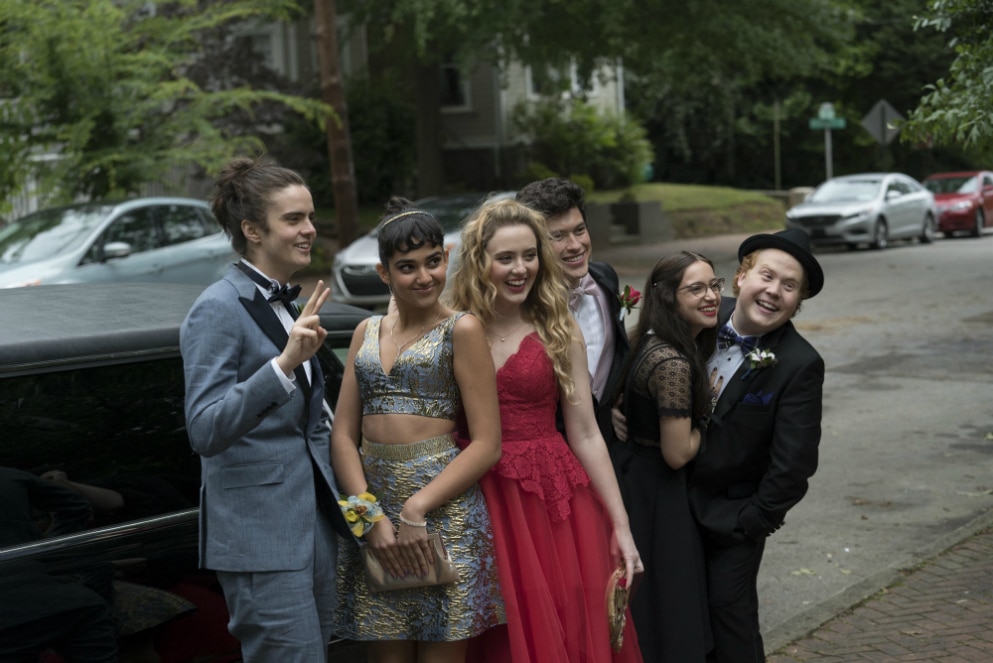 I was pleasantly surprised by Blockers, the new film from the Pitch Perfect series’ writer/director Kay Cannon. Though the initial preview and subsequent advertising (and the fact it was written by two dudes), made it seem like a raunchy comedy about teen sex, Blockers is actually quite sweet. Rest assured there are still plenty of scenes of lewd comedy, including ones involving John Cena’s butthole, Gina Gershon and Gary Cole frequently nude, and a graphic explanation of what emojis actually mean to teenagers. Yet buried underneath these R rated sequences is a heartwarming story about the power of female friendships, LGBTQ acceptance and recognition of the double standards in male & female teenage sexuality.

The comedy begins with three friends – All-American Julie (Big Little Lies‘ Kathryn Newton), sporty Kayla (outstanding newcomer Geraldine Viswanathan), and adorkable Sam (Gideon Adlon in a magnetic performance), who share a lifelong friendship and, on prom right, make a pact to lose their virginities at the same time (call it a flip on the American Pie formula). The humour arises from their square parental units, who include the aforementioned Cena as suburban Dad Mitchell (Cena’s against-type acting is actually one of the standouts of the movie), the clingy Lisa (Leslie Mann), and the, well, let’s just say Ike Barinholtz has played this character many times before (his name was Hunter). The three parents essentially spend one long night in Chicago (looking nothing like the actual Chicago), trying to get a handle on their daughters, whilst not actually coming to grips with the fact that the teenaged trio are all handing their business in a very adult fashion (mainly).

One wonders how much script improvement was offered by Cannon herself, and one also wonders how many attempts were made to reference earlier Universal Pictures films, (by my count, American Pie, Love Actually, Pitch Perfect, Pitch Perfect 2, Snow White and the Huntsman, the entire Fast and Furious series….) and Pitch Perfect alum Hailee Steinfeld’s hit single plays a big role as well. The girls exhibit excellent chemistry with each other, and there are extremely positive and timely messages put out by the film, which was generally quite unexpected from a mainstream balls-out (literally) comedy. Not every joke hits, and while it may not have gone all the way (in delivering a perfect film), at least it has a happy ending.