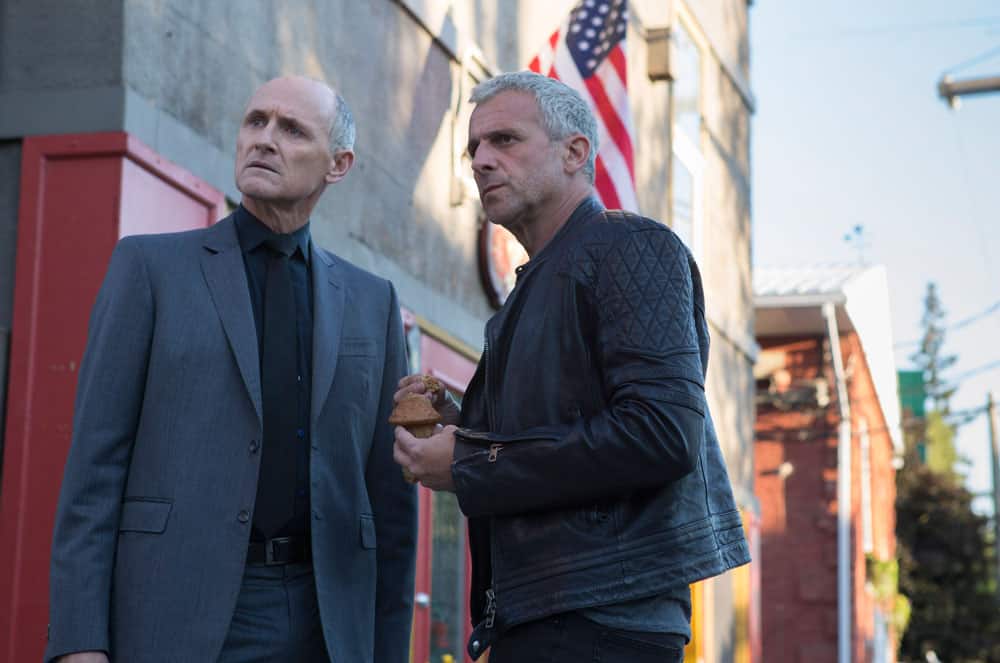 On Wednesday night, we were honored to be a part of the Toronto red carpet premiere of Bon Cop Bad Cop 2 at Scotiabank Theatre in downtown Toronto. We spoke with the film’s stars, Canadian icons Colm Feore and Patrick Huard (who also wrote the screenplay and produced the film), about how they’re so alike, right down to their cooking techniques (hint: it involves the graphic killing of a lobster).  We also chatted with the film’s composer, popular musician Anik Jean (who some may recognize as Huard’s wife) about her love of bad boys (cops or otherwise).

The following morning we were delighted to sit down with the director of Bon Cop Bad Cop 2, Alain Desrochers at Entertainment One headquarters, who said of composer Jean, “She had to work very hard, because she had the pressure of her husband, she had the pressure of satisfying a director, so she had a lot of pressure, but she did a great job”. Desrochers said of Feore and Huard, well, he actually said it in French, but I will translate, that no one can compare.

Check out our exciting interviews below: