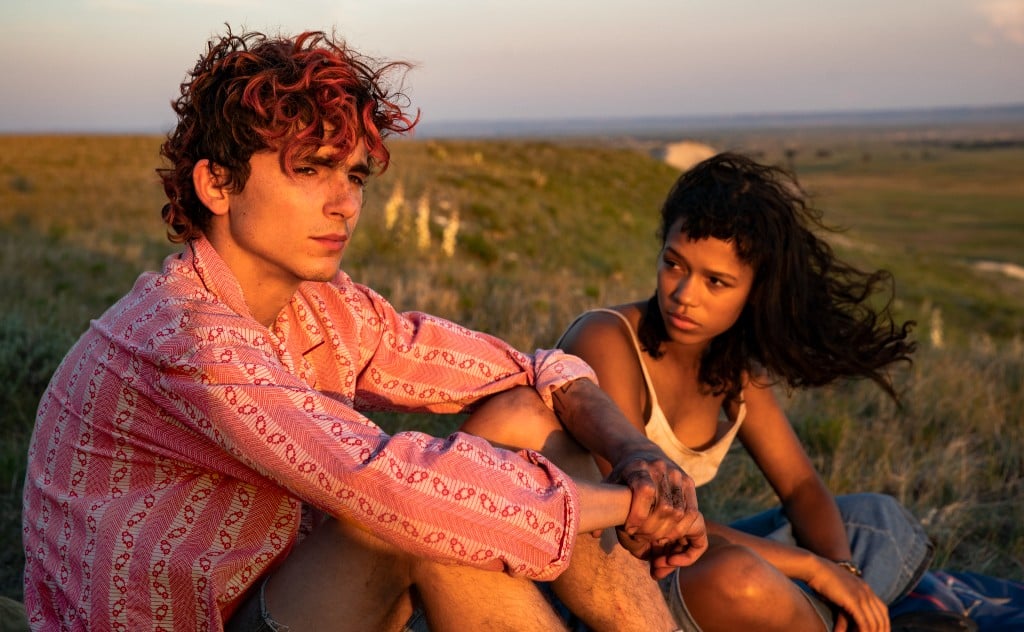 As a road movie, director Luca Guadagnino’s Bones and All succeeds in parts. The film’s visuals and sense of place speak to the quality of its production; there is suspense and intrigue in its journey; and if you’re a fan of the gruesome, well, there’s that too. (No expense was spared in the foley work, that’s for sure.) Despite the violence at its core, however, the film only pumps the blood halfway.

As revealed with an early shock, Maren (Taylor Russell) is a cannibal. Her compulsion to feed is left largely a mystery, but she assumes her condition, from which her father (Andre Holland) is clear, must have come from her absent mother. So Maren sets out to find her. As written by David Kajganich, it’s a straightforward premise, filled with others like its central heroine. This includes love interest Lee (Timothée Chalamet) and creeper Sully (Mark Rylance), both of whom come to want something from her. The vertices of this strange triangle warp in and out of the frame as the film’s drama finds its point through various digressions that work (or don’t) depending on your tolerance or patience. To Guadanino’s credit, he knows how to capture the slow-burn passion and longing of his young actors, particularly in those easy golden hours of middle America; he’s not nearly as careful with his class and societal metaphors while out there though—or even with his casting. (Rylance is unsettling enough, but I’m not sure I’d go with Michael Stuhlbarg to play a backwoods Kentuckian.) It’s Guadagnino’s muddled choices that undermine the force of his film.

While Bones and All doesn’t quite make it as an epic romance or moving tragedy about outsiders, Russell’s performance still grounds it in something real and fragile; we care about her while being wary too. Like Maren, Guadagnino’s film is yearning to amount to more than what it is. But true to its title, once we’ve had our fill, there’s not much left.